Amid dramatic cabinet resignations over the government’s stance on Brexit, long-standing health secretary Jeremy Hunt has been promoted to foreign secretary and replaced by West Suffolk MP Matt Hancock.

These appointments came after the resignations of Brexit secretary David Davis and foreign secretary Boris Johnson over Theresa May’s ‘Chequers plan’ for leaving the European Union, which they felt retained too many aspects of the UK’s current relationship with the E.U.

Mr Hancock follows in Mr Hunt’s footsteps as a culture secretary making the jump to health. He was Secretary of State for Digital, Culture, Media and Sport from 8 January 2018 to 9 July 2018, and before this was digital minister from July 2016 to January 2018.

He joins the Department of Health and Social Care shortly after Mr Hunt – who recently became the UK's longest serving health secretary – secured a £20 billion funding boost for the NHS in England over the next five years.

He has been described as having little experience with healthcare, but is known to be a keen advocate for technology. Mr Hunt said this "brilliant understanding" would serve the NHS in a tweet congratulating Mr Hancock:

The Pharmaceutical Services Negotiating Committee congratulated the new health secretary on his appointment and sait it "looks forward to working with him to develop community pharmacy services for the benefit of patients, the NHS and pharmacies."

NPA: An opportunity we can't afford to miss

A spokesperson for the National Pharmacy Association said: "Jeremy Hunt was the longest serving health secretary and his legacy will be felt for some time to come.

"What happens in the future as a result of the long-term NHS plan will also be significant in shaping how history sees his period in office.

"Matt Hancock will have to grapple with many of the same challenges faced by his predecessor, to which community pharmacy offers compelling solutions – including getting to grips with the prevention and management of long-term conditions.

"We have already written to Mr Hancock, to congratulate him on his new role and highlight the many benefits of a vibrant community pharmacy sector.

RPS: We look forward to working with Mr Hancock at this crucial time

Sandra Gidley, chair of the Royal Pharmaceutical Society’s English Pharmacy Board, said: “This is a crucial time for the health service and we look forward to working with Matthew Hancock, his Department and NHS England as they move forward on developing a long-term plan for the NHS.

“We know that the NHS needs to make the most of the whole of the health and care workforce, whether that is supporting the growing numbers of people living with a long-term condition, or helping achieve he ambition of 21,000 more mental health professionals in the NHS by 2021.

“We will be writing to the new health secretary, offering him help in getting up to speed with what the third largest health profession can deliver for patients.”

Sustainability the "overwhelming challenge" for Hancock

Niall Dickson, Chief Executive of the NHS Confederation, said: “The great survivor as health secretary has moved on. His legacy will be a better settlement for health than many had expected and a real focus on patient safety.

“He inherited a tangled mess of a reorganisation from his predecessor and he had to live with a succession of austere funding settlements which were never going to meet rising demand.

“Given so little to play with, Hunt deserves credit for helping to keep the show on the road, but the health service - better in many ways - has also slipped back when it comes to meeting many of its core standards.

“His successor has one overwhelming challenge - how to help the NHS and the social care system to become sustainable in the face of rising demand and a severe workforce crisis.”

All well for HLP registration until March 2019 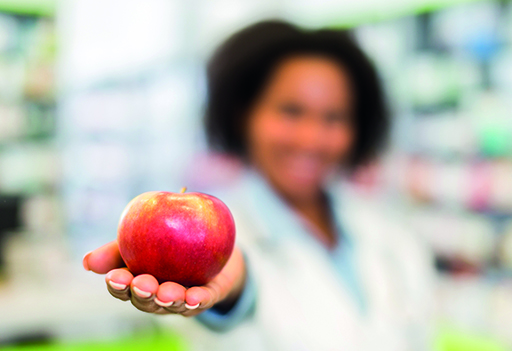