March is a big month for raising awareness of women’s health issues, with both endometriosis and ovarian cancer awareness campaigns underway

Endometriosis and ovarian cancer remain somewhat taboo topics, even though both conditions affect a significant percentage of the female population. Early diagnosis can prevent debilitating effects and save lives, so it’s time for pharmacy teams to get talking. 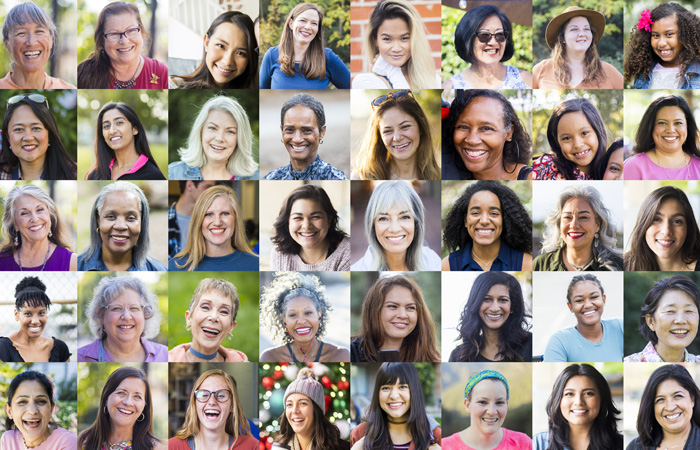 Endometriosis Awareness Month aims to tackle the fact that 54 per cent of people don’t know what the condition is and cannot name a single symptom. 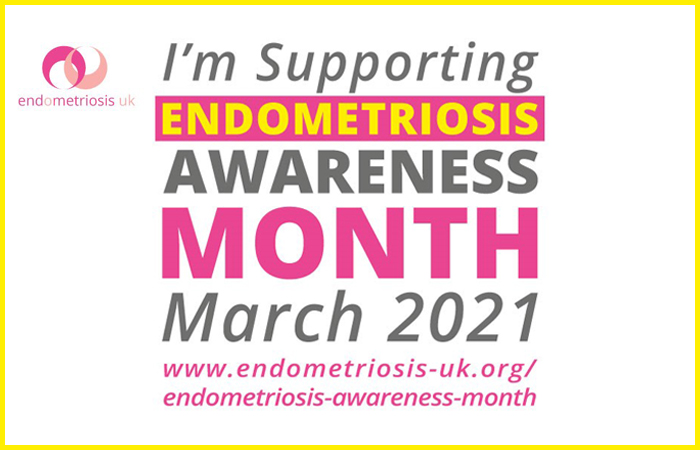 This March, pharmacy teams can help raise awareness and encourage open and acknowledging conversations about endometriosis and the importance of timely diagnosis. “There is so much work to do to ensure that everyone recognises the symptoms and impact of endometriosis, and how to seek help,” says Faye Farthing, campaigns and communications manager at the charity Endometriosis UK. “Without an understanding of the symptoms of endometriosis, those with endometriosis will continue to suffer in silence, without knowing what they are experiencing isn’t normal. Not only can delayed diagnosis cause the disease to worsen, but it can also have a huge impact on people’s education, work, relationships and mental health.”

According to Endometriosis UK:

Endometriosis can affect menstruating girls and women of any age, regardless of race or ethnicity. It is a long-term condition that occurs when tissue that is similar to the lining of the womb starts to grow in places that it shouldn’t, such as the fallopian tubes. Every month these cells react as they would in the womb and break down, but there is nowhere for them to go.

Some of the resulting symptoms include:

Endometriosis can cause chronic pain and inflammation, as well as forming scar tissue, and can have a significant impact on an individual’s quality of life. “Having an awareness of the symptoms and impact of endometriosis is key, so that anyone who might be suffering with the symptoms can be pointed in the right direction of care and support,” explains Faye. “Whether someone presents with suspected symptoms such as painful or irregular periods, chronic pelvic pain, painful bladder and bowel movements and fatigue, and needs access to pain management, or needs signposting to the GP for them to undergo more tests, having an understanding of the symptoms and impact of endometriosis can go a long way in supporting the 1.5 million women with endometriosis in the UK.”

To coincide with the start of Endometriosis Awareness Month, Endometriosis UK has published a new survey that reveals 62 per cent of women, aged 16-54, would put off going to a doctor with symptoms of endometriosis, rising to 80 per cent of 16-24-year-olds. Reasons for this include not thinking it's serious enough to bother a doctor with, embarassment, thinking they wouldn't be taken seriously and thinking that the symptoms such as painful periods are normal.

“Myths such as 'chronic period pain is normal' or 'you must have a low pain threshold' manifesting in society, workplaces, schools, and even healthcare settings contribute to those experiencing symptoms being put off from seeking medical advice and contribute to diagnosis taking on average a shocking eight years,” says Emma Cox, Endometriosis UK's CEO. “The impact of delayed diagnosis on people’s physical and mental health can’t be overstated. If undiagnosed, the disease may progress, and negatively impact people’s careers, education, relationships and all aspects of their life.”

Faye adds that it’s vitally important for people working in healthcare to take any discussions about period pain seriously. “Acknowledging people’s pain and not dismissing it is key to helping people get to the right diagnosis for their condition,” she says. “Although not all painful periods are a sign of endometriosis, it is one of the common symptoms that many experience.”

It is also important to remind people that endometriosis is not infections or contagious, nor is it a cancer, and that there is treatment available.

This month, Endometriosis UK wants to #EndoTheStigma by encouraging people to be more open about the condition by talking, acknowledging and understanding the condition. Pharmacy teams can help to raise public awareness of its symptoms and its impact. “You can also do simple things like having the Endometriosis UK symptom flyer available in your stores, that people could read when waiting to speak to you or to receive their prescription,” Faye suggests. “Raising awareness is also absolutely vital amongst the medical community. It currently takes on average eight years to diagnose endometriosis – a statistic that hasn’t changed in over a decade. And every healthcare practitioner, including pharmacy teams, can play a pivotal role in supporting people with endometriosis.”

In the UK, almost 7,500 women are diagnosed with ovarian cancer every year and it is the sixth most common cancer in women in the UK. In addition, a woman dies from ovarian cancer every two hours in the UK and the country had one of the lowest survival rates in Europe for the condition, according to the charity Ovarian Cancer Action. 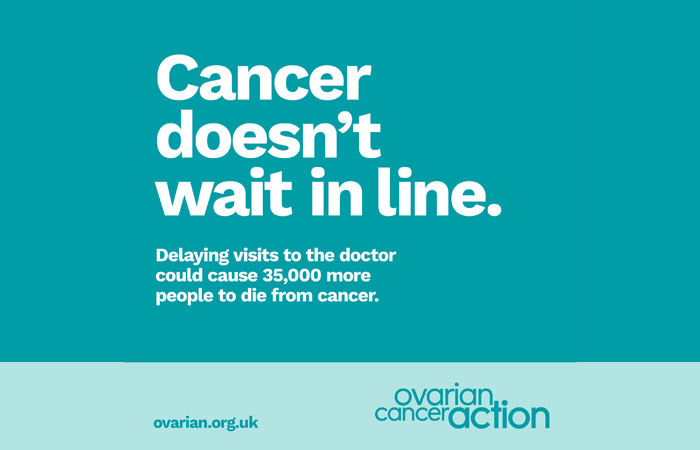 Ovarian cancer can affect women of any age, but it is most common in post-menopausal women. Four main symptoms pharmacy teams can encourage women to look out for include:

As with many cancers, the earlier ovarian cancer is treated, the more likely a woman is to survive. Around half of women with ovarian cancer will live for at least five years after diagnosis, and about one in three will live at least 10 years, according to the NHS, but these figures can be improved through awareness raising and subsequent early diagnosis.

In the UK, nearly 7,500 women are diagnosed with ovarian cancer every year

Around a quarter of women diagnosed with ovarian cancer each year are in their 70s – 28 per cent of whom are diagnosed through emergency presentation, according to a new 'Equality Spotlight Report: Age' report from Ovarian Cancer Action. The report also states that older patients are significantly less likely to be referred by their GP for diagnostic tests such as ultrasounds when presenting with symptoms in the year preceding a diagnosis of ovarian cancer, meaning that ovarian cancer is often diagnosed too late.

“A woman with ovarian cancer deserves the best chance to survive her disease, no matter what her age,” says Marie-Claire Platt, head of research and public affairs at Ovarian Cancer Action. “We urgently need to understand why for many women this is not being reflected in their care. The Covid-19 pandemic has inevitably set us back, but now is the time for us to take action and ensure that every woman receives the best possible standard of care and that no woman is left behind.”

According to Ovarian Cancer Action:

•  Almost half (48 per cent) of people aged 70-79 do not have surgery to treat their ovarian cancer, despite it offering the best long-term prognosis for the disease
•  One in five (22 per cent) of ovarian cancer patients aged 70-79 received no treatment at all for their cancer, rising to three in five (60 per cent) for women over 80 years old
•  Women over 70 are also less likely to be asked to take part in research or clinical trials than those under 70, denying them access to new and innovative treatments.

These stark figures about diagnosis demonstrate why it is important that pharmacy teams help raise awareness of its signs and symptoms to help women achieve a diagnosis sooner.

“Talking openly is a powerful tool in the campaign to raise awareness of ovarian cancer and this is a cancer that really does need all the help it can get in the fight to get it the awareness and funding it deserves,” says Athena Lamnisos, chief executive of the gynaecological cancer research charity The Eve Appeal. “Survival rates are low, treatment options are limited and diagnosis often comes late. Gynaecological cancers and their signs and symptoms are too little-known, often stigmatised and not talked about enough. We must make sure that women feel empowered to speak out about the disease – with friends, family and healthcare professionals.”

The charity Target Ovarian Cancer has free information guides pharmacy teams can signpost women to, including guides for women who have recently been diagnosed, are having treatment or living with incurable ovarian cancer.

Opening up conversations and signposting women to further support is the main way pharmacy teams can help raise awareness throughout March.

Eating Disorders Awareness Week: 1-7 March
For 2021, this campaign will focus on binge eating disorder (BED) and aims to create a future where people experiencing BED are met with understanding about their condition. Eating disorder charity Beat says BED is a serious mental illness where people eat very large quantities of food without feeling like they’re in control of what they’re doing. The disorder can affect anyone of any age, gender, ethnicity or background and is thought to affect one in 50 people. It is the most common but least understood form of disordered eating, something this awareness week aims to change. Find out how pharmacy teams can get involved and start raising awareness via Beat.

National No Smoking Day: 10 March
Since 1984, National No Smoking Day has taken place each year on the second Wednesday of March. The day is an opportunity for pharmacy teams and others to highlight the health benefits of quitting smoking and promote the benefits of stopping. For 2021, the theme is ‘Quitting doesn’t have to be stressful’, and the day is being organised by the charity Action on Smoking and Health (ASH) in collaboration with both local and regional public health organisations. As part of the campaign, new research will reveal the relationship between smoking and mental health and how smokers can improve their mental health and wellbeing through smoking. Find out more through ASH and download associated resources from Today is the Day.

National Feet Week: 8-14 March
Pharmacy teams can encourage customers to take ‘7 Days for Your Feet’ and prioritise their foot health during National Feet Week. According to the campaign, having conversations with customers about their feet can encourage them think about having an annual foot examination ­– like they would an eye or dental check – and get on top of any niggles, pain or other issues and avoid ongoing or worsening problems. In doing this, pharmacy teams can also help identify common ailments such as fungal nail infections, corns and hard skin and recommend a variety of treatment options. See more at National Feet Week.