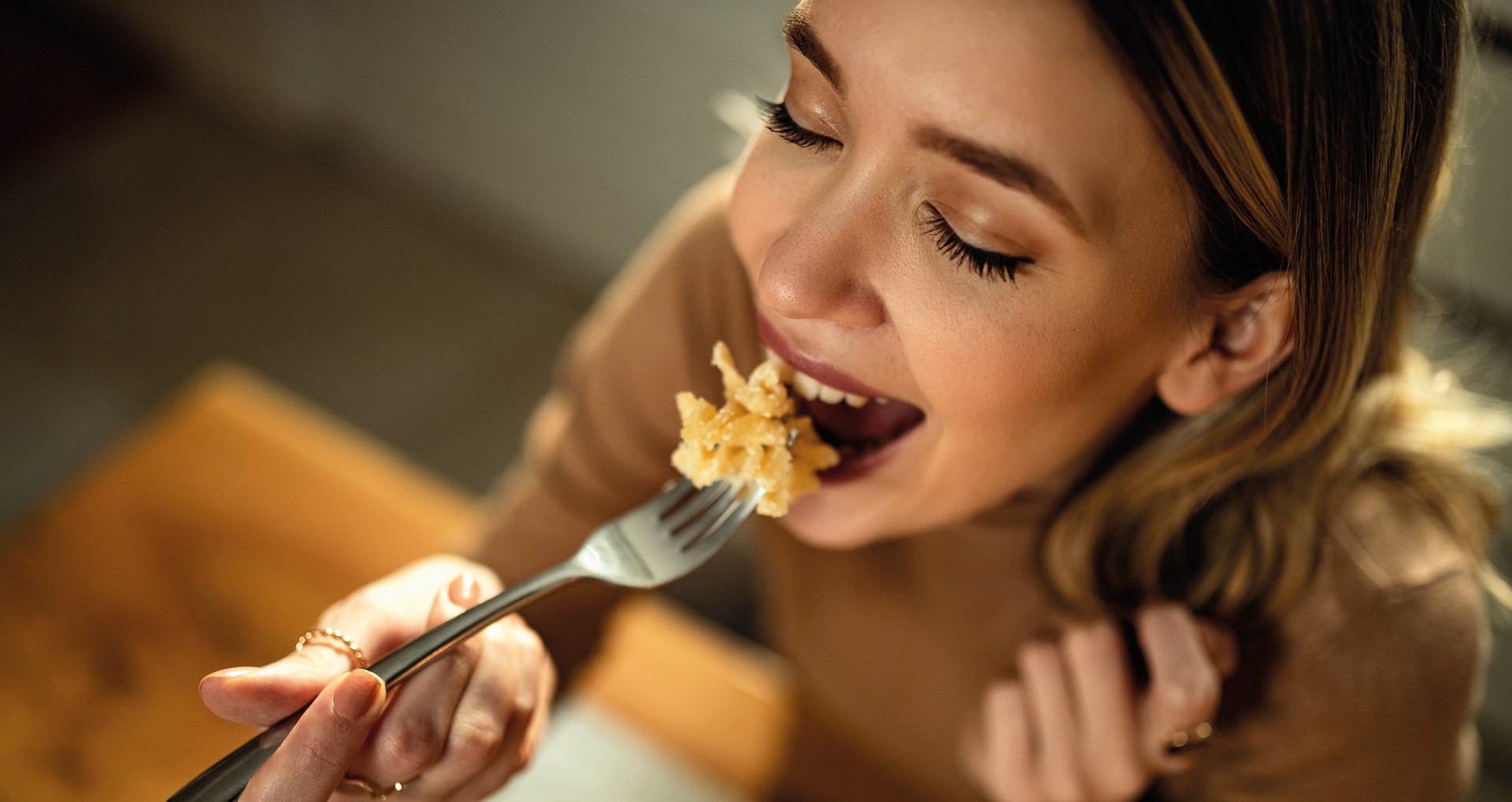 More than 40 per cent of people with digestive symptoms have never visited their GP to discuss them, leaving a big opportunity for pharmacy staff to play a wider role

Digestive disorders account for more than 10 per cent of GP workloads, with the most common symptoms being abdominal pain, diarrhoea, bloating, flatulence and constipation, according to the digestive disease charity Guts UK.

As gastrointestinal symptoms are often regarded as sensitive in nature, people can be embarrassed and reluctant to seek help, but pharmacy teams can be on hand to normalise the subject and discuss management options so they don’t have to suffer in silence.

“Perhaps start up a conversation with customers when they purchase common over-the-counter medications such as anti-diarrhoeals, antispasmodics, laxatives or proton pump inhibitors (PPIs),” says Julie Thompson, information manager at Guts UK. “Ask [questions such as] are these medications working for you? Have you been taking them for a while? If they’ve been taking medications for longer than a month, it’s worth asking if they have visited their GP to discuss symptoms. Also, people with persistent symptoms or any sudden change in symptoms, particularly if they’re over 50, should be encouraged to see their GP.”

Julie adds that offering them a conversation in private, such as in the consultation room, may be helpful in making customers feel more comfortable.

Some six in 10 people with indigestion (also known as dyspepsia) are diagnosed with non-ulcer dyspepsia, where indigestion symptoms occur when no specific medical cause can be found, says Guts UK. This affects up to 11 per cent of people, while up to 40 per cent of people are affected by heartburn (also known as acid reflux) with indigestion. This happens when the acid produced in the stomach travels back up, due to the oesophageal sphincter not contracting properly. One in three people with non-ulcer dyspepsia have irritable bowel syndrome (IBS) as well.

There are several factors that increase the risk of heartburn and reflux, including smoking, pregnancy, excess alcohol and obesity. Less common causes of indigestion symptoms include gallstones, pancreatic disease and cancer of the stomach or oesophagus. A hiatus hernia can also cause reflux symptoms and affects 15-25 per cent of people – mainly men. Around one in 10 people with acid reflux have Barrett’s Oesophagus, where some of the cells of the oesophagus grow abnormally.

Indigestion symptoms can vary, ranging from mild discomfort in the upper abdomen to severe pain. Some people experience a burning sensation (heartburn), others a feeling of fullness or discomfort after a meal. Additional symptoms can include belching, nausea or vomiting. “Customers should see their GP if they have heartburn for three weeks or more or have other symptoms such as food getting stuck in the gullet, weight loss or frequently being sick,” says Julie.

Antacids containing active ingredients such as calcium carbonate, magnesium carbonate and sodium bicarbonate are available over the counter to help reduce the amount of stomach acid produced. Some contain an alginate, to protect the gullet, or simethicone, which reduces flatulence. For most people, they should be taken after a meal or before bed.

Acid-suppressing medications are helpful for heartburn and reflux. These include proton pump inhibitors such as omeprazole, pantoprazole and esomeprazole. Self care tips include losing weight if necessary; avoiding fizzy drinks, spicy and fatty foods; not eating large meals close to bedtime, and raising the head of the bed to prevent reflux when sleeping.

Could it be a stomach ulcer?

Severe, ongoing indigestion that does not respond to OTC medication can be a warning sign of Helicobacter pylori (H. pylori) – a bacteria that can cause stomach ulcers. If this is suspected, the customer should be referred to their GP for tests. If positive, the usual treatment is a one-week course of antibiotics and an acid-reducing medication.

“Some 40 per cent of people in the UK have H. pylori bacterium in their stomach and for 80 per cent, it won’t cause any problems. People with severe indigestion that does not respond to treatment should be tested for H. pylori,” says Julie Thompson, information manager at Guts UK.

Around three in 100 people have persistent constipation, but for most people, the problem is temporary and will clear up with some simple lifestyle changes. “Patients’ views on constipation can vary significantly,” says Julie. “It is worth knowing that frequency of the bowel opening does vary, and normal bowel function varies between three times a day to three times a week.”

There are many different causes of constipation, but a lack of dietary fibre and/or fluid intake, stress and a lack of exercise are some of the most common causes. In addition, some medications can cause constipation, especially opioid painkillers, so it’s important to ask customers what medication they are taking, if any. An erratic eating pattern will affect digestion, and ignoring the urge to open the bowels can affect how the muscles work and cause constipation, too

In most cases, constipation is temporary and causes no problems. However, if it becomes chronic, there can be knock-on effects. Haemorrhoids are the most common complication. Rectal prolapse can occur due to prolonged straining. Faecal impaction can happen in elderly/immobile people.

While constipation is not usually serious, in some cases pharmacy teams should refer customers to their GP. This would include: a sudden slowing up of the bowel, especially in the over-50s; unexplained weight loss; bleeding, and abdominal or rectal pain.

Regular meals, plenty of fluid – approximately eight cups a day – and ensuring a high fibre intake are the first steps to recommend to customers. “It is important to eat enough fibre. The dietary recommendations are to eat 30g per day, but most of us in the UK barely reach 20g. A diet high in fi bre can help maintain regular bowels and reduce symptoms of wind and bloating,” says Sophie Claessens, registered dietitian and spokesperson for the British Dietetic Association. Regular exercise and keeping mobile can also help a sluggish bowel.

“Where constipation is prevalent and diet changes haven’t solved the problem, products such as stimulant laxatives, faecal softeners and lactulose can all have the desired effect,” says Ruth Giles, brand manager at Thornton & Ross. “Natural stimulant laxatives, such as senna, are more effective as they increase the wave-like muscle movements that push the contents of the gastrointestinal tract forward and can work within six to 12 hours. Glycerin suppositories, as another option, can offer gentle relief from occasional constipation.”

There are several main causes of diarrhoea. The most common is gastroenteritis, often caused by norovirus. Food poisoning, due to Salmonella or Campylobacter bacteria, is passed on through contaminated food, water or an infected person. A course of antibiotics can also cause the contents of the bowel to move through the gut too quickly, causing diarrhoea. IBS sufferers often experience more frequent and looser bowel movements.

Cramping pains in the abdomen often accompany the symptoms of watery and loose stools, and nausea and vomiting are also common. Some infections can also cause a fever to develop.

While most cases of diarrhoea will resolve without treatment within a few days, any customers who have diarrhoea that persists for more than 14 days, a high fever, blood in their stools or severe/constant cramping abdominal pain should be referred to a GP for further investigation.

When it comes to managing symptoms, preventing dehydration is key. “Ensure that enough additional fluids and salts are taken to replace those lost. For infants, young children and the elderly, who are more sensitive to fluid loss, it is wise to use a pre-prepared oral rehydration solution from pharmacies,” says Julie. “There is no need for the person to stop eating or to interrupt breastfeeding or bottle feeding. In general, for adults, avoid dairy products and spicy foods during the initial phase of the illness.”

Loperamide may be recommended for adults and children aged 12 years or over to reduce the frequency of diarrhoea, if necessary. Tips that can be passed on to customers to help manage the spread of diarrhoea include careful hand washing, not sharing towels, cutlery or utensils and staying off work or school until symptoms have stopped for two days.

“Probiotics are the ‘good’ bacteria found in food products or supplements that can beneficially affect our health by improving the balance and function of gut bacteria,” says Sophie Claessens, registered dietitian and spokesperson for the British Dietetic Association. “They are found in forms such as yoghurts, tablets, capsules and sachets. It is important that the good bacteria reach where they need to in our gut alive as the stomach is a very acidic environment.”

A popular use of probiotics is when taking a course of antibiotics to prevent diarrhoea. “Lots of research shows probiotics will help protect people from getting diarrhoea when they take antibiotics. They need to be taken at the start of the antibiotic course and continued for at least a week afterwards, says Sophie.

Some recent studies have shown that probiotics may help to ease constipation.

Could it be pancreatic cancer?

Pancreatic cancer has the lowest five-year survival rate of all of the 22 most common cancers at 7.9 per cent, and this is mainly due to late diagnosis. For those diagnosed in time for surgery, their chances of survival increase by up to 30 per cent.

“It is vital that pharmacy staff are aware of the signs of pancreatic cancer so patients can be referred as soon as possible. Many patients will self-medicate for some of the symptoms, such as pain, indigestion, and change in bowel habits, and will often regularly visit a pharmacy to obtain over-the-counter medication,” says Adele Carter, marketing and communications manager at Pancreatic Cancer Action. “Pharmacy staff are in a good position to spot more frequent purchases of medication and to ask questions of the patient to understand if there is a concern that may need to be investigated.”