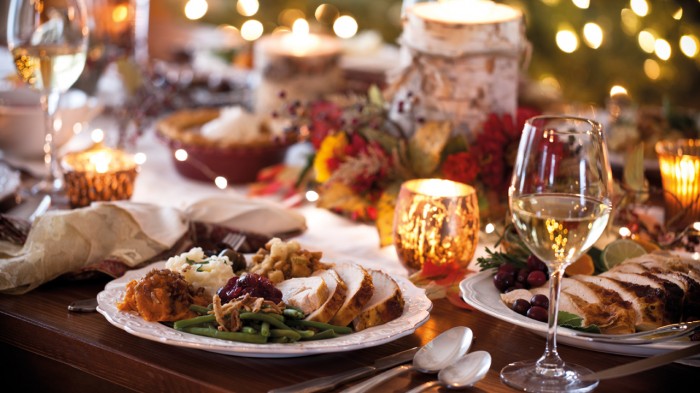 Alongside seasonal celebrations comes overindulgence in festive food and drink. How can pharmacy help customers cope with unwanted consequences?

It’s beginning to look a lot like Christmas. But alongside all the celebrations comes an opportunity to overindulge in festive food and drink. How can pharmacy teams help customers cope with unwanted consequences?

It’s the most wonderful time of the year and, after last year’s covid-related hiatus, people are likely to be more excited than ever to start celebrating. However, although this season is typically full of fun and festivities, it can also bring with it a host of ailments.

Whilst customers may celebrate a variety of cultural holidays in the run-up to the New Year, all have one thing in common: excess eating and drinking. Time spent at family get-togethers, work parties or other events means a large proportion of the population may find themselves consuming a lot more rich food and alcohol than usual.

Almost half the people surveyed in a study conducted for Gaviscon admitted to over-indulging at Christmas time, and this is where pharmacy teams can come in. By playing a crucial role in providing support, you can help pre-empt and tackle the effects of overindulgence, ensuring customers can enjoy the festive period without it taking its toll on their health.

Too much figgy pudding?

It is estimated that people will eat between 5,000 and 6,000 calories on Christmas Day alone, which is double the recommended daily intake for men and three times the amount advised for women.

According to the NHS, correct portion sizes are a major part of eating a healthy, balanced diet. Upping food intake during the festive season can provoke a range of health problems, ranging from minor ailments to serious conditions. Here are some of the most common…

According to Gaviscon research, 25 per cent of the population report feeling bloated and uncomfortable after eating their Christmas dinner, with 22 per cent experiencing heartburn or indigestion. In particular, higher-than-usual amounts of sugar and fat in the diet can take their toll on the digestive system.

To combat this, pharmacy staff can suggest self care measures, such as drinking peppermint tea or taking probiotics. Eating small, regular meals, avoiding foods that are high in fat and taking time to chew food well can also be recommended.

Medicines such as antacids and proton pump inhibitors (PPIs) can be offered, if suitable for the customer, to ease the burning feeling of heartburn and symptoms of indigestion. Non-steroidal anti-inflammatory analgesics (NSAIDs) like ibuprofen and aspirin should not be advised to any customer as these can make symptoms worse.

The Christmas season is not only a time for delicious food, but also for tucking into platefuls of leftovers in those lethargic days following 25 December. Despite some arguing that it is these meals that are the most delicious, the NHS estimates that one in five people risk food poisoning, particularly by eating leftover turkey that’s been kept for longer than the recommended two days.

Nicknamed the 'turkey trots', symptoms of this type of food poisoning include nausea, diarrhoea, vomiting, stomach cramps, a high temperature, aches and chills. These will usually pass within a week and can be treated at home. In the meantime, customers should be advised to get plenty of rest, drink lots of fluids, such as water or squash (but not alcohol) and eat when they feel able to. Additionally, pharmacy teams can recommend OTC oral rehydration sachets, which are designed to be mixed with water and will help customers to stay hydrated.

Paracetamol can be taken if necessary for pain, but NSAIDs should not be used. Medicines such as loperamide can help to treat diarrhoea – although not in children under the age of 12. Always check with the pharmacist if you’re unsure whether or not to recommend this or any other type of treatment.

If the customer’s symptoms don’t start to improve after a few days or if they are pregnant, over 60 or a young child, have a long-term underlying condition or a weak immune system then they should be referred to the pharmacist for further advice.

Whilst heartburn is a common side-effect of overindulgence, there are other, more serious, heart problems that also tend to rear their heads around the Christmas period.

Christmas Eve, for example, is the most likely time of the year to have a heart attack. A 2018 study conducted by Lund University in Sweden discovered that the risk of having a heart attack on Christmas Eve was around 37 per cent higher than during any control period, peaking at around 10pm.

It is thought that there are several reasons for this. For instance, cold weather causes blood vessels to constrict, which raises blood pressure and increases strain on the heart. Stress can also send blood pressure soaring, and eating a rich diet full of saturated and trans fats and cholesterol has also been linked to heart disease.

As well as keeping warm and minimising stress, customers can make simple changes to their traditional Christmas dinner that will remove some of the fatty and not-so-healthy content. For instance, meaty sausages can be swapped for plant-based, and roast potatoes swapped for boiled or baked – potato skin can be left on as it is rich in soluble and insoluble fibre. This type of fibre helps to bind bile acids (made of cholesterol), helping the body to digest food. Christmas pudding – although a crowd pleaser – should be avoided. Rich in calories and sugar, it will push blood sugars up and have an impact on triglyceride (fat found in blood) levels, which is not good for the heart.

Pharmacy teams should also watch out for, and make customers aware of, the signs of an impending heart attack:

From mulled wine to eggnog, the holiday season is an excuse for many not only to overindulge on food, but also to drink to excess. According to an NHS Keep safe this Christmas report, Britons drink 41 per cent more in December than at other times of the year.

Hangover symptoms usually appear the morning after a heavy night of drinking. Caused by dehydration as blood alcohol levels drop, a hangover can cause headache, dry mouth, nausea and increased sensitivity to light and sound. These symptoms usually go away within a day, but customers looking for treatment can try OTC paracetamol for headache pain relief. It is important to replenish lost fluids too, so isotonic drinks can help make people feel better, as can eating wholegrain foods which provide a slow release of glucose to rebalance blood sugar levels.

Whilst some people are more likely to suffer from hangovers than others, there are things that everyone can do to help to minimise their risk. For instance, since many hangover symptoms are caused by dehydration, pharmacy teams can recommend drinking water before going to sleep. Opting for light-coloured alcohol such as white wine or vodka rather than red wine or whisky, and eating food containing complex carbohydrates, protein and fat prior to drinking can also help to minimise the chances of a hangover developing.

Customers who are keen not to miss out on this year’s festivities but still want to lower their alcohol intake should look to low or no-alcohol beverages.

With the influx of brands producing alternatives to popular spirits such as gin and vodka, ordering lower strength drinks as a moderation technique has never been easier.

Choosing lower strength drinks will help to reduce the number of units of alcohol consumed and make it much simpler for people to stay within recommended low-risk drinking guidelines. For example, the Drinkaware Trust explains that someone who regularly has a couple of glasses of wine with dinner could more than halve the number of units drunk in an evening by switching to a 5.5 per cent ABV wine instead of the more usual 12 to 14 per cent.

A third of adults in the UK are already drinking less alcohol than they did a year ago, according to recent surveys, so this year could be the perfect time for pharmacy staff to help their customers manage their consumption.

For a list of mocktail recipes that serve as perfect substitutes for alcoholic drinks, visit the Drinkaware website.

Frequently drinking large amounts of alcohol for extended periods of time can take its toll on health. Just like overindulging on food, heavy drinking can increase blood pressure and cholesterol levels, leaving people with a higher susceptibility to heart attacks and strokes.

Long-term alcohol abuse can also weaken the immune system and the bones, increasing the likelihood of infections and fractures. In addition, it can have a significant impact on a person’s mental health, causing social implications such as provoking arguments, relationship difficulties and financial problems – all of which, studies suggest, increase considerably over the festive period.