The uptake of the pharmacy flu jab is increasing every year, and pharmacy staff all have a part to play when it comes to tackling this crippling winter ailment

Flu. It’s an unpredictable, often nasty condition that can make people feel particularly unwell and it’s a recurring pressure that the NHS faces every winter. But the good news is that for most healthy people, flu is self-limiting and recovery is generally quite speedy. 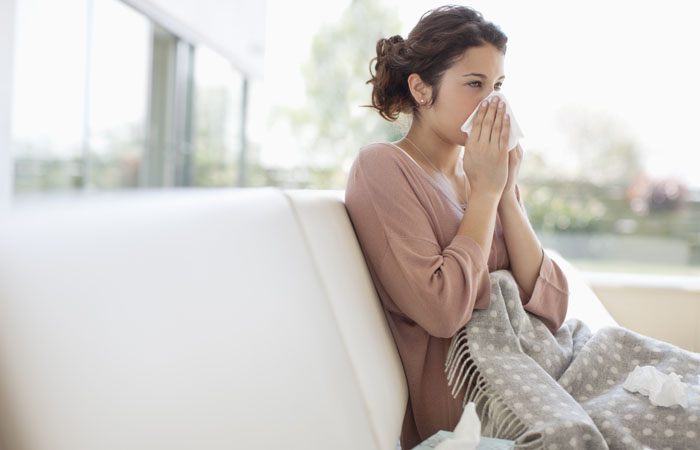 Nonetheless it’s accepted that vaccination offers the best protection against flu, and England’s pharmacy flu vaccination programme is widely publicised as the colder months approach. Since September 2015, community pharmacies in England have been able to offer this protection for patients in at-risk groups under the NHS Flu Vaccination Service, and the number of vaccinations administered has increased year on year, with the 2018/19 figures reported as a record 1,431,538.

For those most at risk from flu, NHS England says its vaccine uptake ambitions for the 2019/20 service are the same as previous years, with the long-term ambition for eligible adults being a minimum 75 per cent uptake rate, as recommended by the World Health Organization.

The national flu immunisation programme aims to provide direct protection to people at higher risk of flu-associated morbidity and mortality. Groups eligible for flu vaccination are based on the advice of the Joint Committee on Vaccination and Immunisation (JCVI) and include older people, pregnant women, and those with certain underlying medical conditions.

Since 2013, flu vaccination has also been offered to children, to provide both individual protection to the children themselves and reduce transmission across all age groups to protect vulnerable members of the population.

This coming winter, the only change to the eligibility criteria is the planned extension of the programme to schoolchildren in Year Six, so now all primary school aged children will be offered the vaccine for the first time in England.

This means that in 2019/20 people eligible for flu vaccination are:

Vaccination is also recommended for front-line health and social care workers. This should be provided by their employer as part of the organisation’s policy for the prevention of the transmission of flu to help protect staff and those that they care for. In 2019/20, NHS England will continue to support vaccination of social care and hospice workers. The eligible groups will remain the same as in 2018/19 and vaccination will be available through community pharmacy or their registered GP.

The best defence against colds and flu is a strong immune system, achieved through healthy diet and exercise

Based on JCVI advice the range of recommended flu vaccines in 2019/20 has been extended.

It is more effective to get the vaccination before the start of the flu season (December to March in the UK) because the immune response to vaccination takes about two weeks to fully develop. However, NHS England advice is that if an eligible patient presents late for vaccination it is generally appropriate to still offer it. This is particularly important if it is a late flu season or when newly at-risk patients present, such as pregnant women who may not have been pregnant at the beginning of the vaccination period. 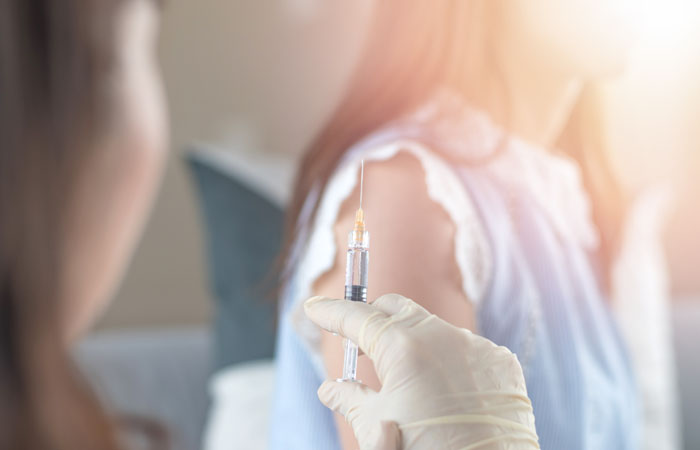 There have been warnings that the supply of some flu vaccines may be delayed until later in the season. However, unlike the recent uncertainty around the availability of some medicines such as hormone replacement therapy, this is not related to Brexit.

Each year, through its Global Influenza Programme, the World Health Organisation (WHO) makes recommendations on what influenza viruses should be included in vaccines for the forthcoming season. This year, the WHO delayed its recommendation on one of the strains of the virus, by a period
of four weeks from February into March.

According to Public Health England, NHS England and NHS Improvement, the manufacturers of quadrivalent flu vaccines have informed them that the delayed WHO recommendation on vaccine strain has had an impact on their vaccine supply. For example, Sanofi Pasteur has said it plans to phase some of the deliveries of the inactivated quadrivalent influenza vaccines for those at risk and under 65 years with some vaccines being delivered by the end of November 2019.

With that in mind, PSNC’s advice to community pharmacies offering flu vaccination is to confirm delivery dates of the quadrivalent influenza vaccines in order to plan effectively for the season.

Stories about the delay in vaccines supply hits the headlines every year, but this can put some potential customers off coming in for their flu jab – whether they pay for it or not – so pharmacy teams may need to make some extra effort to promote their service.

Nat Mitchell is pharmacist and director of Allisons Chemist in Cockermouth, Cumbria, which regularly provides more than 1,000 flu vaccinations each season. He uses a multifaceted approach to recruiting customers. “We are in a small town and word spreads”, he says, “but we do advertise very well via our Facebook page, on Twitter, and in a local magazine that I write for every month, so we are in constant contact with our patients.”

To offer the service well, Nat’s advice is to “take advantage of pharmacy’s USP which is our availability”, while also being aware that success in this will increase workload. “We sacrifice time from September onwards to flu because it’s a high priority service for us at that time”, he explains. “We have a drop-in service, so patients can come in and get a flu jab when we are open, and thankfully we are able to keep the business running as usual because we have two pharmacists here so we’ve always got one to do flu jabs and one to run the pharmacy.”

And although Nat says there are some customers that only ever visit the pharmacy for a flu jab, running the service has also helped him gain new patients. “When people come in they can see what other things we do and that often brings them back to the pharmacy later on for something else. There’s no downside to offering flu vaccinations: if you do it well then people will come back every year, plus it pays its way, which is important because so many of the other services we offer don’t.”

Cold and flu viruses can survive in water droplets for up to 24 hours after being released from an infected person when they sneeze or cough. These infected droplets also settle on and contaminate household objects and surfaces so when someone else touches these areas the virus can be transmitted through touching the nose or mouth.

It is important for pharmacy teams to help customers understand the different symptoms of the common cold and flu so customers can decide whether they need to seek advice from a doctor, or use self care and OTC products as the most appropriate treatment solution.

Cold and flu symptoms are similar, but flu tends to be more severe. Colds appear gradually, affecting mainly the nose and throat, and while they can make people feel unwell they are usually able to get on with normal life.

Flu tends to appear quickly – within a few hours – and affects more than just the nose and throat. It can make people feel thoroughly exhausted and too unwell to carry on as normal.

The pharmacy is often the first port of call when someone is experiencing symptoms of cold and flu, and Marvin Munzu, pharmacist and cough expert for Jakemans, says it’s worth pointing out that “the NHS recommends that winter ailments – such as a sore throat and cough – can often be treated without seeing the GP.”

It’s important for pharmacy staff to get to know the range of winter remedies stocked in their pharmacy so they can help customers choose the best ones to effectively relieve their symptoms.

Sore throat can be treated with sprays or lozenges, and for runny noses, oral decongestants can help to dry up nasal secretions. Vaporubs are a useful alternative for those that cannot take oral decongestants or for children under 12. Coughs can be treated with cough syrups or simple linctus, depending on which type of cough they have, while a fever can be treated by taking paracetamol or ibuprofen, which may also help to relieve any aches and pains. Combination products can also be useful for multiple symptoms that need more than one medicine to treat.

Symptoms of flu can usually last around a week, and during this time those suffering should stay hydrated, rest, eat plenty of fruit and vegetables and avoid going into work and spreading the illness.

Pharmacy teams may also need to tackle the common misconception that antibiotics can help. “Antibiotics are only suitable for the treatment of bacterial infections and do not work on viruses that cause colds and flu”, says GP and expert for Olbas, Dr Roger Henderson. “As flu is caused by influenza viruses, your immune system is able fight these viruses without the help of antibiotics, [so] if someone takes antibiotics when they are not needed, this can increase the chance of becoming very unwell as your body attempts to fight off an infection that is not there.” See page 36 for more information about antibiotics for self-limiting conditions.

While it’s not possible to avoid coming into contact with everyone who might be harbouring a cold or flu virus, there are plenty of ways to advise customers on how to guard against infection through healthy living and hygiene measures.

The best defence against colds and flu is a strong immune system, achieved through healthy diet and exercise or, for the times when this is simply not enough, taking a good quality immune supplement.

Maintaining high hygiene standards is also important for avoiding winter bugs. A proper hand-washing technique is an important way to minimise transferring the viruses from hands to face, especially as the flu virus can live on surfaces for up to two days, and cold viruses can survive for as long as seven days, according to hand hygiene information from Reckitt Benckiser. “To ensure that people get rid of any germs, it is important to make sure that hands are rubbed together vigorously with lots of soap and warm water for at least 15 seconds”, says Dr Henderson.

Very few people buy winter remedies when they’re not ill, so it’s worth encouraging customers to stock up in advance, as well as considering a flu jab if the pharmacy offers this service, or directing them to another local pharmacy where needed.