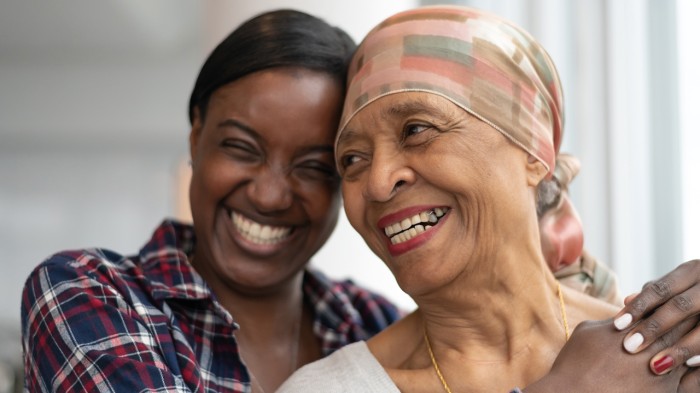 Some 21 women a day die of gynaecological cancers and yet, not enough is commonly known about the diseases.

Over 22,000 women are diagnosed with a gynaecological cancer each year in the UK. These cancers affect the womb, ovaries, cervix, vulva or vagina, according to the latest data released by The Eve Appeal

According to the Royal College of Nursing, it’s important that all healthcare professionals are aware of the common signs and symptoms associated with gynaecological cancers and respond appropriately to the red flags. Pharmacy customers should be encouraged to speak to their GP if they experience any unusual or ongoing symptoms, such as pain, bleeding or vaginal discharge.

Iron deficiency is treated by addressing underlying causes (such as heavy periods), eating iron-rich foods (such as fortified bread, dried fruits and dark green vegetables) and taking daily iron supplements for at least three months. Some people can’t tolerate iron tablets (which can cause constipation) and prefer to take gentler liquids or mouth sprays. If these fail to work, they may need iron injections. It’s important to store iron supplements away from young children as accidental poisoning can be fatal.

Most people who get womb cancer tend to be aged between 40 and 74. Being overweight or obese causes around a third of womb cancers and is the biggest preventable risk factor. Women with more fat cells in their body tend to have higher levels of oestrogen, which triggers womb cells to divide and grow. The more oestrogen they have, the thicker their womb lining becomes and the more likely one of the cells will become cancerous. Anything else that increases the amount of oestrogen in the body can also increase the risk of womb cancer. Other risk factors include:

The risk may be decreased by:

The most common symptoms are bleeding between periods, after the menopause or after sex; unusually heavy periods; and coloured or watery vaginal discharge that may have an unpleasant odour.

Less common signs include blood in the urine, high platelet count and high blood sugar level. If women have gone through the menopause (they are 12 months after their last period) and experience post-menopausal bleeding, they should speak to their GP.

Womb cancer is usually diagnosed with an ultrasound scan, followed by a biopsy. There’s no national screening programme, but if women are considered to be high risk due to their family history (called Lynch syndrome or HNPCC families) they may be offered a screening biopsy from the age of 35-40.

The risk of developing ovarian cancer increases as people get older, with the highest risk in those aged 75-79. Between five to 15 out of 100 ovarian cancers are caused by faulty genes, such as BRCA1 and BRCA2.

The symptoms of ovarian cancer may include:

These symptoms can occur in other conditions, such as irritable bowel syndrome (IBS), but new, severe or ongoing symptoms, especially after the age of 50, should be checked out by a GP.

Most ovarian cancers can be diagnosed with a blood test (raised serum CA125). This is usually followed up with an ultrasound if symptoms are present, whether or not CA125 levels are raised. Definitive diagnosis requires a biopsy. There’s no reliable screening test for ovarian cancer.

The main cause of cervical cancer is a long-lasting infection with certain types of the human papilloma virus (HPV). HPV can be passed on through unprotected sex. In most people, the immune system clears HPV within a couple of years, but sometimes the virus persists.

Girls and boys aged 12 or 13, born after 1 September 2006, in the UK are routinely offered the HPV vaccine at school to protect against most types of the condition and reduce the risk of cervical and other cancers.

Other risk factors include:

Not everyone with cervical cancer has symptoms. The most common symptoms, when they do occur, are bleeding between periods or after sex, pain or discomfort during sex, unpleasant-smelling vaginal discharge and pelvic pain.

Screening is free on the NHS as part of the National Cervical Screening Programme. It checks for high-risk HPV and abnormal cervical cell changes. A nurse takes a sample of cells from the cervix using a small soft brush (smear test) and sends the sample to the laboratory.

Everyone with a cervix should be automatically invited for cervical screening if they are the ages between 25-65 and are registered as a female with a GP surgery (see box out on page 26). England, Scotland and Wales use HPV primary screening, which tests for HPV first. If high-risk HPV is found, the laboratory will check for cell changes. Currently, in Northern Ireland, the laboratory looks for changes in the cervical cells first and then tests for HPV should they find any changes. This is, however, expected to switch to HPV primary screening soon.

Anyone with a cervix is eligible for the National Cervical Screening Programme, including many trans men and non-binary people. If they are registered as female with their GP surgery, they will be invited for cervical screening via the national call and recall system, unless they choose to opt out of the programme. They won’t however be automatically invited for screening if they are registered as male.

Some eligible trans men and non-binary people have been turned away from cervical screening because externally they don’t look like they need it. There’s also an assumption that trans men and non-binary people have had gender confirmation surgery (which means they no longer have a cervix), but for a variety of reasons, many do not have this procedure and therefore remain eligible for the programme.

It’s important not to make assumptions about gender and cervical screening eligibility, so that everyone feels safe and in control.

Vulval cancer can affect all age groups but is more common in women aged 75 and older. HPV causes some vulval cancers, but is not the only potential cause. For example, other risk factors include some long term vulval skin conditions (lichen sclerosus and lichen planus), pre-cancerous cervical changes, previous cervical cancer, weakened immune system and systemic lupus erythematosus (SLE or lupus).

Early symptoms tend to be quite vague, but may include:

Other symptoms may include:

Some doctors recommend self-examination to be alert for any changes. The diagnosis includes a vaginal examination and pelvic examination, along with a biopsy.

Vaginal cancer is more common in women aged 75 and over and is very rare in the under 40s. Risk factors include HPV infection, abnormal changes to vaginal cells and a weakened immune system.

There are no symptoms in the early stages, and up to 20 per cent of women diagnosed with vaginal cancer don’t have any symptoms at all. Doctors may pick up signs during routine cervical screening.

The first tests are a pelvic examination and a colposcopy to see around the vulva and inside the vagina. This is usually followed by a biopsy.

Breast cancer is the most common cancer in the UK, with one in seven women developing the disease during their lifetime. In addition, around 370 men are diagnosed with breast cancer in the UK each year. There are several different types, depending on where in the breast the cancer develops.

Breast cancer generally affects older women, but the risk can be affected by family history and lifestyle factors such as obesity, alcohol intake, smoking, the contraceptive pill and HRT. The NHS Breast Screening Programme is available to women aged between 50-70, as well as some trans and non-binary people. In some parts of England, the screening programme has been inviting women aged 47-73 as part of a trial.

Women should examine their own breasts and the surrounding area regularly for any changes. They should look and feel for:

Breast pain isn’t usually a sign of breast cancer, but women should speak to their GP if they have any concerns.