Inflammatory bowel diseases such as Crohn’s are invisible disabilities that can have hugely negative impacts on many sufferers’ lives. So what can pharmacy teams do to help?

At least 300,000 people in the UK live with inflammatory bowel disease (IBD), and every 30 minutes someone is diagnosed with Crohn’s disease or ulcerative colitis – the two main forms. In addition, it is estimated that one in 500 people in the UK are currently living with a stoma. Despite this prevalence, there is still a significant stigma around IBD, giving community pharmacy an opportunity to offer life-changing advice and support. 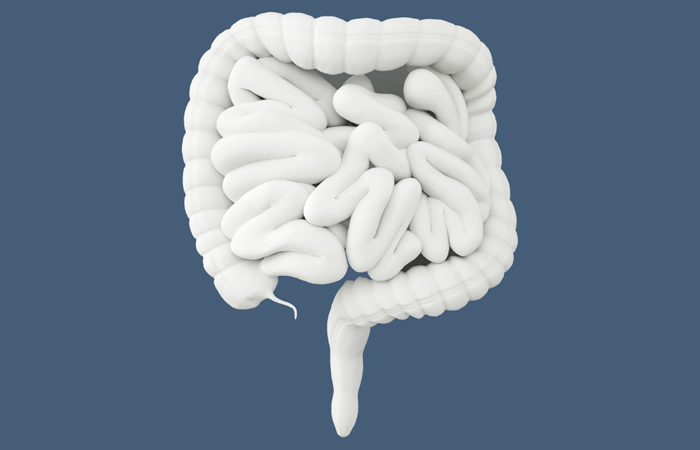 Crohn’s disease is a lifelong condition for which there is no cure. It is a chronic inflammatory disease in which parts of the gastrointestinal tract – anywhere from the mouth to the anus – become inflamed. Crohn’s presents most commonly in adolescence and early adulthood, but can occur at any age and affects men and women equally.

Symptoms of Crohn’s generally include diarrhoea, stomach ache, bloody stools, tiredness and weight loss, and these may be experienced constantly, or come and go. Around a third of sufferers also experience symptoms outside the gastrointestinal (GI) tract, for example, arthritis, mouth ulcers, and skin and eye problems.

Complications from Crohn’s can include anaemia and malnutrition, as well as more serious GI issues such as perforations and strictures of the intestines and bowel, abscesses, and colorectal and small bowel cancer.

Crohn’s can also have a significant impact on quality of life, affecting attendance at school and work and causing sufferers to withdraw from social and leisure activities, which in turn can affect the individual’s mental health and wellbeing.

Medication can help control symptoms, although it will not cure the disease. Corticosteroids such as prednisolone, immunosuppressants such as azathioprine and methotrexate, biological therapies such as infliximab, and aminosalicylates such as mesalazine and sulfasalazine are sometimes used to induce remission of flare-ups and/or keep patients’ symptoms at bay. Occasionally children may require enteral nutritional supplementation if they are not growing or developing as hoped and there are concerns about the use of steroids. Otherwise, symptomatic treatment may be used, for example, loperamide for diarrhoea and paracetamol for joint pain – note that ibuprofen is not recommended as it can aggravate the disease.

For some people, surgery is necessary; most commonly a resection that involves removing an inflamed section of bowel then stitching the healthy parts together. In more severe cases, during surgery the bowel is brought to the surface of the abdomen and an opening – called a stoma – is made so that digestive waste products drain into a bag rather than through the anus.

Crohn’s disease is one of the main forms of IBD affecting children in the UK, and can lead to slowed height growth, delayed puberty, as well as causing considerable psychological stress. Some children will also require surgery to remove diseased sections of the bowel, which may result in the need for a stoma.

Nick Posford, chief executive of the Crohn’s in Childhood Research Association (CICRA), says there is a growing recognition that this life-changing operation is happening to children and young people and not just adults or older people. “This can be very scary for children and teenagers and for their families and siblings”, he says.

To help them, Nick explains that pharmacy teams can signpost parents, carers and young people to information and support for the whole family from patient organisations such as CICRA, as well as support groups for younger people including Young IA and charities that have young members with stoma, such as Colostomy UK.

People with Crohn’s may need different types of care at different times, and there is certainly a role for community pharmacy to support and advise them.

Emma Goodridge-Hobson used to work as a health champion in community pharmacy, and now works for OneLife Suffolk, a partnership between Leeds Beckett University and MoreLife – provider of healthy lifestyles services – and commissioned by Suffolk County Council.

In March 2018 Emma had her entire colon removed and was given a permanent stoma, as result of Crohn’s disease (see panel). She says a key way for pharmacy teams to support customers with Crohn’s is to break through the embarrassment barrier. “It is important not to be embarrassed when talking about bowel movements”, says Emma, “and it is OK to ask if the person has blood or mucus in their poo. We must not be embarrassed to talk about these functions, especially when something is not right.”

To support customers living with a stoma, Emma also advises learning the different types so patients do not have to fully explain their condition and appliance needs, and be understanding and respectful of their privacy. “Just because they do not have to remove their underwear to show you their stoma doesn’t mean they would want to show you it in public”, she says. “Make sure if there is a need to see the stoma and appliance you do so in a private and confidential area.”

There are other ways in which you can be prepared. “Keep some basic bag supplies in your pharmacy for emergencies, as most ostomates have their prescription supplies delivered monthly by specialist suppliers and in an emergency it can be very difficult to access appliances – bags – as they are not readily available,” Emma says. “Also, make sure you know who the local stoma nurses are should a patient need specialist assistance, and find out if there is an ostomy support group locally so patients can be signposted to support they may not be aware of.”

Self care for Crohn’s

As well as encouraging customers to keep as fit and healthy as they can, Emma stresses that diet is very important: “Many people eat foods they know will make them worse because it’s a ‘treat’, for example, but I would not support this. If your body is reacting to these trigger foods, do not make yourself worse and risk further illness and possible damage. The better your immune system and general health is, the better equipped you are to deal with your disease.”

Community pharmacy teams are ideally placed to support people with Crohn’s to manage their condition. With the right advice, you can help them address any fears they have, which in turn will improve their emotional and physical health and wellbeing and empower them to overcome the barriers associated with the disease.

The invisible disability: A case study

Two weeks after giving birth to her son, Emma Goodridge-Hobson was admitted to hospital for over a month and diagnosed with severe Crohn’s disease. In March 2018 she had her entire colon removed and was given a permanent stoma. Seven weeks later, Emma returned to work and has since taken up running, raising £250 for Mind. She is currently supporting Crohn’s & Colitis UK and is running her first half marathon this September. Emma is a self-confessed avid park runner and is now working for OneLife Suffolk and with local GPs to increase the number of practices prescribing physical activity to patients to promote health and wellbeing.

Emma says there have been quite a few outcomes from having Crohn’s that she wouldn’t have predicted.

“I never realised how difficult it can be for people living with invisible disability until I experienced abuse for using a disabled toilet. When my bag requires attention, having the basin in the cubicles allows me to clean myself properly if needed. Sadly I have been on the receiving end of abuse because I ‘don’t look disabled’ and have actually been accused of lying about having a stoma because I was ‘too lazy to use the normal toilets’.

“I have also seen that there is a huge proportion of people living with IBD and have a stoma who suffer from mental health problems. This often seems to stem from the lack of understanding of others and people’s general embarrassment of having a condition that involves their bowels and going to the toilet a lot, as well as the physical pain and emotional drain that the disease has on the body. Fighting the stigma around IBD and stomas by making it ‘normal’ and actually talking about it will help these people with their mental health concerns.”

Emma says she has worked hard to find the positives in life since her diagnosis.

“I realised there were things I worried about and thought mattered but in reality they didn’t; survival was my goal. I was very ill and the experience gave me a new perspective on life, to see what was important was my family and enjoying life.

“I really think I have changed as a person, become more positive, outgoing and generally fighting to enjoy life, because I had a glimpse of what it might be like not to survive this disease, and I was not going to let it defeat me. Having Crohn’s has not stopped me, it has just made me look at things differently and get on with my life in a different way.” 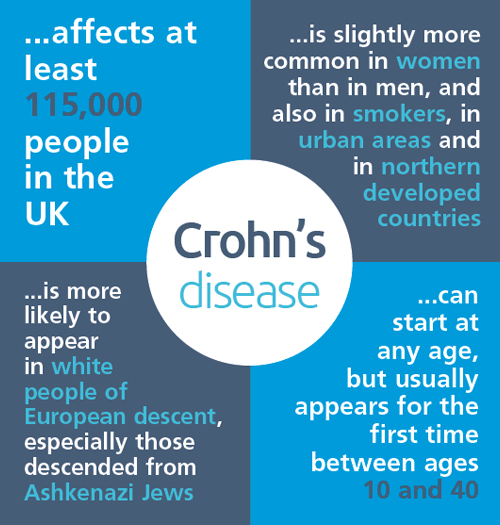