Every four minutes, a young person in England is diagnosed with an STI. Pharmacy teams can help reduce the incidence of what are, after all, avoidable infections, and it is important that they do so

At a time when antibiotic resistance is regarded as one of the biggest threats to the future of the human race, why is the drug class being used so liberally?

This isn’t about coughs and colds – although certainly an issue, the message that these are viral rather than bacterial infections seems to be sinking into the public consciousness thanks to continued Government campaigning – but instead a whole raft of conditions that are almost entirely avoidable: STIs. 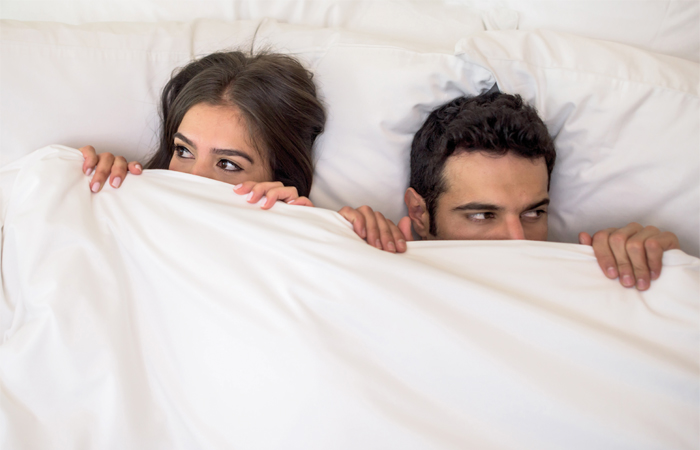 It might not seem like a big deal in the grand scheme of things, but consider recent Public Health England (PHE) data which revealed that, on average, a sexually transmitted infection (STI) is diagnosed in a young person every four minutes. This means that during an eight-hour work shift, 120 young people will have found out they have chlamydia, gonorrhoea or something else ‘down there’. That’s a lot of instances that could have been prevented by people taking some relatively simple steps to protect themselves.

Michael Rayment, consultant physician in sexual health at London’s Chelsea and Westminster Hospital NHS Foundation Trust, is unsurprised at the PHE statistics: “We are very lucky in England that we have very well developed surveillance systems so we have good and relatively up-to-date oversight. It’s a complicated picture but diagnosing more cases of STIs, such as chlamydia, is a good thing because it shows that people are accessing testing.”

If diagnoses drop, it might seem like progress at first glance, but Dr Rayment cautions against such optimism: “When this happens, it really needs scrutinizing very closely. It may be better to look at detection rates, rather than simply the number of diagnoses. If the detection rate falls, it may be because there is less testing going on. A good example is the National Chlamydia Screening Programme which started in 2003 and was rolled out with great success to – among others – GP surgeries, pharmacies and pregnancy services.” In this instance, more cases of the STI were picked up because people found it easier to get tested, he explains, so a slowing down in the detection rate may not show that there are fewer cases, but rather that the service is being scaled back – as is being seen in many parts of the country because of NHS funding cuts.

Shifting to online diagnostic services might seem like a good way of replacing some of the locations that have been axed, but Dr Rayment, who is also part of the British Association for Sexual Health and HIV (BASHH)’s Clinical Effectiveness Group, states: “It’s an alternative, yes, and taps into a whole new demographic, which is a good thing, but it is a drop in the ocean. We need to work on broadening access to testing so there remains a range of face-to-face services as well as via the internet, not replacing one with the other.”

Karin O’Sullivan, clinical consultant at sexual health charity FPA, agrees that testing is the cornerstone of STI services, and regards pharmacies as being in a prime position to help, even if they don’t offer diagnostics directly. “It’s important that anyone with signs or symptoms that might indicate an STI is signposted to a local service to be tested and treated appropriately, so make sure you know your local referral pathways,” she says. “Consider whether you could be a pick up point for local condom distribution (C-Card) schemes or for self-sampling tests provided by the local sexual health service.”

It’s all about accessibility and approachability: “If you take an informed and positive attitude to sexual health, this can help young people to take a positive attitude too. And it can be a valuable way to reduce stigma, fear and embarrassment,” Karin says. “Make sure they know they can have a private, confi dential and nonjudgemental conversation with you. Ask open-ended questions so they feel able to talk about wider issues and concerns and to ask you questions, and if you offer products like condoms and STI tests, try and have supporting information available that can be taken away and be prepared to give non-judgemental advice and support on using them.” Karin draws attention to the Sexwise section of the FPA’s website as one that both pharmacy staff and the public might find useful.

Dr Anatole Menon- Johansson, medical director of the young person’s charity Brook, highlights the opportunity to support customers presented by contraception and emergency contraception consultations that all pharmacies undertake in one form or another, whether through dispensing relevant prescriptions, delivering a commissioned service, or making over-thecounter sales.

“The most effective emergency contraception is the copper intrauterine device (coil). Most women don’t know this, so pharmacies should mention it and point them in the direction of places where they can make an appointment to get one fitted,” he says. “They also need to be aware of the interaction that exists between regular contraception and the emergency hormonal contraception that contains ulipristal acetate, and finally can highlight the useful tool available to estimate pregnancy risk.”

One pharmacy that is working hard to meet the sexual health needs of its local community is Oaks Pharmacy in Birmingham. Located close to the city’s university in an area with a high number of young people, the pharmacy was quick to sign up to the Umbrella scheme which started providing sexual health services across both Birmingham and Solihull in 2015.

Pharmacist manager Charanjit Dosanj comments: “The service provided at Oaks Pharmacy is a completely free walk-in service with no need to make appointments – patients can come in anytime six days a week.” The services on offer include emergency hormonal contraception (EHC), oral and injectable contraceptives, condoms, STI testing kits, chlamydia treatment and hepatitis B vaccination, all under the Umbrella scheme, which provides the supporting infrastructure.

Posters in the window and by the counter promote the offering, as does the pharmacy practice leafl et. These visuals are very effective because the pharmacy is located on a busy parade of shops surrounded by student housing, but Mr Dosanj says: “We have found that the biggest promoter of our services are our patients. We get a lot of people who come in to use our services that were recommended by a friend.” He adds that many users are initially nervous, but says he and his staff pride themselves on their professionalism, which means patients feel reassured and hence leave their embarrassment at the door.

Mr Dosanj continues: “This results in patients opening up and asking questions about other aspects of sexual health rather than rushing to get out of the pharmacy as soon as possible. A lot of the time, even if they have not asked any questions on that visit they will come back a few days later with questions.” As a consequence, the pharmacy – and all those working in it – have built a solid reputation in the area for being efficient, friendly and caring.

There’s plenty in what goes on at Oaks Pharmacy that can be replicated elsewhere, even if not part of a wider scheme. Make sure the pharmacy’s opening hours are well advertised, both on the door and elsewhere – local GPs and clinics are obvious places to put up information, but also colleges and universities, community centres and anywhere else young people frequent such as cafes – and that the information in the signposting folder is up to date.

Another thing that needs to be current is staff training, not just in terms of knowledge, but also skills such as talking to people without embarrassment or prejudice. And be on the lookout for national campaigns to tap into, for example PHE’s ‘Protect against STIs’, which encourages condom use. As Dr Menon-Johansson says: “It’s about having targeted and informed conversations.”

Dr Anatole Menon- Johansson, medical director of Brook, the charity that provides sexual health and wellbeing support to young people, states that chlamydia is the most common STI, with genital warts second, and gonorrhoea third: “80 per cent of young people who have chlamydia or gonorrhoea don’t have any symptoms so don’t know that they have it. The biggest problem with this infection is that they can cause scarring of the fallopian tubes, which can lead to infertility,” he says.

Dr Menon-Johansson describes genital warts as “a cosmetic nuisance”, adding: “Treatment clears them but sometimes this is slow, which can have quite a big psychological impact. Some people make an association with the human papillomavirus (HPV) infection that causes warts with cervical cancer, but these are different subtypes of HPV which can be confusing.”

Dr Menon-Johansson, who is also deputy clinical lead for sexual health at Guy’s and St Thomas’ NHS Foundation Trust in London, continues: “The fourth most common STI in young people is herpes. The fi rst episode is the worst because of a lack of immunity; however the treatment is safe and effective. If and when herpes recurs, the episode severity decreases over time and recurrent episodes can be triggered by a range of things, including sleep deprivation. Syphilis is less common, but can cause severe problems if left untreated, such as effects on the nervous and cardiac systems, and this infection is an important cause of stillbirth.” HIV is not something that is seen very much in young people, he adds.

Clinics are also seeing more cases of mycoplasma genitalium (MG), adds Dr Menon-Johansson, and worryingly, an increasing number of these cases are resistant to first and second line antibiotic treatment. This infection often has no symptoms and can lead to inflammation of the genital and urinary tracts in both men and women, and can be missed by conventional diagnostics.

It’s about having targeted and informed conversations