Sight is the sense perhaps most often taken for granted. But with an ageing population, and age-related sight loss therefore increasingly common, looking after the eyes is as important as ever. 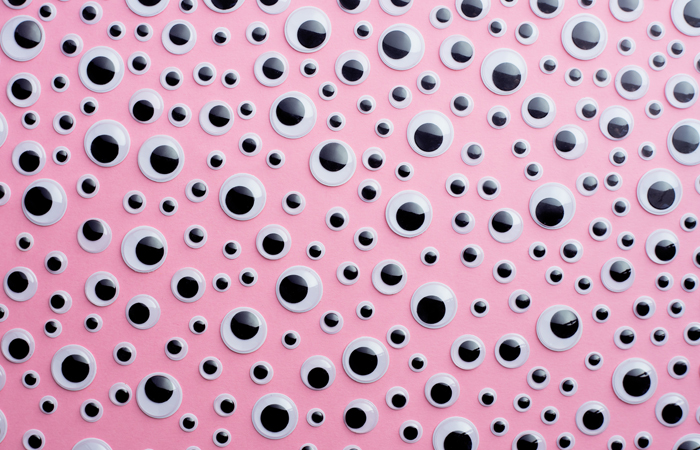 New research published in the British Journal of Ophthalmology suggests that age-related macular degeneration (AMD) – the biggest cause of irreversible blindness and severely impaired eyesight in the UK – will affect an estimated 77 million Europeans by 2050 – an increase of 15 per cent.

So what is age-related macular degeneration, and why is it on the rise?

According to sight charity the Macular Society, AMD is the biggest cause of sight loss in the UK, affecting over 600,000 people. It occurs when the small central portion of the retina – the light-sensing tissue at the back of the eye, which is known as the macula – deteriorates with age. Central vision may become blurry or distorted and gaps or dark spots may appear. As AMD progresses, the ability to see clearly will change, although there is always some peripheral vision remaining. When at an advanced stage, AMD can be treated but not cured.

The latest data from the Royal National Institute of Blind People (RNIB) estimates there are 1.2 million people in the UK living with sight loss who are aged 75 years and over, and the older someone is the greater their risk of developing AMD. Around one in every 200 people has AMD at age 60, and by the age of 90 it affects one person in five.

There are two main types of AMD: dry and wet. Dry AMD is the most common and develops slowly as the macula cells deteriorate. At present, there is no treatment for this form of the disease.

Wet AMD develops when abnormal blood vessels grow into the macula, leaking blood or fluid, which can lead to scarring and rapid loss of central vision. Wet AMD is treatable by injection, if diagnosed early enough, but failure to do so can lead to permanent, irreversible central vision loss. Therefore, the earlier it can be detected, the better.

And of course it is worth reminding customers that those aged over 60 are entitled to a free eye test every two years – which includes examination of the macula – and every year for those aged over 70.

Spotting those at risk

Dr Louise Gow, specialist lead in eye health at the RNIB, says there are a number of risk factors that increase the chances of a person developing AMD, which pharmacy staff and customers need to be aware of: 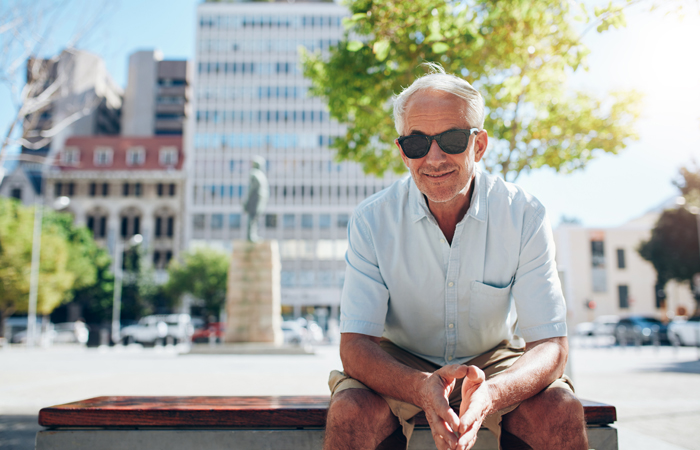 If pharmacy teams have concerns that a customer may be displaying signs of AMD, it is important to act fast.

Iftikhar Gulfraz is superintendent pharmacist at Eye Pharmacy, an independently owned pharmacy and optician established in 2009, with branches in Mirfield and Ravensthorpe in West Yorkshire. He says the best intervention that community pharmacy can make is to recognise there is something wrong and refer the customer to an optician. “With AMD people normally lose their vision from the centre outwards so it’s quite noticeable, but they often just think this is to do with getting old. So if we have a customer telling us ‘my eyes aren’t what they should be’, advising them to see an optician as soon as possible is the best way to quickly find out what’s going on.”

As well as giving smoking cessation and dietary advice, Louise says pharmacy teams “can also remind anyone who buys ready-made reading spectacles from your pharmacy they should have an eye test too. Explain that an eye test is not about buying specs, but for looking after eye health. For those who find going out for eye tests difficult, remind them that some opticians can come to their home on the NHS.”

Unfortunately, taking these precautions does not prevent AMD from progressing in everyone, but there is still plenty to do to help people after diagnosis.

Cathy Yelf, chief executive of the Macular Society, says: “Although there is currently no medical treatment for dry AMD, patients should continue to be monitored by their optometrist and referred to a specialist if their vision worsens, and pharmacy staff can play a key role in reinforcing this to customers.

“As many as half of all people with AMD also experience a phenomenon known as Charles Bonnet syndrome, which causes visual hallucinations. Many believe, wrongly, that they have a mental illness, such as dementia, so good quality information and reassurance is vital to help these patients.”

Cathy says there is “considerable evidence” that many people do not have enough advice and support after diagnosis. “There is particular concern that patients with dry AMD are not well informed of the risks of developing wet AMD, or what to do if their vision changes”, she says. “A lack of information about these matters is associated with a higher risk of being registered as sight impaired or severely sight impaired. GPs are generally not well informed about AMD, [so] pharmacy staff are ideally placed to help support these patients, and we welcome referrals from all healthcare professionals,” Cathy adds.

In the meantime, there is plenty to do to raise awareness of the symptoms and risks of AMD with pharmacy customers.

Iftikhar says: “A great place to start is by getting involved with relevant public health campaigns and distributing leaflets. For example, this year’s National Eye Health Week (NEHW) takes place from 21-27 September and will give you a great opportunity to promote the importance of good eye health and the need for regular eye tests for all.”

Cathy says pharmacy teams can also increase their own awareness of AMD and macular disease. “Any healthcare professionals can sign up free of charge for professional membership with the Macular Society to receive a comprehensive range of literature for their practice, as well as our members’ magazine and e-newsletters”, she says. “We provide free online training for all healthcare professionals with full CPD and Certificate in Education and Training (CET) accreditation.”

By learning about AMD, pharmacy teams can help customers recognise the signs and symptoms and encourage them to seek additional support, rather than hoping it will get better by itself, which could potentially save their sight.

Signs and symptoms of AMD

Wet age-related macular degeneration develops when abnormal blood vessels grow into the macula. These leak blood or fluid, which leads to scarring of the macula and rapid loss of central vision. Wet AMD can develop very suddenly but it can now be treated if caught quickly, so fast referral by an optometrist to a retinal specialist at a hospital is essential.

Dry age-related macular degeneration is a slow deterioration of the cells of the macula, as the retinal cells die off and are not renewed over many years. The term dry does not mean the person has dry eyes, just that the condition is not wet AMD. The progression of dry AMD varies, but in most people it develops over many months or years. People often carry on as normal for some time.

There is currently no treatment available for dry AMD. Around 10-15 per cent of people with dry AMD go on to develop wet AMD. If a customer has dry AMD and notices a sudden change in their vision, it is important they contact their optometrist or hospital eye specialist urgently.