Community pharmacy has an essential role to play in delivering the long-anticipated NHS Long Term Plan, which has prevention at its heart

Up to 500,000 lives could be saved over the next 10 years by focusing on prevention and early detection of diseases such as such as strokes, heart problems and cancer. This was the message from NHS bosses and Government ministers as the long-awaited NHS Long Term Plan was unveiled yesterday (7 January). 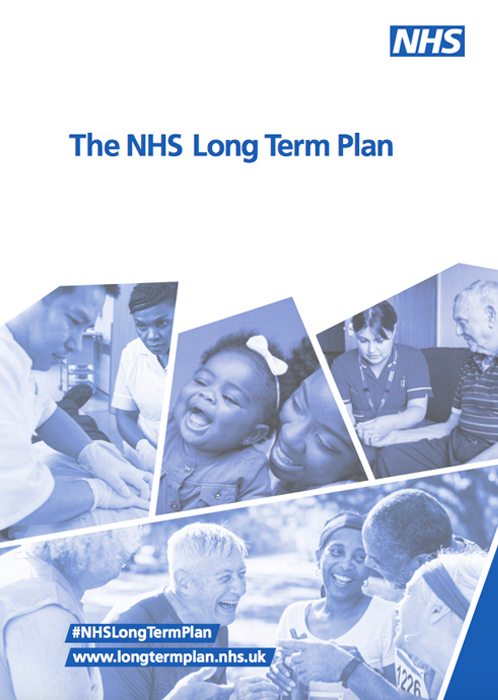 Key focus areas include improving prevention and detection and ensuring more people receive care in the community rather than attending hospitals, as well as improving NHS staff retention and using digital tools such as the NHS App to improve the planning and delivery of services.

Allowing communities to live and age well is at the centre of the plan. It details specific new evidence-based NHS prevention programmes to, among other objectives, cut smoking; reduce obesity, partly by doubling enrolment in the successful Type 2 NHS Diabetes Prevention Programme; limit alcohol-related A&E admissions; and lower air pollution.

When launching the plan, prime minister Theresa May said it would “secure the health service for generations to come” and it is hoped that a renewed focus on prevention will benefit patients and make the NHS fit for the future, by curbing demands on the health service.

NHS England says pharmacy teams “have an essential role to play in delivering the long-term plan” and the document mentions activities carried out by ‘clinical pharmacists’ working in hospitals and GP surgeries.

A multi-billion pound investment drive will fund the “substantial expansion” of the role of these clinical pharmacists in primary care networks that will see ‘rapid response’ teams assigned to local care homes.

The plan also describes ambitions to make greater use of community pharmacists’ skills and opportunities to engage patients, for example through health screening.

However, some have expressed concern that NHS England’s mention of  “further efficiencies” to be made with regard to community pharmacy suggest financial hardship in the sector will worsen.

Alcohol and tobacco are two of the biggest causes of ill health and early death and NHS England chief executive Simon Stevens commented that the right support could save lives. Under the new plan, problem drinkers and smokers who end up in hospital will be helped by dedicated services including new Alcohol Care Teams, which offer specialist help to hospital patients on how to give up drinking and support to stay off alcohol.

There is also a drive to reduce alcohol-related admissions to hospital and alcohol-related harm, which requires support in the wider community to ensure people can access the information and support they need.

Mr Stevens said: “The NHS long term plan delivers a sea-change in care for a range of major conditions like cancer, mental ill health and heart disease, as well as stepping up to do more on preventing ill health in the first place by giving patients the support they need to take greater control of their own health and stay fitter longer.”

Sandra Gidley, chair of the Royal Pharmaceutical Society’s English Pharmacy Board, commented: “The focus on prevention in today’s plan ensuring more people stay free from ill health is much needed.

“We are confident that pharmacists and their teams across primary care can deliver on many of the measures set out in the plan: providing NHS health checks, supporting early detection and prevention of cardiovascular and respiratory disease and increasing the numbers of physical health checks for people with mental health problems. All of these place pharmacists at the heart of improving patient care.”

Tess Fenn, president of the Association of Pharmacy Technicians UK, said: “The report rightly recognises the role of pharmacy as a fundamental partner in the provision of community-based healthcare and the inclusion of the pharmacy team in new primary care networks is welcomed.

“Making better use of community and GP pharmacists’ clinical skills further enables and enhances the supporting role of the pharmacy technician… APTUK looks forward to working collaboratively with patients and the public, professional partners, NHS England and the Government to realise the ambitions within this plan.”