In Recognition of Excellence 2018

The judges described Shirley Jamieson as “a true gem” for the way she supports patients both physically and mentally, and for being instrumental in developing good relationships with other healthcare professionals and local charities 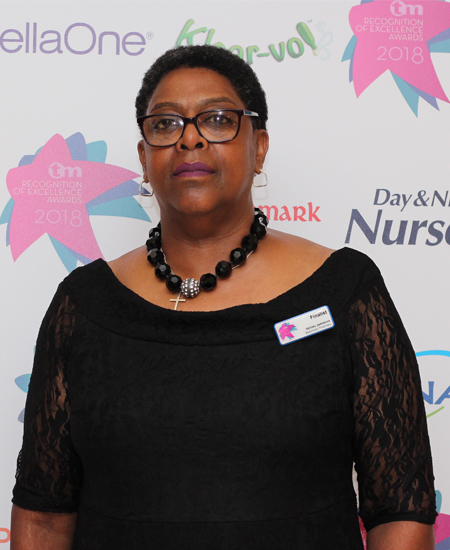 Shirley Jamieson is the face of Bedminster Pharmacy in Bristol, says team leader Beata Mularska, who adds: “She captures the spirit of person-centred care in community pharmacy like no other.”

The Awards judges agreed with Beata, putting Shirley forward for the National Pharmacy Association-sponsored Pharmacy Champion Award because “delivery drivers are often overlooked, but she plays a pivotal role”. They then declared her the winner of the hotly-contested prize.

Beata has nothing but praise for Shirley, highlighting the fact that she brings “great professionalism and dedication” to her role, while being “conscientious, caring and compassionate”. Testimonials from customers supported this view, with one taking the time after the death of her mother to write to the pharmacy to thank Shirley for “brightening her day” every time she made a delivery.

A former bus driver – experience that certainly set her up well for the driving and local knowledge aspects of her current role – Shirley doesn’t just deliver medicines. She distributes campaign leaflets and provides a personalised service, which also sees her posting letters and parcels, buying groceries and visiting patients in hospital. She also highlights the availability of pharmacy services such as flu vaccinations, medicines use reviews and the new medicine service to patients while on her rounds, increasing uptake among those who potentially benefit the most: the housebound and their carers.

Last year saw Shirley take the lead on Bedminster Pharmacy’s “winter cold homes” campaign, identifying vulnerable patients from among those she delivers to, and signposting them to the local surgery for help. This is just one example of how she has worked tirelessly to build relationships between the pharmacy, local GP practices, community nursing teams, and social care and secondary care organisations. She also gets stuck into staff training – on one occasion arranging for a pre-registration pharmacist to deliver sessions on administering eye drops and inhaler technique to carers at the sheltered accommodation premises she visits on her rounds.

Shirley is much loved locally, with the pharmacy’s top tweet of 2018 being a photo of her making deliveries in the snow. She extended her care beyond the pharmacy’s patients during that time by handing out survival packs to those sleeping rough. She has received commendations from many, including Alliance UniChem chair Mike Smith, Health Select Committee chair Sarah Wollaston, and MPs Jon Ashworth and Karin Smyth: she is truly flying the flag for grassroots pharmacy staff.

The judges were bowled over by Shirley, with NPA chief pharmacist Leyla Hannbeck heralding her as “a case study of why the face-to-face supply function in a local pharmacy is never just a supply and delivery role” and calling delivery drivers “key patient-facing staff” who are “greatly underestimated” in terms of the scope of their role. Shirley herself says: “After nine years of doing this, I think I enjoy it more than ever. Companies like Amazon say they can put people’s medicines through their letter boxes, but that misses the point of what this is about: a lot of these people don’t see anybody else, so the smile and chat mean so much to them.”

Judge and Numark head of professional development Laura Reed said: “Shirley is a great advocate for pharmacy. She goes above and beyond to help patients wherever possible and also to raise the profile of pharmacy, right up to Government level. Shirley has shown great innovation to help not only her pharmacy team, but also the local community. She takes every opportunity to interact and promote health messages… a true credit to her pharmacy and the whole profession.” 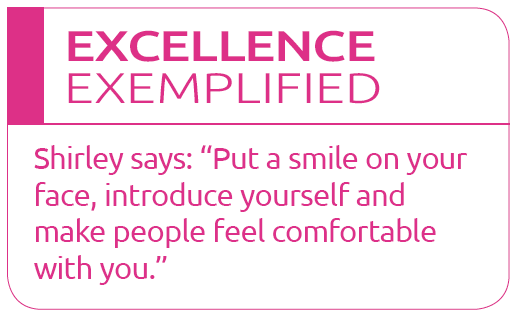 In Recognition of Excellence 2018