All things being equal

‘Meeting the needs of everyone’ is one of the founding principles of the NHS. 70 years on from its creation, is enough being done to tackle unequal health outcomes?

The National Health Service (NHS) was inspired by the radical idea that quality healthcare should be a right, not a privilege enjoyed by the few. Prior to its creation, healthcare in Britain was a hodgepodge of private practitioners, charitable hospitals and some council-run services. The introduction of National Insurance contributions in the early twentieth century is sometimes seen as a precursor to the NHS, but this fell far short of universal health coverage.

Nye Bevan’s NHS was based on three core principles:

An NHS constitution published by the Department of Health in 2011 fleshes out the ethos a bit more – the NHS “aspires to the highest standards of excellence and professionalism”; is “committed to providing best value for taxpayers’ money,” and so on – but after 70 years it is still these three original ideas that define the NHS for most of us. And, they continue to shape what is now the largest single-payer healthcare system in the world.

Thankfully, the health service works for most of us who need it. It is no stranger to controversy (witness the junior doctor strikes in recent years), and funding is a constant concern, in part due to an ageing population and newer medical treatments that are much more sophisticated than anything Nye Bevan’s NHS was tasked with providing. Nonetheless, most people can expect a good standard of care and many conditions that were once fatal are now treated quickly and easily. This has helped bring about a considerable increase in average life expectancy: from 66 for men and 71 for women in 1949 to 79 and 83 respectively in 2016.

However, some question whether the NHS in its current state is ‘meeting the needs of everyone’. Public Health England (PHE) defines health inequalities as the “preventable, unfair and unjust differences in health status between groups, populations or individuals that arise from the unequal distribution of social, environmental and economic conditions within societies”. These discrepancies impact on every aspect of health, says PHE, from the risk of getting ill in the first place to prevention and accessing treatment.

Unfortunately, there are signs that things are getting worse. Over the past 20 years, the Office for National Statistics (ONS) says that the gap between areas with the highest and lowest life expectancy at birth has increased. David Buck of health charity The King’s Fund describes new ONS statistics showing that female life expectancy at birth in the poorest areas has fallen as “an indictment of a lack of government focus and ambition” and “something we simply should not be seeing”.

It is an unfortunate fact that where you grow up affects your risk of ill health, with factors like obesity and tobacco addiction more prevalent in deprived areas. Men and women in the poorest tenth of areas have shorter lives than those in the least deprived (nine and seven fewer years respectively) and spend more of their lives in poor health. Nearly half the difference in life expectancy is caused by excess deaths from heart disease, cancer and stroke in the most deprived areas.

There are “lots of dimensions to the problem,” says Sandra Gidley, chair of the Royal Pharmaceutical Society’s English Pharmacy Board. Sadly, Sandra says, there is anecdotal evidence to suggest that some people in deprived areas “don’t value themselves and don’t think their health is worth investing in,“ which could point to a complex relationship between mental health and the kind of unhealthy behaviours that can impact on longevity.

Interestingly, Sandra views the difference in health outcomes for men and women as one major example of health inequality. She saw this in her work as a trustee of the Men’s Health Forum. “As a woman I’m so used to women being the underdog,” she says, so “it was really interesting working with a group of people where men’s health outcomes were being discussed.” The fact that men access pharmacy less than women is significant, she believes.

Ade Williams, superintendent pharmacist at Bedminster Pharmacy in Bristol, says that in his view the three aspects of health that are most affected by inequality are obesity – particularly childhood obesity, which he says is more prevalent in deprived communities – gender and mental health.

Ade talks of the disparity in the importance placed on physical and mental health. He sees many patients who have suffered as a result of this, and says that while health services are increasingly aware of the need to focus on mental wellbeing, “it’s a shame we let it get to this in the first place”.

“A lot of community pharmacies have always been aware of this,” Ade says. This is partly because pharmacies see the impact that physical ailments can have on mental wellbeing up close during pharmacy consultations. “I think one of the reasons why we’ve always stressed the value of the face-to-face service is patients that have any long-term mobility conditions are the most affected by mental health problems.”

Ade says that mental health is “a real crisis that needs addressing.” We need to change care models to make them more responsive to local need, he argues.

Some argue that tackling inequality requires making better use of the NHS workforce. Pharmacy teams, for example, have long been calling for recognition of the valuable work they do – and for greater investment to help them serve population groups that can be hard to reach.

Sandra says there is real potential for pharmacy. “There are lots of opportunities to give some help and advice that nudges in the right direction – if you talk to someone who has had a sedentary lifestyle and not eaten well, you’re not going to get them to go to the gym and start eating quinoa overnight,” she says, whereas regular interventions can make a real difference.

If pharmacies have such potential to level the playing field, then anything that hinders the sector – such as recent swingeing cuts to the funding community pharmacies receive – is a cause for concern. Sandra comments: “When we were talking about pharmacy cuts a couple of years ago, we had a real concern that some of the pharmacies that might suffer were those in relatively poor areas. These were under-doctored areas, where there then wouldn’t be a pharmacist.”

Ade says that pharmacy needs support to address unhealthy lifestyle factors. “I think something must be done to build on the [healthy living pharmacy] model and look at how we are going to help people to take responsibility and support healthy living, weight management.” This could involve working with CCGs or STPs, Ade suggests, adding that while obesity is “the biggest crisis we all know we’re facing,” not enough is being done.

Ade sees social prescribing as one part of the solution. Also known as community referral, this involves referring primary care patients to non-medical sources of support that can improve wellbeing, such as volunteering, group learning or sports.

Ade says: “Social prescribing acknowledges the fact that a lot of the issues people face are not necessarily to do with their physical health but rather a combination of things – particularly issues like mental health and people being isolated.”

This may sound worthwhile, but can it be developed into a concrete strategy and rolled out across the country? Ade believes so. “I think it’s definitely scalable. If we want to get mental health right, why not focus on social prescribing and give it to pharmacy to manage.” As well as helping patients, this would “acknowledge the fact that pharmacy is a health and social care asset in the community,” he says.

Ade says that while pharmacy can play a crucial role in improving health outcomes, “what is lacking is acknowledgement from the system that this is the case. They look at what we are doing and say it is promising – but the next step is to actually support it.”

He mentions a Public Health England report that came out earlier this year looking at community-based resources and networks: “When you look through that report, you find that the model of healthcare they are proposing is closely aligned with what community pharmacy already offers.

“That’s the reason that when the Government announced the funding cuts, the sector said, ‘We are on the ground delivering services unpaid that we feel bound to provide by our professional and social obligations – please don’t make it any more difficult for us to do so.’”

A final word from Sandra Gidley: “If I had a wish for the NHS 70 years in, it would be to reverse the funding cuts of two years ago and think how you can properly integrate community pharmacists and others into primary healthcare.”

Click here to find out how the founding of the NHS impacted pharmacy and public health promotion.

Pharmacy is a health and social care asset in the community

Celebrating 70 years of the NHS 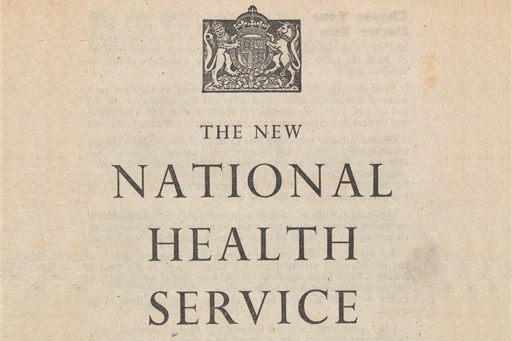 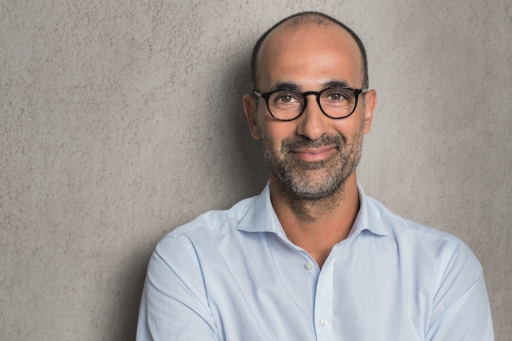