Fears about cancer can put many people off seeking help, but added concerns around Covid-19 have, in some cases, put even more barriers in place

With many GP surgeries closed for face-to-face consultations and the overarching recommendation for people to stay at home as much as possible, it’s hardly surprising that people have been feeling anxious about seeking help for health concerns during the pandemic, including for issues as serious as cancer.

A recent poll by communications consultancy Portland revealed that getting Covid-19 or infecting family members were among the top reasons that people would not ask for advice around cancer symptoms, along with fears that they could be a burden to the health service.

Similarly, new research from Jo’s Cervical Cancer Trust found that one in eight women (12 per cent) say they feel less likely to attend cervical screening appointments than before the Covid-19 pandemic, with 13 per cent thinking it is best to put off going at the moment.

Of those who do decide to seek help, Cancer Research UK says that at the beginning of the Covid-19 outbreak, the number of people being urgently referred for suspected cancer dropped by up to 75 per cent. This means far fewer people were getting diagnostic tests for cancer through this route compared to before the pandemic. The charity estimates that up to 290,000 people missed out on an urgent suspected cancer referral for further tests in the first 10 weeks of lockdown across the UK, which would normally catch up to 20,300 cancers over the same time period.

And it’s not just urgent cancer referrals that have been affected. All national cancer screening programmes were effectively paused in each UK nation by the pandemic, which means up to 1.2 million invitations to take part in bowel, breast and cervical screening were not being sent out each month.

But just because life has effectively paused during the pandemic, it doesn’t mean that cancer has gone away.

Professor Peter Johnson, the NHS England clinical director for cancer, has urged people not to hesitate to get checked, since detecting cancer as early as possible is vitally important for organising swift treatment and ensuring the best chance of survival. He stressed that “waiting to get help could have serious consequences for patients” and, in the long term, “put a greater burden on the NHS”.

One way to reassure customers with cancer concerns is by explaining that online consultations mean they may not necessarily need to go to their GP surgery for a check up. Advice from Cancer Research UK suggests that pharmacy teams can help reassure those who have concerns after an abnormal screening result that measures are in place to ensure that everyone with an abnormal result is followed up. Further down the line of treatment, the NHS has set up Covid-19-free cancer hubs to provide surgery so people can have their operations safely.

With breast cancer being the UK’s most common cancer, it’s likely that pharmacy teams may see customers coming in with queries about this – especially as community pharmacies remain the most accessible source of expert health advice and information for people right now.

Around 55,000 women and 370 men are diagnosed with the disease each year in the UK, according to the charity Breast Cancer Now. While the risk of breast cancer increases with age, nearly 20 per cent of cases are in women under the age of 50, making the disease the leading cause of death in this group.

With that in mind, it’s a good idea for pharmacy teams to familiarise themselves with the signs and symptoms of breast cancer – remembering they can occur in both men and women – so that they can advise and signpost customers with concerns.

Breast cancer starts in the breast tissue, most commonly in the cells that line the milk ducts of the breast. It happens when abnormal cells in the breast begin to grow and divide in an uncontrolled way and eventually form a tumour.

The first symptom most people notice is a lump or thickening in their breast or armpit. They may also sense a change in size, shape or feel of their breast, such as skin changes including puckering, dimpling, a rash or redness; changes in the position of the nipple; or fluid leaking from the nipple in a woman who isn’t pregnant or breastfeeding.

Anyone experiencing these kinds of symptoms will, understandably, feel anxious. It’s therefore important to reassure them that these may not be due to breast cancer, but they should still get checked out by their GP, even if they are feeling well. The earlier a cancer is picked up, the easier it is to treat it and the more likely the treatment is to be successful.

The latest statistics from England and Wales show that breast screening targets are being missed. The NHS waiting times quarterly data shows the targets of 93 per cent for the two-week wait for those referred with breast symptoms in England has been missed, with the number seen within two weeks by a specialist falling to 90.8 per cent in Q4 2019/20.

Similarly, data on the breast screening programme published by Public Health Wales show that breast screening uptake – the number of eligible women invited to screening who attend within six months of invitation – has fallen below the minimum standard of 70 per cent for the second year in a row.

Because invitations and follow-up appointments are being suspended or delayed in many areas due to Covid-19, Baroness Delyth Morgan, chief executive at Breast Cancer Now, is concerned that these figures are “a worrying indication” of the impact the coronavirus outbreak has had on the number of referrals for people with possible symptoms to see a breast cancer specialist.

Until these get back on track – and even once they do – pharmacy teams can advise and encourage customers with concerns to continue to be proactive about screening. “It’s so important everyone knows that they can and should still get in touch with their GP surgery urgently if they notice an unusual change in their breasts,” says Baroness Morgan. “The earlier breast cancer is diagnosed, the more likely treatment is to be successful.” 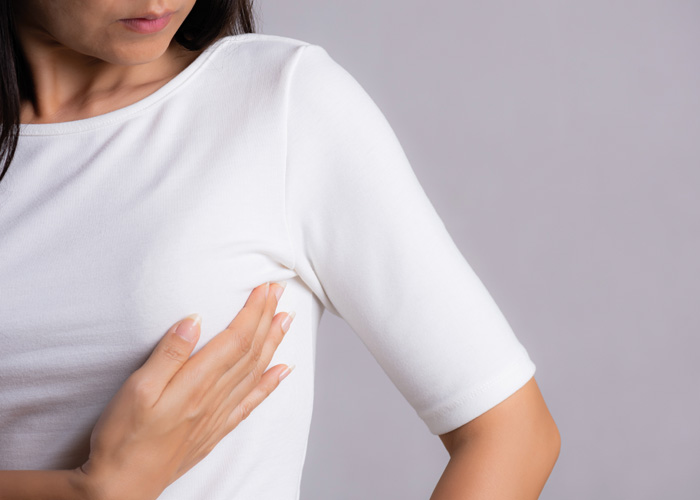 “This could be as simple as listening and offering reassurance. If a patient is worried that they might have breast cancer, I would start by talking to them about their concerns. It may be helpful to reassure them that most breast lumps are usually not cancer, but it is still important to get checked, even during coronavirus,” she says. “They may also want to know more about what is likely to happen when they visit the GP. Usually, the GP would initially examine the area and may then refer them to a clinic for further tests. This could include a mammogram, ultrasound scan or a biopsy.”

Lydia points out that some people might be concerned about breast cancer even if they don’t have any symptoms. “This could be an opportunity for you to have a conversation about the common symptoms of breast cancer, the importance of being aware of how their breasts normally look and feel – this may change along with their menstrual cycle – and what to do if they notice something unusual. For women aged over 50, the NHS Breast Screening Programme provides an additional routine check,” she says.

Pharmacy teams can help women understand the importance of getting into the habit of regularly checking their breasts – and chests, for men – and contacting their GP if they notice any unusual, persistent change. Dr Beth Lynch, GP and member of the medical advisory group at the breast cancer charity Coppafeel, recommends that ahead of any chat, people write down their concerns and “share all relevant information about [their] situation”. She adds that even during lockdown, “GPs are still encouraged to refer people for more tests where necessary, so rest assured they will be able to take this action if they feel it is needed”.

Customers waiting to see their doctor can also call the Cancer Research UK nurses on freephone 0808 800 4040 to talk about any concerns, and the Breast Cancer Now nurse helpline is open for the public and healthcare professionals to call free from all UK landlines and mobiles on 0808 800 6000.

Avoiding the issue, missing screening appointments or delaying treatments and surgery will have a severe effect on people lives, as well as creating a future bottleneck of burdens on the NHS. Since no one knows how long the Covid-19 pandemic will continue, nor predict what the new normal will look like on the other side of it, pharmacy teams have a potentially life-saving role to play in encouraging customers with cancer concerns to seek out prompt advice and care.

Five million women are invited for cervical screening each year in the UK, yet only around 3.5 million take up their invite, according to Jo’s Cervical Cancer Trust.

With low cervical screening attendance already a concern before Covid-19, and cervical screening in the UK now delayed or paused in some areas, the charity has launched a new ‘frequently asked questions’ resource to address common questions and reassure women that while visiting a GP might look a bit different at the moment – for example, with staff wearing personal protective equipment (PPE) – cervical screening itself remains the same. 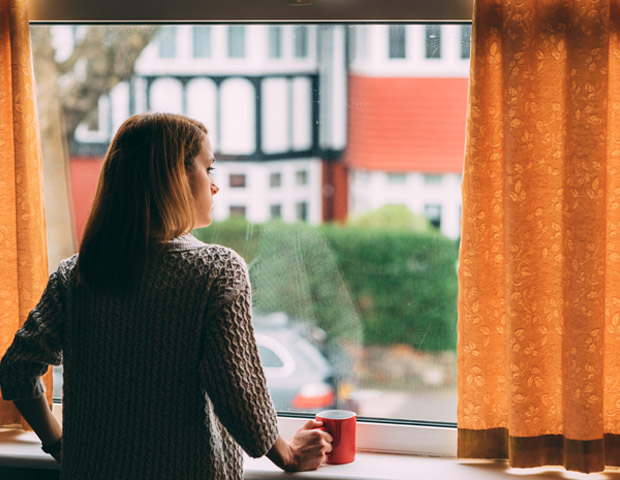 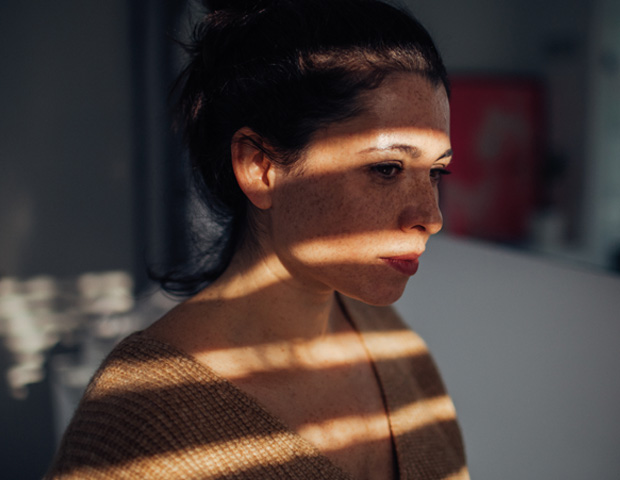