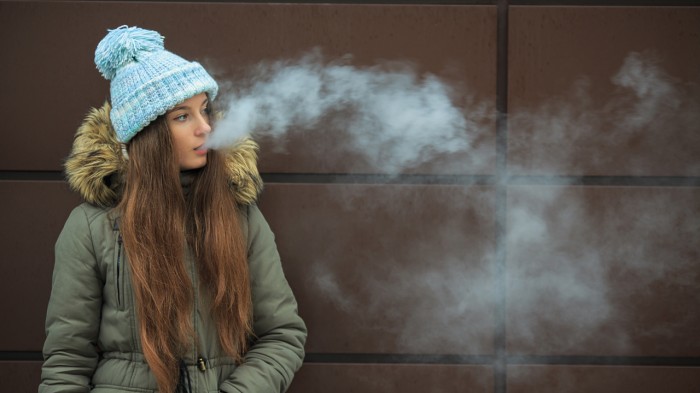 UK Governments have ‘smoke-free’ ambitions, but Cancer Research UK calculations show that 280 children a day start smoking in England alone, two thirds of whom will go on to become daily smokers. How can pharmacy teams best support quitters to stop?

The latest data from the Office for National Statistics show that there are around 6.7 million smokers in the UK – that’s 13.8 per cent of the population.

England has around 5.5 million adults smoking (13.5 per cent of the population), with smoking rates in Wales (15.3 per cent) and Scotland (16 per cent) slightly higher, and in Northern Ireland slightly lower, at 13.2 per cent.

The good news, according to the charity Action on Smoking and Health (ASH), is that smoking rates have dropped steadily across the UK in the last 10 years as a result of comprehensive tobacco control measures, which saw them fall from 20.2 per cent to 13.8 per cent between 2011 and 2020. The other good news is that the proportion of the population who have never smoked increased from 37.4 per cent in 1974 to 60.4 per cent in 2019.

In general, men are more likely to smoke than women. However, smoking rates remain strongly linked to inequalities, with higher rates of smoking associated with virtually every indicator of disadvantage and accounting for half the difference in life expectancy between the richest and poorest in society.

Sadly, according to ASH, current smoking rates are not falling fast enough for the UK nations to meet their smoke-free targets.

In February 2012, the Department of Health published the 10 Year Tobacco Control Strategy for Northern Ireland, with the overall aim of creating a tobacco-free society. While this has yet to be achieved, further restrictions on smoking may help: legislation banning smoking in workplaces and indoor public places introduced in Northern Ireland in April 2007 was extended to private vehicles carrying children from 1 February 2022.

ASH says that to reach all of these smoke-free goals, we need "bold plans in all parts of the UK", and adds: "The Government in England must ensure its upcoming tobacco control plan includes ambitious new measures to drive down smoking rates amongst disadvantaged groups, where prevalence remains stubbornly high. There is still much to be done, especially for smokers in deprived and disadvantaged communities and for the children and young people growing up in these communities."

On the plus side, one in 20 smokers do successfully quit each year. Of these, 10 per cent get professional advice and use medication, 14 per cent use nicotine replacement therapy (NRT) products bought at a pharmacy, 35 per cent succeed on their own without formal help, and 41 per cent use e-cigarettes.

Studies repeatedly show that smokers who use a specialist stop smoking service are three times more likely to quit than if they try to do so unaided, putting pharmacy teams in the ideal place to recommend these services and initiatives to customers.

"Most smokers want to quit, and the best thing pharmacy teams can do is to connect smokers with quitting support," says an ASH spokesperson. "Some pharmacies are already delivering this support and others can refer people into local authority-funded support. Customers can also self refer by searching 'Smokefree' to find their nearest stop smoking service. The most important thing is to raise support to quit at every opportunity with smokers."

How to start 'stop' conversations

If there’s one time in the year when pharmacy teams have the best chance of striking up conversations with customers about how they can support them to stop smoking, it’s October. (Okay, so that’s months away, but you can get it in your diary!)

The Government’s Stoptober initiative encourages smokers to abstain from smoking for 28 days in October – based on the statistic that if a person can quit smoking for 28 days, they are five times more likely to quit permanently. The initiative offers a free programme involving a personal quit plan, online communities, and a mobile app.

Outside of October, although pharmacy teams are often the first point of contact for smokers and those wanting to quit, it’s not always easy to start conversations.

Hazel Cheeseman, deputy chief executive of ASH, says the NICE-recommended Very Brief Advice (VBA) training on the National Centre for Smoking Cessation and Training (NCSCT) website is a useful guide for pointers on evidence-based ways to have conversations with smokers.

The VBA approach involves Asking, Advising and Acting. First Ask the person whether they smoke. If they do, move straight onto Advice and tell them that the best way to quit is with a combination of medication and support. Then comes Act: signpost them to local services, including those offered in the pharmacy or by their GP.

"The NHS service is a person centred approach, meaning pharmacy teams work with patients to tailor a plan to their needs," says a spokesperson for LloydsPharmacy, which has used the service to help thousands of people to quit. "This involves expert advice and support, and weekly visits to the pharmacist, and can be used in conjunction with nicotine products and/or nicotine replacement therapy."

The best treatment depends on the person’s preference, age, whether they are pregnant or breastfeeding, and any medical conditions they have.

Let's take a look at the available options...

The main reason people keep smoking is because they are addicted to nicotine. NRT provides a low level of nicotine, without the tar, carbon monoxide and other poisonous chemicals present in tobacco smoke, so it helps to control cravings and reduces withdrawal symptoms such as moodiness, irritability and difficulty concentrating.

NRT products are sold in pharmacies and some shops. They are also available on prescription from doctors and from NHS stop smoking services. They come in various formats: patches that are worn on the skin, chewing gum, inhalators (which look like plastic cigarettes), tablets, oral strips and lozenges, nasal sprays and mouth sprays.

Patches release nicotine slowly. Inhalators, gums and sprays act more quickly and may be better for helping with cravings. There is good evidence to show that using a combination of different NRT formats is more effective than using a single product.

Treatment with NRT usually lasts eight to 12 weeks, before the quitter gradually reduces the dose and eventually stops. Most people can use NRT, including adults and children over 12 years of age, pregnant and breastfeeding women, but check pack instructions to make sure you are familiar with any restrictions.

An e-cigarette or vape is an electronic device that delivers nicotine in a vapour, allowing users to inhale nicotine without most of the harmful effects of smoking as the vapour contains no tar or carbon monoxide. Some even contain no nicotine at all.

While not completely risk-free (they do contain potentially harmful chemicals), vapes are far less damaging to health than cigarettes, says the NHS.

According to ASH, e-cigarettes have also been shown to be at least as effective for quitting as medications such as NRT. New NICE guidance on smoking published in November 2021 said that healthcare professionals should support smokers to access e-cigarettes in view of this evidence.

In October 2021, the MHRA updated its guidance so that medically licensed e-cigarettes can be prescribed as smoking cessation tools. While there are no medically licensed products yet in the UK, this looks set to change, with updates expected soon.

Currently, by law, e-cigarettes must not be supplied to people under the age of 18. If customers ask about e-cigarettes, explain the options available and refer to the pharmacist, if required.

“Quick fix solutions should be placed at eye level”

E-cigarettes contain a battery powered heating element designed to aerosolise a solution of propylene glycol and/or glycerol, water and flavours, as well as – in most cases – nicotine. This will be either freebase nicotine or nicotine salts.

Nicotine salts became popular with the release of the ‘JUUL’ product onto the US market in 2015, and in England in 2018. Other brands also now use nicotine salt technology, and nicotine salts work in smaller lower wattage devices, such as pod systems.

Freebase nicotine has a higher pH than nicotine salts, resulting in a harsher hit to the throat when inhaled.

Nicotine salts contain benzoic acid, which lowers their pH level and is said to enable a smoother throat hit. Additionally, nicotine salts allow vaporisation at a lower temperature and enable higher nicotine levels to be inhaled.

To enable conversations about smoking cessation products that are available in pharmacy, Cathy Crossthwaite, Numark OTC business development executive, says it is vital that displays, services, and products are easily in view of customers. "Quick fix solutions should be placed at eye level on the fixture," says Cathy, "with long-lasting all day relief like patches and lozenges also close by.

"We suggest prioritising the merchandising of nicotine replacement therapy format and strength, as this is the first decision the shopper makes when looking to cease smoking, followed then by their brand choice and pack size. Products can be quite expensive and in high demand, particularly in quit season, so position them in eyesight of the counter to avoid theft, particularly if including e-cigarettes as part of the fixture."