Maintaining a healthy and happy smile is simple, right? Here's what the experts recommend

In primary school, most people learnt that a pea-sized squeeze of toothpaste and a two-minute brushing routine was the foundation for good oral hygiene. Although this is true, and the advice is still recommended by dentists, more can be done to maintain a healthy and happy mouth. 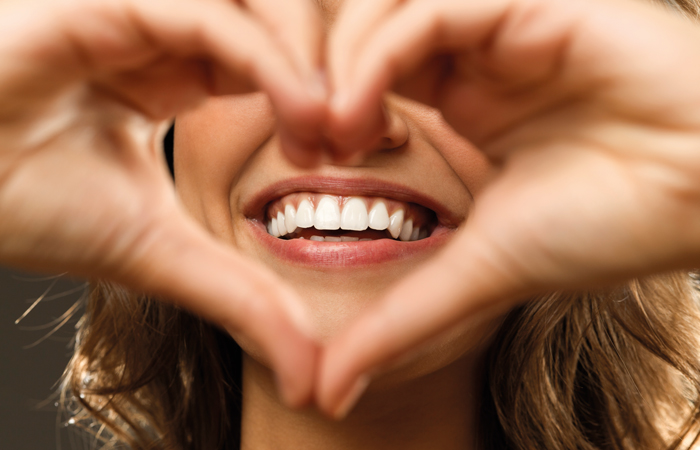 Negative connotations surrounding dental treatment means there is often a reluctance to seek help when problems arise. According to the Oral Health Foundation, almost half of UK adults have a fear of the dentist. But pharmacy teams can provide reassurance that caring for oral health is not as scary as it is often made out to be. Offering information about how to maintain good dental hygiene and the impact of poor dental hygiene on general health, prompting the necessary steps to prevent problems occurring in the first place, is also important.

So what answers do the experts suggest should be given to customers when they seek advice about oral hygiene?

Q: I regularly brush twice a day as recommended and use mouthwash after I brush, but can I do more?

A: One of the most common mistakes with oral care is the incorrect use of mouthwash, according to Karen Coates, dental advisor from the Oral Health Foundation. While she says that it’s a good idea to have mouthwash as part an oral care routine, it should not be used at the same time as brushing the teeth.

“A lot of people often get into the trap of using mouthwash at the same time as brushing their teeth, but that will just cancel each other out, so there is absolutely no point in doing that at all,” Karen says. “If you brush your teeth and use your mouthwash, you are rinsing all of the fluoride off that you have just put on by brushing your teeth and, equally, if you use mouthwash first and then brush, you are brushing all the mouthwash off.” And the same goes for rinsing the mouth with water.

Karen says mouthwash should be used at least an hour after brushing the teeth and can be used throughout the day to neutralise the mouth’s PH levels if food is consumed between meals.

Other products available to improve oral hygiene include dental floss or interdental brushes, which can help to keep the gums healthy. Tests have shown that electric toothbrushes are generally more effective and their use is encouraged over manual toothbrushes. Karen adds that toothbrushes themselves should be changed every three months or when they begin to curl.

Q: I’ve been brushing my teeth vigorously to ensure they are clean, but it seems to be causing problems with my gums. What am I doing wrong?

A: Over-brushing the teeth is a major cause of gum recession and Karen says it is unnecessary to put pressure on the teeth when brushing. “If you are [brushing] correctly, you don’t need to press on, you just use small circular motions and move around every area of the tooth. But obviously if you are using an electric toothbrush it naturally does that anyway,” she says.

Regular check ups also mean dentists can suggest professional cleaning when necessary. The NHS recommends that people with good oral health visit the dentist every 12 to 24 months, but those with problems will need check-ups more often.

Q: My teeth started to bleed when I began flossing so I stopped. Do I need to see my dentist?

A: If plaque or debris are left on the teeth, the gums can become irritated. For most people, when they begin flossing they experience a small bit of bleeding which is normal and in general, flossing should continue. The bleeding should stop after a short time, but may return if flossing subsides again. If bleeding is severe or continuous, a dental referral is recommended.

“Unlike anywhere else on the body where there is bleeding, you leave it alone, with brushing it means you should be doing a little bit more,” says Karen.

Q: I haven’t been to the dentist in a few years and my teeth generally feel fine, although I am getting some sensitivity from cold drinks. What should I do?

A: If customers have sensitivity, they should be advised to visit the dentist to see if there’s an underlying problem. A desensitising toothpaste can also be recommended to protect teeth from sensitivity. Karen says: “If it works for you keep using it, because as soon as you stop using it the effect will be lost so you’ve got to keep doing it. For most people a bit of desensitising toothpaste is enough.”

Mouth cancer is one of the fastest-growing cancers in the UK, with cases rising by 135 per cent over 20 years, according to the Oral Health Foundation’s State of Mouth Cancer Report 2018/2019.

While almost nine in ten (88 per cent) British adults have heard of mouth cancer, only eight per cent are confident about their knowledge of the disease and some 68 per cent of adults in the UK do not consider themselves to be at risk of developing it.

While it is well known that smoking and drinking excessive amounts of alcohol are damaging to organs such as the lungs and liver, it is perhaps less well known that they can both also lead to an increased risk of mouth cancer. The report suggests that 50 per cent of people are unaware that tobacco increases risks of mouth cancer, whilst 48 per cent of people who drink in excess of the Government alcohol guidelines, are unaware that drinking does too.

Another little-known cause of mouth cancer is the human papillomavirus (HPV). Although only women and girls can contract cervical cancer, the HPV virus can cause mouth cancer in anyone.

The Oral Health Foundation found that 76 per cent of sexually active adults are unaware that HPV, which can be transmitted through oral sex, is also a risk factor for mouth cancer. Pharmacy teams should therefore advise customers that practising safe sex can protect from much more than unwanted pregnancies and sexually transmitted infections (STIs).

Pharmacy teams have an important role to play in making customers aware of the risks of mouth cancer, such as smoking, drinking and HPV. As well as how to advise customers to limit these risks, for example by stopping smoking, drinking no more than 14 units of alcohol per week and practising safe sex.

Pharmacy staff can also raise awareness of the signs and symptoms of mouth cancer, which include long-lasting mouth ulcers; unexplained, persistent lumps in the mouth and neck that don’t go away; and red or white patches on the liming of the mouth or tongue.

Look out for how to increase awareness about mouth cancer with Mouth Cancer Awareness month in November.

Q: I’ve heard snacking is bad for my teeth, does this mean I shouldn’t eat between meals?

A: In general, snacking is not a bad thing, it just depends what snacks are chosen. Smart snacking focuses not on the amount of sugar but how often sugar is being eaten throughout the day.

“Between meals you want to be eating foods with a neutral PH, such as raw vegetables, rice cakes, bread sticks, toast, nuts, seeds – those kind of things are safer to snack on,” Karen says. “Be aware of cereal bars as they usually contain a lot of sugar because they can contain dry fruit an are often held together with honey. Dried fruit is not a great snack as it sticks in the teeth.”

If sugary foods are being eaten, it is thought that eating them close to a mealtime is less damaging to the teeth.

Tooth decay is caused by a build up of plaque on the teeth, which reacts with sugary foods, creating acid that can start to break down the surface of the tooth. Although the initial hole in the enamel doesn’t usually hurt, when the decay goes deeper, it can affect nerve endings, making teeth sensitive to hot or cold food and drink. If this is left untreated, decay can kill the tooth’s nerve, causing an abscesses or infection and leading to root canal treatment or extraction in severe cases.

Q: I have a two-year-old and a five-year-old. How should I be looking after their teeth?

A: Milk teeth have different structure to adult teeth, making them more vulnerable to tooth decay, and bigger nerves in children’s teeth means that the decay can reach the nerves much quicker.

“Parents think just because they are milk teeth they will fall out so you don’t have to worry about brushing them,” says Linda Greenwall, founder of the Dental Wellness Trust charity. But this is not the case, she explains. Not only will a good oral care routine as a child set a good foundation for adulthood, it will also ensure children are less likely to suffer from any pain
or sensitivity.

Linda recommends that parents supervise their children when they brush their teeth to ensure they are brushing for the correct amount of time and that they are brushing all the areas of the teeth. She adds that if children are taught how to brush correctly, it is not necessary for them to use an electric toothbrush.

The level of sugar in foods is a growing concern when it comes to children’s oral health. According to a 2017 survey by Public Health England (PHE), 23.3 per cent of five-year-olds who participated had decayed, missing or filled teeth, often resulting from sugary foods and drinks. The results also noted that children from deprived backgrounds tend to have a higher level of decay, suggesting that further education about the importance of childhood oral care in these communities is necessary. 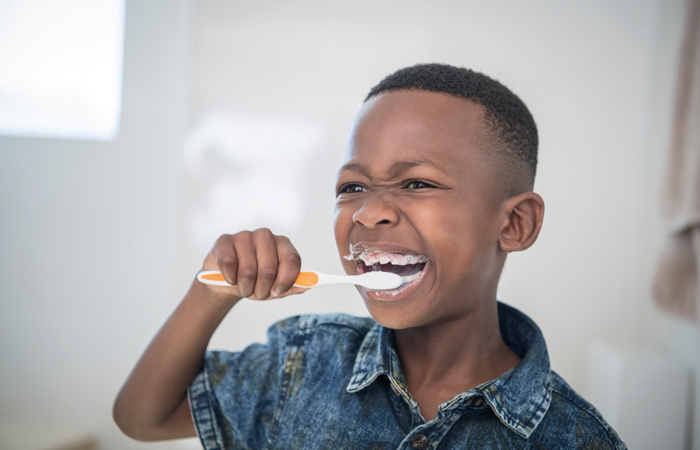 Q: Can I buy products off the internet to whiten my teeth?

A: The only over-the-counter teeth whitening products legally available in the UK can contain a maximum of 0.1% hydrogen peroxide, which would have little effect on tooth whitening, Karen explains. “If you use a whitening toothpaste, at best, what you are going to do is remove any staining that might be there. You’re not going to be able to alter the intrinsic colour of the teeth,” she adds.

For whitening, customers should be advised to visit their dentist and never to purchase kits online, as these can be dangerous.

Q: I have just started wearing dentures. What do I need to do to look after them?

A: Dentures should be cleaned morning and night, and Karen’s top tip is that they should be cleaned with a separate brush from the everyday toothbrush. She adds: “You don’t brush it with toothpaste because it is too abrasive so you need to use something that’s specific for the job. If you are doing it over a sink put a towel down or some water in the sink because if you drop the denture in the sink it will break.”

Karen suggests removing the dentures at night to give the mouth a rest. If customers are adverse to using the overnight solutions that are available, the dentures can be left in water to prevent warping. 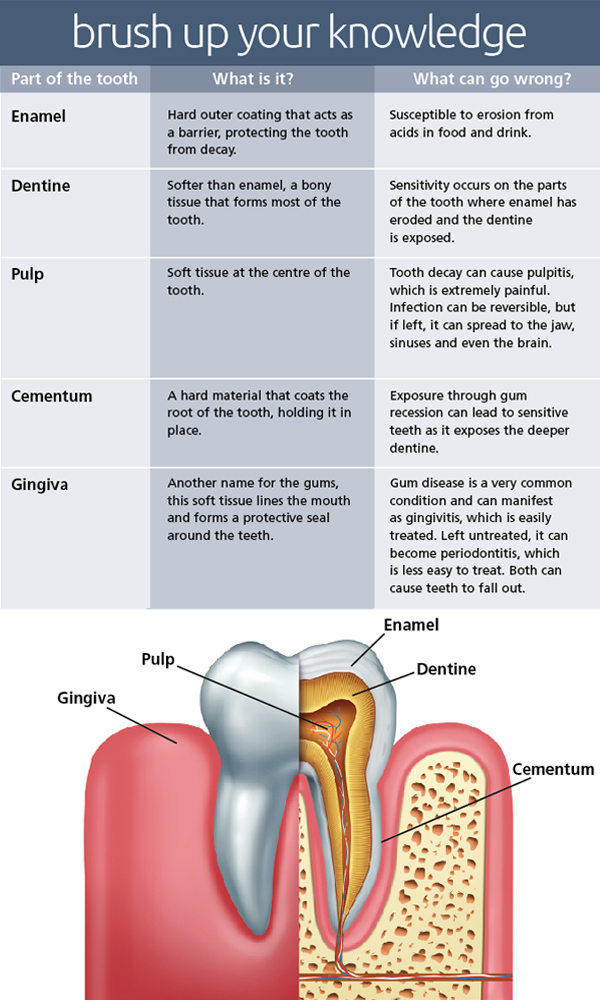