It’s time to start talking about all aspects of women’s health and pharmacy teams can help with information, support and signposting

Despite living in a society where the opportunity and desire to open up is becoming increasingly widespread and accepted, certain aspects of women’s health are still deemed embarrassing, which can result in many women suffering in silence. 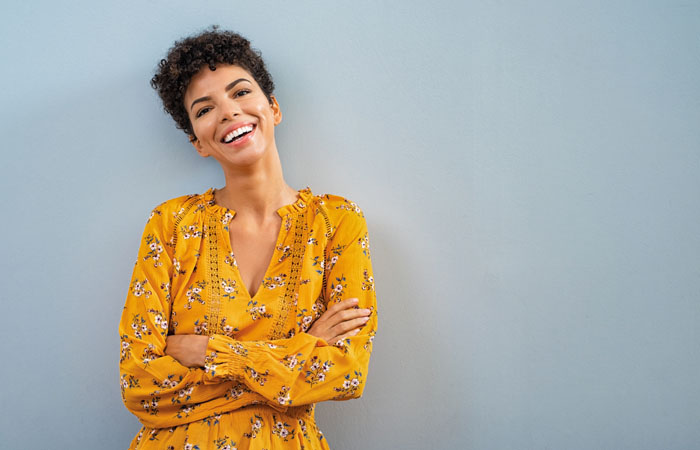 Approximately two thirds of women say there is a general lack of support and understanding for women going through the menopause, according to research from the Nuffield Health group. But it doesn’t end there: periods, bladder weakness, common infections and cancer are all sensitive issues that can prevent women from accessing often crucial information, support and referral.

Not only can pharmacies provide a great safe space for women to come and discuss health issues, they can act as an important source of information to ensure women understand what can happen to their bodies, how to deal with common problems and recognise more potentially serious issues that can affect them, such as breast and cervical cancers.

Up to a third of women experience a problem with their pelvic floor muscles at some point during their life, according to the Pelvic Obstetric and Gynaecological Physiotherapy (POGP) – a professional network affiliated to the Chartered Society of Physiotherapy.

The pelvic floor muscles lie across of the base of the pelvis and support the bladder, uterus and bowel. Strengthening the pelvic floor can have many benefits including preventing pelvic organ prolapse – where one or more of the pelvic organs slip down from their normal position, creating a feeling of heaviness in the vagina – and managing incontinence, as it helps keep the bladder and bowel openings closed to prevent unwanted leakage.

Problems occur with the pelvic floor often as a result of pregnancy and childbirth, but there are other causes such as heavy lifting, smoking and the menopause.

Pharmacy teams can make customers aware of pelvic floor exercises that can help to strengthen the muscles. An easy way to do this is for an individual to imagine they are trying to stop themselves from passing wind and urine at the same time. This squeezes the pelvic floor muscles, drawing them up and forwards. POGP suggests customers should be aiming to do 10 long squeezes, holding each squeeze for 10 seconds, followed by 10 short squeezes, and doing these exercises at least three times each day.

Bladder weakness affects as many as one in four women in their lifetime. It is one issue that can be caused by weakened pelvic floor muscles, as well as by weight gain and problems with the bladder itself.

Bladder weakness is most common during and after pregnancy and during the menopause, but pharmacy teams can help reassure women of any age that urinary incontinence is common and can be managed effectively with products and lifestyle advice. “Community pharmacy teams have a huge part to play in providing discreet advice and signposting products,” says Stephanie Hickford, brand manager at TENA. “Many women will use sanitary products that they have previously purchased as a means of dealing with incontinence, however these products will not provide the level of protection they need.”

Up the screen time

Pharmacy teams can play an active role in encouraging women to take part in health screenings and to be proactive in the prevention of certain types of cancer.

Breast cancer is the most common form of cancer in the UK, with a woman diagnosed every 10 minutes. According to Breast Cancer UK, pharmacy teams can help customers reduce their risk of breast cancer with these top tips:

The NHS Breast Cancer Screening Programme has produced a five-point plan for being breast aware, which pharmacy teams can display around the pharmacy and pass onto customers. This includes:

Currently 99.7 per cent of cervical cancers are caused by the human papillomavirus (HPV). The virus is incredibly common with around four in five people contracting one type of the virus via skin-to-skin contact at some point, according to Jo’s Cervical Cancer Trust. The most common symptoms of cervical cancer are:

Pharmacy teams can get involved with the charity’s #SmearForSmear campaign during Cervical Cancer Prevention Week from 20-26 January 2020. Information packs as well as leaflets and posters are available to download at Jo's Cervical Cancer Trust. 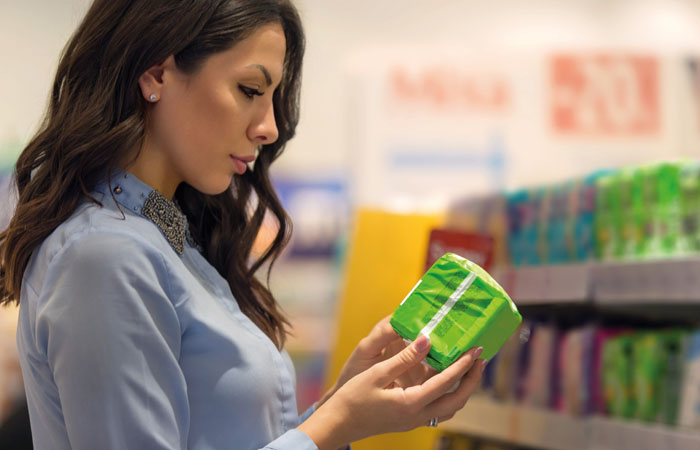 The length of the menstrual cycle varies between women, but the average is to have periods every 28 days. A period is made up of blood and the womb lining and usually lasts for about five days. When the period is at its heaviest, the blood will be red. On lighter days, it can be pink, brown or black. See the red flags box overleaf to learn more about abnormal bleeding.

Period pain is a common part of the menstrual cycle and pharmacy teams can recommend OTC products such as ibuprofen or paracetamol to help and offer advice such as using a hot water bottle to soothe the pain. They can also make customers aware of the sanitary products available, such as sanitary pads, tampons and reusable menstrual cups.

When a woman stops having periods and is no longer able to get pregnant naturally, it is known as the menopause.

Approximately 13 million women in the UK are either peri- or post-menopausal.

For some women, symptoms can last up to 15 years and can include:

Almost half of menopausal women say they feel depressed and a third say they suffer with anxiety, according to the Nuffield Health group.

While many women’s health problems are easily treated, there are some that should ring warning bells and warrant further investigation.

Heavy bleeding is defined by the NHS as losing more than 80ml of blood per period and/or having periods that last longer than seven days. Customers should visit their GP if bleeding becomes heavier than normal; they experience increasing pain; if there is bleeding between periods; or if they experience any postmenopausal bleeding, even if it has only happened once.

Customers should be advised to visit their GP if they notice any of the following changes to their breasts:

The first-line treatment for menopause is hormone replacement therapy (HRT), which can come in the form of tablets, patches and gels. Pharmacy teams can also recommend OTC products to help with individual menopausal symptoms.

Diane Danzebrink, menopause counsellor and founder of Menopause Support says that pharmacy teams who have a good understanding of the menopause and the options available for women to support their physical and mental health during this time can be hugely beneficial in ensuring women maintain a good quality of life. “Women don’t get that information at the moment, before menopause comes along,” she explains. “So I think pharmacies could be a really good opportunity for where they could pick that information up”.

Diane also explains that across the UK there are approximately 50 NHS menopause clinics that many women and GPs may not be aware of and she highlights the importance of increasing awareness of the support they can provide. “Many of them only run one day a week, but for those women who have complex medical histories or perhaps have been told in the past that they would not be a candidate for HRT for one reason or another, or they have their own complex medical history, they can be a good resource,” Diane adds. She also recommends signposting customers to the British Menopause Society website to find out more.

Pharmacy teams can reassure customers that the following infections are common and although they can often occur more than once, they are easily treated.

A yeast infection caused by Candida albicans, thrush thrives in warm and moist conditions. Wearing tight or synthetic clothing, hormonal changes and antibiotics can cause the infection.

Symptoms include discomfort and itchiness around the vagina, pain during sex or urination and an odourless, thick, white vaginal discharge.

Thrush should clear up within a week of using an over-the-counter (OTC) antifungal medicine, available in an oral tablet, pessary or cream. Sexual partners should not need treatment unless they too have symptoms.

This occurs when there is an overgrowth of bacteria in the vagina. Perfumed soaps and deodorants, douches, the intrauterine contraceptive (IUD), hormonal changes and smoking can all cause the infection.

Symptoms include unusual vagina discharge that can have a strong fishy smell, especially after sex; white or grey discharge; and discharge that may be thin and watery. Itchiness does not usually occur. Some 50 per cent of women with the condition may not have any symptoms, according to the NHS.

BV is treated with antibiotic tablets or OTC products that restore the pH of the vagina. It is suggested that same-sex sexual partners may also require treatment.

An infection that develops when bacteria grows in the bladder, cystitis is a urinary tract infection (UTI) and can be triggered by a variety of factors including dehydration, tight clothes, irritation or allergy, perfumed soaps and deodorants, as well as some lifestyle choices such as drinking alcohol excessively.

Pain or a burning sensation when urinating; needing to urinate more often and urgently; dark, clouded and strong smelling urine; and pain in the lower stomach are all symptoms.

Treatment is usually a course of antibiotics, which should have an effect within two days. Pharmacy teams can recommend OTC products that can help, which usually include potassium citrate and sodium citrate, to prevent bacterial growth.