Headaches can be bothersome from time to time, but some types of headaches and migraine can be debilitating

Headaches. Everyone’s had them. In fact, they’re one of the world’s most common acute health problems. More than 10 million people in the UK get headaches regularly, according to the NHS. 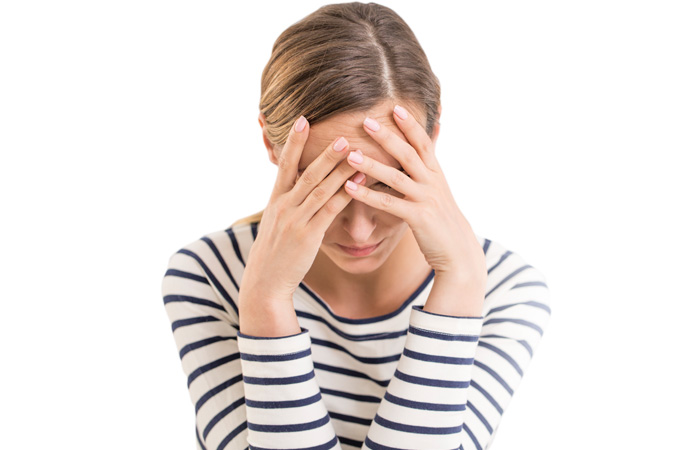 Community pharmacies are often the first port of call for headaches so it’s important for pharmacy teams to be able to recognise different types of headache. If customers are in need of some relief, pharmacy teams can be on hand to discuss treatment options and offer self care suggestions. It’s natural to worry about head pain, especially if it seems different to normal, and although most headaches are nothing to worry about, occasionally they can be the symptom of an underlying condition. Pharmacy teams can therefore be on hand to offer advice and flag up when symptoms could mean something more serious may be happening.

Tension-type headaches are the most common form of headache, usually felt as a tight band across the forehead. They tend to last for a few hours, often worsening as the day goes on, but occasionally they can last for a few days. They can be uncomfortable and tiring, affecting concentration, but most people can carry on working and are still able to sleep normally.

“With tension-type headaches, the headache is the most predominant symptom,” says Dr Nazeli Manukyan, headache specialist at the National Migraine Centre in London. “These are not usually disabling, so people can carry on with their usual activities. This type of headache is often called a featureless headache, as there are no associated migraine symptoms. The headache can last for days, but not everyone will seek medical help.”

The best way to prevent tension headaches is to avoid key triggers, which vary from person to person. These can include:

Stress management is important and taking more exercise, massaging tight neck and shoulder muscles and having warm baths can also be helpful. Once a headache strikes, simple painkillers such as paracetamol or ibuprofen and cold compresses can usually help to ease the pain. If the headaches are regular, customers should speak to their GP. 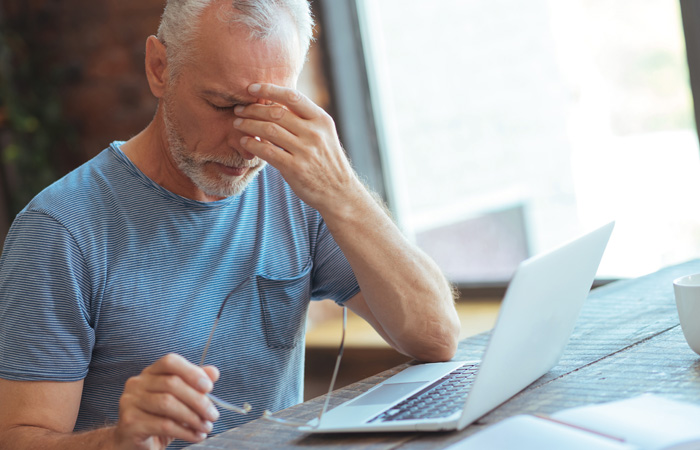 Cluster headaches are sometimes called suicide headaches as they can be very disabling. They occur in clusters on one side of the head only, usually at specific times of the year such as spring or autumn, with no attacks for months or even years between them. During a bout of cluster headaches, alcohol can trigger the headache within minutes, while other triggers can include strong smells and being too hot.

“Cluster headaches have strong circadian rhythmicity and often occur at a specific time of day, such as early morning, waking up the sufferer,” says Dr Manukyan. “There can be two to eight attacks in a 24-hour period, recurring every day for two to three months, and then the headaches disappear after the cluster bout is over.”

Cluster headaches can be confused with migraine, but there are some specific differences. “Cluster headaches last for less than three hours – often just 30 minutes, building up in intensity very quickly,” explains Dr Manukyan. “Whereas migraine attacks can last for days. During an attack, migraine sufferers want to lie down and not move around, whereas those with cluster headaches will feel restless and experience other symptoms such as watering of the eye and nasal discharge,” she adds.

Cluster headaches are so severe that they can’t be treated with over-the-counter painkillers. “No oral treatments are effective for cluster attacks,” says Dr Manukyan. “Many people find that triptan injections or nasal sprays help to relieve the pain as soon as an attack occurs.” Breathing in 100 per cent oxygen can help to relieve this type of headache in some people.

Sinusitis is a common cause of headaches at the front of the head. The face usually feels tender when pressed, particularly just below the eyes and beside the nose; some people find their teeth hurt as well. Sinusitis is usually caused by an infection or allergy – it may be acute or chronic.

“Sinus headaches are a secondary headache caused by inflammation in the sinuses, often triggered by a viral infection,” says Dr Manukyan. “These cause localised pain and are associated with other sinus symptoms, such as nasal discharge and fever. However, recurring episodic or chronic pain around the sinuses and face may be caused by migraine, which is very often misdiagnosed as sinusitis.”

Sinusitis often clears up on its own within two to three weeks. Simple painkillers can help to ease any pain, alongside drinking plenty of fluids and using a decongestant, allergy or salt water nasal spray to clear up any nasal congestion. If the symptoms are severe or persist, customers should see their GP.

Many women notice they get more headaches around the time of their monthly period, caused by a drop in oestrogen. Most of these headaches will be a form of migraine, called a menstrual migraine. “The migraine attack usually occurs before or around the menstrual period and can be very severe,” says Dr Manukyan. “It can be treated with hormonal medication, such as the pill or [an intrauterine device]. Some women find that taking preventative medicines, such as ibuprofen, before their period can help to prevent severe attacks.”

Hormone headaches can also be triggered by the contraceptive pill, or may worsen at the menopause or in the early stage of pregnancy. Women can establish if they have hormonal headaches by keeping a symptom diary for at least three menstrual cycles to see if there is a pattern.

Occasionally, headaches can be a sign of a serious health problem, such as a brain haemorrhage, meningitis, swelling of the arteries in the head or a brain tumour. This tends to be when they occur suddenly or do not go away. Red flags that require GP or A&E referral include:

Medication overuse headaches (MOH) can be caused by taking painkillers for headaches too regularly. This includes paracetamol and ibuprofen – or other non-steroidal anti-inflammatory drugs (NSAIDs) – on 15 days or more a month; or triptans and opioids, such as codeine, on 10 days or more a month. These headaches rarely develop in people who take painkillers for other pain conditions such as arthritis. Most people who develop MOH will also have migraine or tension-type headaches.

The headache usually resolves once people stop taking the overused painkillers, but they may experience worsening headaches initially. “Anyone with a long-standing headache that was episodic at first but now occurs every day could have medication overuse headache,” says Dr Manukyan. “They may say that their usual painkillers were effective at first, but now don’t work anymore. Patients need to be referred to a specialist. The treatment involves stopping the painkillers straightaway and going through a withdrawal process.”

Migraine affects around one in seven people worldwide and is most common in women. For many people a headache can be the symptom of a migraine. “This can be severe but may build up in phases, starting off as mild and then intensifying. It will usually be accompanied by neurological and digestive symptoms, such as visual changes, sensitivity to light and sound, tingling sensations, sickness, diarrhoea and vomiting. Migraine attacks can be disabling and sufferers will find it hard to continue with their normal activities,” says Dr Manukyan.

Una Farrell, communications manager at The Migraine Trust, says that migraine has several stages that customers should be aware of. “The initial stage is the premonitory or prodrome stage, which can occur the day before a migraine and causes excessive yawning, thirstiness and tiredness,” she says. “Migraine with aura occurs in around 20 per cent of people with migraine. If it occurs, the aura can last from 10 minutes to several hours and causes visual disturbances and tingling sensations; this may be so bad that people can’t drive. The pain stage can last from one hour to three days. It varies in severity, but some people find they have to go to bed during this time. Once this pain stage is over, some people have a postdrome stage for a day or so, which can feel like a hangover.”

Reducing any known triggers can, in theory, help to reduce migraine attacks. However, although migraine has a range of triggers, such as poor sleeping patterns, dehydration, irregular mealtimes, excessive caffeine intake and lack of exercise, these are not always easy to identify and vary from person to person.

“It’s a threshold condition, which means one trigger alone won’t do it,” says Una. “It’s a combination and build up of triggers that will cause an attack to occur. Change of any sort is the main trigger for migraine. Sometimes people will get a migraine on a Saturday caused by relaxation after a stressful week, for example, or it can be triggered by shiftwork or a change in the weather.”

Stress can have a strain on the whole body but it may not be the stress itself that is triggering the migraine. “It’s sometimes how people deal with stress that can trigger a migraine attack, such as drinking alcohol or eating specific comfort foods,” says Una. “The best way to see if there is a specific pattern to migraine attacks is to download a symptom diary from The Migraine Trust website, making a note of the symptoms, possible triggers and how well treatments work.”

During April 2019, a survey by The Migraine Trust of over 633 people who get migraines found that nine out of 10 had migraine attacks that were triggered by stress. Due to stress:

According to the charity, understanding the impact that stress has, and trying to manage this stress, can help customers reduce the number of attacks they have. In the survey, 55 per cent of respondents reported they believed that they had prevented migraine attacks by managing their stress levels through meditation, yoga and practising mindfulness.

If customers’ symptoms indicate migraine, they should get a diagnosis from their GP. Migraine treatment varies as it depends on the severity and frequency of the attacks. Mild to moderate migraine can often be treated with analgesics, such as paracetamol or ibuprofen, taken at the first sign of a migraine attack, alongside anti-emetics if nausea and vomiting are associated symptoms. Soluble analgesics tend to be most effective as they are absorbed quickly. However, some people may find that over-the-counter analgesics are not strong enough if the migraine is particularly severe and they may require triptans instead.

“Over-the-counter triptans can be used as a top up in people who have had a firm diagnosis of migraine, but it’s important to check why they are buying them rather than getting a prescription,” says Dr Manukyan. “If they are using their prescribed triptans too frequently, they may need a preventative medication or they may have developed [medication overuse headaches].”

If analgesics do not work well enough, customers can try a course of acupuncture. Up to 10 sessions over five to eight weeks is recommended.

The following advice can be passed onto pharmacy customers to help them manage headache symptoms: