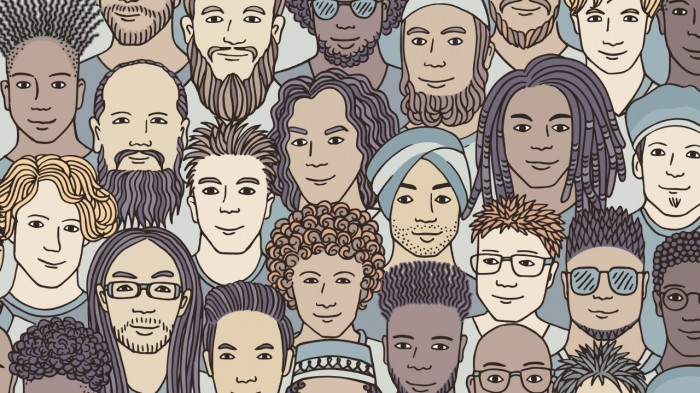 In the UK, one man in five will die before he reaches 65, highlighting the need for pharmacy teams to shine a spotlight on men’s health and wellbeing

Data published by the Men’s Health Forum in 2020 found that in the UK, one man in five (19 per cent) dies before the age of 65, while 40 per cent die before the age of 75. And things are getting worse instead of better: in September 2021, the Office for National Statistics (ONS) reported the first decline in male life expectancy since the 1980s.

Various factors are said to contribute to these shocking statistics. The Men’s Health Forum highlights that men are disproportionately affected by levels of deprivation. Comparing the lives of men in the most and least deprived areas of England, there is a 9.4 year age gap in average life expectancy and a 19 year gap in healthy life expectancy.

According to the Forum, men are also 32 per cent less likely than women to visit the doctor. Another study, commissioned by Gillette in 2018, found that three quarters of men will put off going to the doctor when they show signs of illness. A quarter say it’s because they don’t have the time, two fifths don’t consider it important to get a check-up and nearly one in five think they are healthy and therefore don’t have to worry.

Such a lack of engagement not only means that the male population’s wellbeing is at risk, but it can also result in more serious issues going untreated for longer – sometimes until it’s too late.

The prostate is a small gland in the pelvis and is part of the male reproductive system. As men get older, the prostate can naturally enlarge, which can lead to other issues, many of which affect the urinary tract.

Benign prostate enlargement (BPE) is a condition where the prostate has got bigger, often causing problems with urination. It is common in men aged over 50 and is not usually a serious threat to health. In fact, whilst many men worry that having an enlarged prostate means they have an increased risk of developing prostate cancer, this is not true.

What causes BPE is currently unknown, but it is believed to be linked to hormonal changes associated with age. Symptoms include difficulty starting to urinate, a frequent need to urinate and difficulty fully emptying the bladder.

Mild symptoms do not need immediate treatment, but lifestyle changes may be advised, such as:

BPE can lead to complications such as urinary tract infections (UTIs) and acute urinary retention (AUR) – the sudden inability to pass any urine. AUR can be serious. If a customer presents with symptoms including severe lower stomach pain and swelling of the bladder that can be felt with the hands, they should be referred directly to A&E.

Whilst BPE itself does not increase cancer risk, symptoms could be an indication of prostate cancer.

Prostate cancer is the most common male cancer and usually develops slowly, so some men may show no signs for many years.

Most cases develop in men aged 50 or older.

Men with a family history of prostate cancer are at a slightly increased risk.

Recent research suggests that obesity increases the risk of prostate cancer too.

Symptoms usually affect the urethra and can include:

Additional signs can include back pain, loss of appetite, pain in the testicles and unintentional weight loss. Customers who come into the pharmacy experiencing any of these should be referred to the pharmacist.

Raising awareness of these symptoms amongst customers while they are healthy is important because compared with other cancers, prostate cancer has a high survival rate when diagnosed early. A pharmacy information display is a good idea as men may not want to discuss their prostate health, but they may pick up a leaflet to take away or read a poster while they wait for their prescriptions.

Another major cause of death in men (as well as in women), cardiovascular disease (CVD) is a term used to describe conditions that affect the heart and/or blood vessels. It includes coronary heart disease, angina, heart attack, hypertension, stroke and vascular dementia.

According to the World Health Organization (WHO), three quarters of premature deaths from CVD occur in men.

Although the exact cause of CVD isn’t clear, there are lifestyle habits (risk factors) that can increase a person’s chances of developing it.

This can damage blood vessels.

Harmful substances in cigarettes can damage and narrow blood vessels.

This causes blood vessels to narrow and increases the risk of developing a blood clot.

CVD is more common in people of south Asian and African or Caribbean heritage.

Other risk factors include age, diet and alcohol consumption. Pharmacy teams can work with male customers to help reduce their levels of risk. For example, you can direct customers towards your smoking cessation and weight management services. Displays in the pharmacy about the risks of developing CVD and the benefits of having a balanced diet and exercising regularly can also help customers to follow a healthier lifestyle.

Being overweight doesn’t just heighten a customer’s risk of developing CVD, it also makes it more likely that they will develop type 2 diabetes.

Men are 26 per cent more likely to develop this condition, according to Diabetes UK, and 68.5 per cent of diabetic amputations occur in men.

Diabetes UK estimates that 3.8 million people in the UK are now living with diabetes, and that 90 per cent of cases are type 2. Unlike type 1 diabetes, which is an autoimmune disease, type 2 is often linked to being overweight or living an inactive lifestyle.

"Being overweight starts to make the body much more resistant to insulin," says Libby Dowling, clinical advisor at Diabetes UK. "We don’t know why, but the result is that the pancreas will start to flood the body with insulin until it gives up producing any more."

In middle-aged men, prevalence of type 2 diabetes is expected to become increasingly common over the next decade. To help combat this, pharmacy teams can try to make sure that male customers are aware of the tell-tale symptoms of diabetes:

You’re two to six times more likely to get type 2 diabetes if you have a parent, brother, sister or child with diabetes.

You’re more at risk of type 2 diabetes if you’re carrying extra weight, especially if this weight is around your middle.

You’re more at risk if you’ve ever had high blood pressure.

Managing weight, diet and alcohol intake all play their part in preventing men from developing type 2 diabetes. Pharmacy staff can also encourage male customers to attend frequent check-ups to keep an eye on their risk levels and take early action to avert any problems.

The introduction of sildenafil as a P medicine has meant that male customers do not have to be prescribed the drug but can, after a quick pharmacy consultation, purchase it for themselves.

Sildenafil is indicated for the treatment of erectile dysfunction (ED), a condition that affects millions of men in the UK every year. "By the age of 40, four in every 10 men may have some experience of EPs," says Viatris, the maker of Viagra Connect. "Many of these men identify the stress of their professional and personal lives as a factor in their EPs."

The company says that problems may also be triggered by lifestyle factors such as smoking and recreational drug use. Physical and mental health conditions can be other contributory factors.

When a customer requests sildenafil in the pharmacy, or you think they may benefit from it, you will need to check with the pharmacist that it is suitable for them. Once the pharmacist has confirmed that you can sell the medication to the customer, you can give them three key pieces of advice to help them can get the best results:

Sildenafil should start to work within 30 to 60 minutes  and should continue working for up to four hours after taking the tablet.

Men are also disproportionately affected by mental health problems. In fact, three quarters of all suicides in the UK are male and suicide is the biggest cause of male death under 50 years of age.

According to the Mental Health Foundation (MHF), in England, around one in eight men have a common mental health problem, such as depression, anxiety, panic disorder or obsessive-compulsive disorder (OCD). Men report lower levels of life satisfaction than women and are less likely to access psychological therapies. Only 36 per cent of referrals to NHS talking therapies are for men.

Society’s expectations and traditional gender roles play an important role in the reasons why men are less likely to seek help for their mental health. Men are typically expected to be strong and in control, and this can make it hard for them to open up and talk about how they are feeling.

Whilst depression is different for everyone, men may experience certain symptoms more intensely. These include irritability, risk taking, aggression, sudden anger and an increased loss of control. Men are also more likely than women to turn to vices such as drugs or alcohol. Two thirds of alcohol-related deaths occur in men and, according to the charity Drinkaware, 8.7 per cent of men are dependent on alcohol compared to 3.3 per cent of women.

Some demographic groups are more affected by mental health problems than others. For instance, higher rates of suicide are found in gay men, war veterans, men from BAME backgrounds and those with low incomes.

If you suspect that a customer is suffering mentally, there are things that can be done to help them:

Research suggests that men will utilise help that meets their preferences and is easy to access, as well as being meaningful and engaging. For example, the Mental Health Forum recommends the organisation Men’s Shed, which provides community spaces where men can connect and chat, often over practical activities. The charity Mind also has an online directory of peer support groups in England and Wales.

It’s clear that pharmacy teams play an important role in helping men take better care of themselves and reconnect them with their health and wellbeing. Finding innovative and imaginative ways to do this can really help to engage men so that they become more positive in their actions.

Caroline Lomax, a general practice nurse, shared her inspirational idea on her blog on the NHS website. "I found that the young male population can be a hard to reach group," she wrote. "They were the lowest cohort of patients to visit the practice."

To combat this, Caroline started to hold regular Young Men’s Health clinics. The first one had a great turnout and identified several issues, particularly around mental health. "After just one clinic, the importance of interacting with this age group was clear," said Caroline. "We need to keep encouraging more conversations like this to catch the early onset of long-term conditions such as CVD, diabetes and COPD [Chronic Obstructive Pulmonary Disease] as well as looking after men’s mental health.

"Primary care needs to be more forward thinking when it comes to this cohort of men and be prepared to listen in alternative ways, offering a wider opportunity for connection."