Cuts in public health funding have left sexual health and contraception services in crisis. How can community pharmacy bear the load?

Two thirds of local councils have cut funding for sexual and reproductive health services since 2016/17 and 49 per cent of councils in England have closed or plan to close sites providing contraceptive services since the public health budget cuts of 2015. This means that more than 6.2 million women of reproductive age (15-49) live in an area where the council has reduced the number of sites delivering contraceptive services. 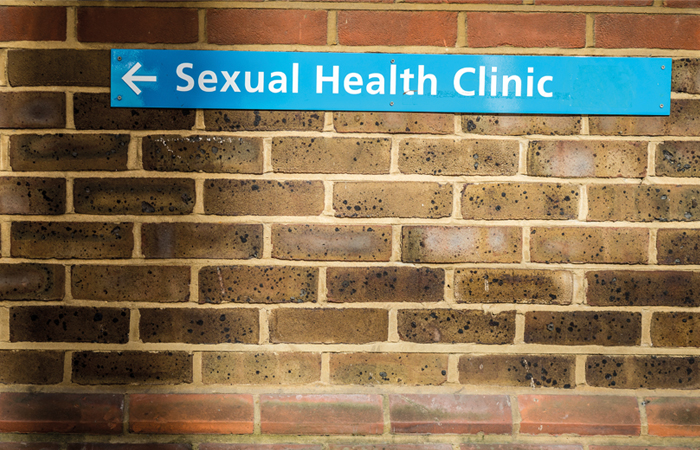 In addition, 60 per cent of councils in the most deprived quartile have reduced their sexual and reproductive health budgets, and most are planning further cuts, which leads to further health inequality.

The Advisory Group on Contraception (AGC) has commented that it is “increasingly concerned” about women’s access to vital contraceptive care and the impact this will have on their day-to-day lives, particularly for those living in the most deprived areas.

And all this comes despite the Faculty of Sexual and Reproductive Healthcare’s (FSRH) response to last year’s Health and Social Care Committee inquiry on sexual health noting the “good evidence” that investing in public health and sexual and reproductive health (SRH) services leads to savings across health and social care systems. For example, Public Health England (PHE) estimates that every £1 spent on publicly-funded contraceptive services saves £9 across the public sector.

These statistics, which were published after freedom of information requests carried out by the AGC, come hot on the heels of a statement from the Local Government Association (LGA), which says rising demand for sexual health services has left the whole system “at tipping point”. According to the LGA – which represents 370 councils in England and Wales – record demand for sexual health services in England has seen visits to clinics reach 3.3 million a year, putting the system under huge pressure and leaving people facing longer waits for appointments.

These statistics have led to huge concerns across the sexual and reproductive health sector. Dr Anatole Menon-Johansson, medical director for young people’s sexual health and wellbeing charity Brook, says: “We are particularly concerned that closures of specialist services like ours are forcing young people to compete for appointments in all-age services that are already overstretched and turning people away. There is no spare capacity in the system and we are extremely worried about those vulnerable young people who may be falling through the cracks and failing to access the contraception or [treatment for sexually transmitted infections] when they need it.”

SRH bodies recognise pharmacies as essential settings for the provision of a wide range of sexual health services and information, and pharmacy staff play a vital role as an important source of sexual health advice for young people and adults.

“Young people under 25 remain one of the groups most at risk of contracting sexually transmitted infections (STIs)”, says Dr Menon-Johansson. “Sales of emergency contraception (EC), pregnancy tests and condoms provide pharmacy staff with an invaluable opportunity to talk to young people about the risk of STIs and where to access testing and treatment.”

Additionally, these conversations enable staff to offer confidential information on all the available methods of contraception and EC – many of which customers may not know about. “For example, the most effective method of emergency contraception is the copper intrauterine device, also known as the IUD or coil”, says Dr Menon-Johansson. “Most people aren’t aware that the IUD is a form of EC, so pharmacies can play a vital role in educating women and signposting them to services that provide IUDs.”

Unsurprisingly, says Olivia Marshall from the British Pregnancy Advisory Service (BPAS), cuts to sexual health services are having a direct impact on women’s access to contraception. She explains: “A recent report from the AGC found that difficulties scheduling an appointment can present a significant barrier to women accessing oral contraception and other long-acting methods, especially since nearly a fifth of the women surveyed said they had had to wait over two weeks for a contraceptive appointment.

“Many of the women we see would much prefer the convenience of visiting their local pharmacy, rather than having to make an appointment at a sexual health clinic or GP surgery to access their preferred method of contraception,” explains Olivia.

Pharmacy staff are also in a unique position to talk about safer sex and regular STI testing, as well as advising on symptoms customers might be experiencing and helping them understand whether or not they might be at risk of an STI.

The Family Planning Association (FPA)’s clinical lead Karin O’Sullivan believes this gives pharmacy an opportunity to “play a bigger role in protecting the public’s sexual health”. She says: “With STIs such as chlamydia, gonorrhoea, syphilis and HIV, testing is the only way to know for sure if someone is infected. Other STIs such as genital warts, pubic lice and scabies don’t have routine tests and are usually diagnosed by sight, but it’s important that anyone with signs or symptoms that might indicate an STI is signposted to a local service to be tested and treated appropriately.”

However, even for those without symptoms, Karin says pharmacies can offer a convenient location to test for STIs such as chlamydia, gonorrhoea, syphilis and HIV and she encourages all pharmacies not providing a screening service to consider whether it would be possible.

“Find out who your local commissioners are and if other pharmacies in the area are part of any screening schemes. Consider whether you could be a pick-up point for self-sampling tests provided by the local authority-commissioned sexual health service. You might also stock paid-for home tests in your pharmacy,” Karin says. “Be prepared to give non-judgemental advice and support on how any tests available work and to give information about partner notification and testing. And, get to know your local referral pathways to genitourinary medicine and sexual and reproductive health services.”

Even if the pharmacy team is confident in raising the topic, customers may not be comfortable talking about this sensitive and potentially embarrassing subject.

Dr Menon-Johansson says the promotion of key sexual health awareness days such as National Aids Day (1 December), Sexual Health Week (usually in mid-September) and World Contraception Day (26 September) can provide “a good starting point” for conversations, and “CASH [contraceptive and sexual health] services may be able to offer training or toolkits to pharmacy staff wishing to be more proactive in this area”.

Karin’s advice is to: “Clearly advertise the services you offer, including the opportunity to have a private, confidential and non-judgemental conversation. This could be the prompt somebody needs, so make sure you are equipped with the communication skills to deliver a friendly, easily accessible service. During any discussion, ask open-ended questions so customers feel able to talk about wider issues and concerns and to ask you questions. Back up any products you offer, for example condoms and STI tests, with supporting information and patient information leaflets for customers to take away.”

Wider conversations can have far-reaching effects. Katie Francis (pictured above), winner of the Healthy Living Advisor category at last year’s Recognition of Excellence Awards, used the sexual health training she had undertaken while working as a healthy living champion in a branch of Day Lewis in Thetford to offer her services to a local ‘Big Brother’ group that helps vulnerable children. It was so successful that it evolved into the ‘Ask for Katie’ scheme, where anyone could come in to her branch and ask to see her to talk about anything including condoms or STI tests.

Now a dispensing assistant and health champion at Day Lewis on Norwich Road in Ipswich, Katie says: “Common myths are still believed, in part due to the stigma attached to talking about sex, so as a member of staff we can break that barrier with each patient, as we are so accessible.”

Other ideas for promoting sexual health services in pharmacy include:

As well as signage that makes it clear that there is a consultation room for customers needing advice and that EHC and other contraception are available, some pharmacies put cards on the shelf to inform customers about specific products or services that they can then take to a member of staff for help and advice. Katie Francis, former Recognition of Excellence Awards winner, dispensing assistant and health champion at Day Lewis on Norwich Road in Ipswich, explains that her pharmacy uses this approach, and it’s “an excellent idea, as most patients do not want to walk into a shop full of people and ask for condoms”.

This simple initiative improves visibility and allows customers a greater level of privacy in store, as well as providing yet another example of how pharmacy is vitally important in offering these services to customers without the need for an appointment. It is this kind of knowledge, accessibility and approachability that makes pharmacy teams key players in safeguarding customers’ sexual and reproductive health. As Karin says: “If you take an informed and positive attitude to sexual health, this can help your customers to take a positive attitude too.”

Pharmacies can offer a convenient location to test for STIs