Everyone has a part to play in the appropriate use of antibiotics, and pharmacy teams are ideally placed to help customers understand what they can do

Antibiotics have saved many lives since Alexander Fleming discovered penicillin almost 100 years ago, but their continued overuse in human and animal health has driven the rise of antimicrobial resistance (AMR). Antibiotic-resistant bacteria kill 700,000 people a year, according to the Wellcome Trust, with that number set to rise if the problem is not addressed. 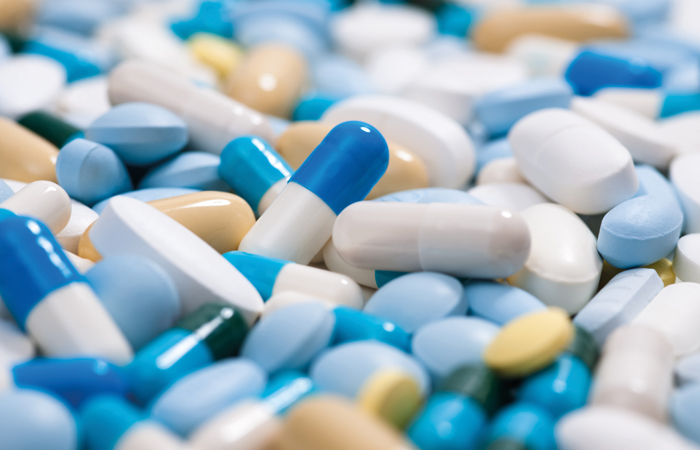 In a world before antibiotics, people often died from infections such as pneumonia or meningitis, and even the simplest medical procedures – not to mention surgeries – were incredibly risky because of the chance of infection.

Antibiotics changed that, with Public Health England (PHE) estimating that one in three people in England now take at least one course of antibiotics a year.

So what’s the problem?

Globally, the World Health Organization (WHO) estimates that half of antibiotics are used incorrectly, which can include:

This misuse is causing what the WHO calls one of the world’s “most urgent health problems”. Put simply, antibiotics are becoming ineffective against many infections. This is because taking antibiotics, even when they are needed, gives the bacteria they are intended to tackle the chance to get used to them. In antibiotic resistance, these bacteria evolve in a way that makes antibiotic substances harmless to them, enabling them to not only survive, but also multiply and spread infection to other people, animals and even the environment. The end result is that that future doses of these antibiotics may not work when they are really needed.

At the moment there is another layer of risk in that antibiotics are increasingly being used to prevent and treat Covid-19-related infections, which could add to the problem.

Without effective antibiotics, other common infections such as urinary tract infections (UTIs) are becoming untreatable and minor injuries – even a simple cut – could become life-threatening.

In a hospital setting, some 25,000 people die each year across Europe as a result of hospital-acquired infections caused by five resistant bacteria including E. coli, K. pneumoniae and MRSA, which are often called ‘superbugs’. Plus, without effective antibiotics, routine surgeries such as hip replacements and medical interventions like chemotherapy and organ transplants will become less safe because of the infection risk, and childbirth would also be riskier.

As drug resistance is a natural evolutionary process, it can’t be completely stopped, but there are steps that can be taken to slow it down.

In the first instance, preventing infections by developing new vaccines and encouraging people to get vaccinated, as well as better hygiene are effective ways of curbing drug resistance.

Another is to ensure healthcare professionals and the public understand why limited exposure to antibiotics across human and animal healthcare gives bacteria fewer opportunities to develop resistance.

Pharmacists and GPs also need to be able to access low-cost, fast diagnostics to help them distinguish between bacterial and viral infections and prescribe the most effective medications for them.

To slow down resistance, new antibiotics are also needed. Innovation is vital to address the issue of AMR, but developing drugs is a long and expensive process. It’s been 30 years since any new antibiotics have been approved for use.

“Antibiotic development has become deeply unprofitable, with advances held back for decades,” says Jeremy Knox, policy and advocacy lead for drug-resistant infections at the Wellcome Trust. “This has seen most big pharmaceutical companies abandoning antibiotic research and development programmes [and] the numbers of antibiotics in development are perilously low as a result. There are currently just 41 in the clinical pipeline.”

In 2019, the UK Government published a five-year antimicrobial resistance action plan and 20-year vision to contain and control AMR in health, animals, the environment and the food chain.

The plan includes targets such as cutting the number of drug-resistant infections by 10 per cent (5,000 infections) by 2025, and reducing the use of antibiotics in humans by 15 per cent. It also calls for the pharmaceutical industry to take more responsibility for antibiotic resistance, with the National Institute for Health and Care Excellence (NICE) and NHS England exploring a new payment model that pays pharmaceutical companies based on how valuable their medicines are to the NHS, rather than on the quantity
of antibiotics sold.

Further advances were made in July this year, when more than 20 leading pharmaceutical companies, including the International Federation of Pharmaceutical Manufacturers and Associations, the WHO and the Wellcome Trust, launched a collective venture to invest nearly $1 billion through a new AMR Action Fund that aims to bring up to four new antibiotics to patients by the end of the decade.

The AMR Action Fund will forge partnerships to strengthen and accelerate antibiotic development, as well as working with governments to ensure there is a sustainable pipeline of new antibiotics to fight superbugs.

AMR is never going to be eradicated, but by working together and taking collective responsibility to protect these vital drugs, it may be possible to stay one step ahead of the very real threats it poses to the collective health.

Research from the European Union has shown that many people are unaware that antibiotics are ineffective against viruses (57 per cent) and against colds and flu (44 per cent).

With community pharmacies across the country seeing more than one million people each day, there are important interventions pharmacy teams can make that will contribute to the fight against antimicrobial resistance.

A great starting point is by raising awareness of AMR among customers through World Antibiotic Awareness Week and European Antibiotic Awareness Day in November, as well as via the ongoing ‘Keep Antibiotics Working’ national campaign, which helps support healthcare professionals by explaining the risks of taking antibiotics when they are not needed, and reducing patients’ expectations for antibiotics.

Antimicrobial pharmacist Jacqui Sneddon is project lead at the Scottish Antimicrobial Prescribing Group (SAPG) and chair of the Royal Pharmaceutical Society’s Antimicrobial Expert Advisory Group (AEAG). She says there’s a key role for community pharmacy teams to play in providing advice for customers presenting with symptoms of common infections. It’s at this stage, says Jacqui, that you “can discuss problems of resistance when antibiotics are used inappropriately” and “advise on self care for conditions that are likely to be self-limiting, like cough and sore throat, by providing advice on actions to take and medicines for symptom relief, as well as expected symptom duration”. 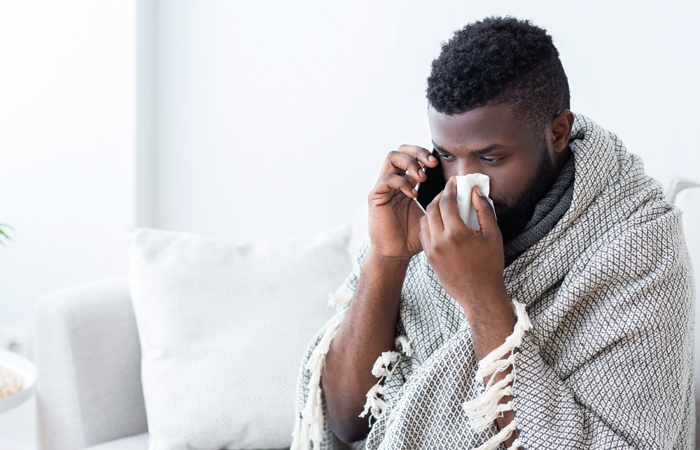 Jacqui says community pharmacy teams also have an important role to play in giving customers “safety netting advice for signs of infection that suggest they should consult their doctor”.

This means that when a decision is taken not to treat with antibiotics, customers are made aware of what to look out for if their symptoms get worse – such as breathing difficulties, chest pain, rashes, severe headache and vomiting – which is particularly important with the added context of Covid-19.

Anyone who suspects they have coronavirus should follow the current Government guidelines around self-isolation and getting tested. Anyone who feels unable to cope with their symptoms at home, or if their condition worsens, should use the NHS 111 online Covid-19 service. People without internet access can call NHS 111 and, of course, anyone experiencing a medical emergency should always dial 999.

For customers who are not displaying symptoms of Covid-19, but where a serious ailment or a bacterial infection is suspected, they must be encouraged to access the most appropriate clinical service – for example NHS 111, out-of-hours GP, walk-in centres or A&E if it is an emergency.

•  Antibiotic resistance is the ability of bacteria to change in a way that makes antibiotics ineffective
•  Antimicrobial resistance (AMR) is a broader term that includes antibiotic resistance and other types of drug resistance developed by viruses such as HIV, fungi such as candida, and other microbes
•  Drug-resistant infections describes illnesses caused by resistant microbes, resulting in an infection that is much harder – or potentially impossible – to treat.

Put simply, antibiotics are becoming ineffective against many infections

Finally, community pharmacy teams can become Antibiotic Guardians by choosing a pledge about how they will contribute to antimicrobial stewardship efforts within the pharmacy.

The Antibiotic Guardian campaign was launched in 2014 to kick-start collective action from health and social care professionals, as well as members of the public, to work together to slow the spread of antibiotic resistance. By pledging to become an Antibiotic Guardian, individuals choose a simple action to protect antibiotics against the threat of resistance. Advising customers about medicines to help treat cold or flu symptoms or pain, explaining how to take antibiotics exactly as prescribed and encouraging them to tell their friends and family about antibiotic resistance, are all pledges that can help keep antibiotics working.

While antibiotic resistance cannot be eradicated, it is important that pharmacy customers understand the cost of using antibiotics when they don’t need them. Although many people have grown up believing that it’s always worth taking antibiotics ‘just in case’, it is now known that this is absolutely the wrong approach, and pharmacy teams are in an ideal position to explain to customers the important reasons why.

•  Register as an Antibiotic Guardian
•  Use bite-sized e-learning sessions on AMR
•  Access the TARGET Antibiotics Toolkit, free resources and training. 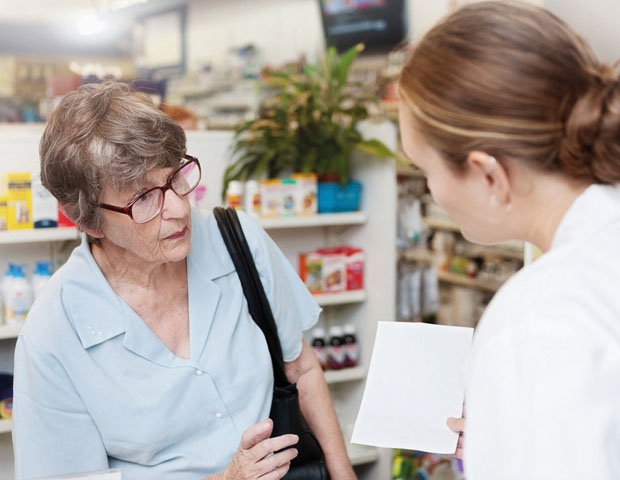