At a time of uncertainty, some good news is welcome, and experts have suggested that hundreds of lives will be saved every year in England thanks to a more sensitive cervical screening test

The human papillomavirus (HPV) has been in the news a lot over the last few years, with the vaccination being extended to adolescent boys in September 2019 and coverage of cervical screening reportedly improving. Rates in England were recorded at 71.9 per cent of eligible women in 2018/19, up from 71.4 per cent in 2017/18. 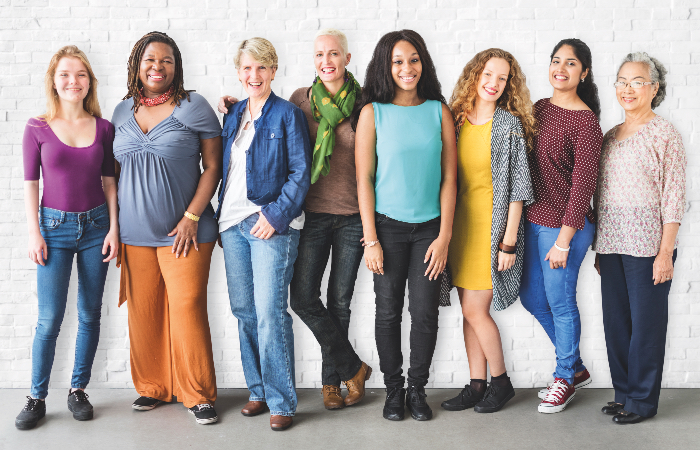 But now, according to NHS experts, there is the potential to eliminate cervical cancer completely, thanks to a change to the primary test within the NHS Cervical Screening Programme and the effectiveness of the HPV test. It is thought that the new and more sensitive test could prevent one in four of the 2,500 cases of cervical cancer diagnosed each year in England.

The new test is part of the NHS Long Term Plan’s ambitions to catch tens of thousands more cancers earlier, when it is easier to treat and the chance of survival is higher.

People diagnosed early – at stages one and two – have the best chance of curative treatment and long-term survival. The Long Term Plan sets a new ambition that, by 2028, the proportion of cancers diagnosed at stages one and two will rise from around half, which is seen now, to three-quarters of cancer patients. Achieving this will mean that 55,000 more people each year will survive their cancer for at least five years after diagnosis.

To do this, the aim is to build on raising greater awareness of symptoms of cancer, lowering the threshold for referral by GPs, accelerating access to diagnosis and treatment, and maximising the number of cancers identified through screening by overhauling screening programmes and technology, as well as boosting research.

Eligible women are automatically invited for a first cervical screening up to six months before their 25th birthday and then every three years from ages 25 to 49, and every five years from ages 50 to 64. This will not change and NHS England is keen to stress that the change affects only the way in which the sample is tested, not which women are eligible, when they are screened or how the sample is taken.

Since December 2019, every part of England has adopted the new way of testing, which now looks for traces of high-risk HPV. Samples will continue to be taken in the usual way, using a soft brush to take cells from the surface of the cervix. The only difference is that these cells will be screened for HPV in the first instance, instead of abnormal cells. Any tests that are HPV positive will then be checked for abnormal changes of the cervix, which means any sign of infection will be spotted earlier and, crucially, before it could potentially develop into cancer.

This does, however, mean that women will now receive an HPV result as well as, potentially, an abnormal cell result from their test. There are four possible outcomes of this, so it is a good idea to be familiar with each to reassure customers who may be unsure or concerned about what their results show.

An HPV negative result means it is highly unlikely there are any abnormal cervical cells. Even if there were, it would be extremely unlikely that they would cause a problem. Women with this result will be recalled for screening again in three or five years’ time, depending on their age.

If a woman’s sample is HPV positive, it will also be tested for abnormal cervical cells. If none are found, the result will say she has HPV, but no abnormal cells, and her next screen will be sooner than usual to check if her immune system has got rid of the HPV, which NHS England says happens in most cases.

There are several grades of abnormal cells. Some are more serious than others and can develop into cancer if left untreated. Women with HPV and any grade of abnormal cervical cells will be referred for another examination of the cervix called a colposcopy.

Occasionally, a sample may be called inadequate. This may be due to a technical problem, such as if the laboratory cannot get an HPV test result from a sample or cannot see if abnormal cells are present or not. Women with an inadequate test will be asked to have another cervical screen in three months’ time.

Although cervical screening does not take place in a pharmacy setting, with awareness of HPV increasing and the change in the screening process becoming more widely known, customers may come into the pharmacy with questions for the pharmacy team as they are a trusted source of health information.

“Worried”, “upset”, “scared” and “embarrassed” are just some of the words women have used to describe their HPV diagnosis in new research by Jo’s Cervical Cancer Trust. Whatever their reaction, Imogen Pinnell, health information manager at the charity, says pharmacy teams can assure customers they are not alone. “Although it might be new to many people, HPV is really common and most of us, around 80 per cent, will have the virus in our lives,” she says.

Because it is important to be as prepared as possible for any questions, the charity has launched a new resource that can help pharmacy teams and other health professionals talk to customers about HPV. Example questions to prepare for include:

The first thing to do is offer reassurance that the virus is very common and, in most cases, will go away on its own. Some people may want statistics and find them reassuring, but it is important not to overwhelm them with numbers. Key statistics are that eight in 10 people will have HPV in their lifetime, and nine in 10 of those will get rid of the virus without it causing any problems.

Similarly, be prepared for difficult questions, especially ones where there is no right or wrong answer – for example, when to tell sexual partners. Pharmacy teams may not have the answer to every question, but should be able to signpost people to further support and information from relevant organisations and charities such as Jo’s Cervical Cancer Trust.

Something else to bear in mind is that pharmacy staff may not have experienced a cervical screening test for themselves for a variety of reasons. “If that’s the case,” says David Dean, chief officer at Pharmacy Thames Valley LPC, “it’s important you are aware of what’s involved so you can support your customers appropriately, and ask your pharmacist for any appropriate training you need to fully understand the topic. It’s vital that pharmacy staff are confident to talk about subjects like this that are often seen as taboo in order to help customers who might be vulnerable, embarrassed and underconfident about their own health.”

As with so many health conditions, as well as advising customers how to protect themselves, the pharmacy team also has a key role to play in reducing myths and stigma around HPV.

“We aren’t expecting everyone to be experts in HPV, but we do want to get rid of the stigma around the virus,” says Imogen. “HPV is often called an STI [sexually transmitted infection]. However, unlike many STIs, it is impossible to fully prevent and it can be passed on during protected sex as well as unprotected sex. While there are some similarities between HPV and some STIs, most of us will have HPV regardless of sexual behaviour. Calling it an STI is only fuelling the fire, and misunderstanding about HPV could actually lead to impulsive decisions or accusations which could have a life-long impact.”

Testing for HPV in cervical screening is welcome news and means many more lives will be saved. But the important connection that pharmacy staff can help all women over 25 years old make is that even if they have had the HPV vaccine, they should still attend cervical screening when invited, as the vaccine does not protect against all types of the virus.

The UK’s human papillomavirus (HPV) vaccination programme was introduced for girls in 2008 and extended to boys in September 2019. The current vaccine protects against HPV16, 18, 6 and 11. The first dose of the HPV vaccine is offered to 12- and 13-year-olds in school year eight. The second dose is given routinely any time between six and 12 months after. Two doses are needed to be fully protected.

New data from Public Health England (PHE) shows that cancer-causing HPV16 and 18 infections are now extremely uncommon in young, sexually active women in England, following the introduction of the HPV vaccination programme in 2008.

These infections were found in less than two per cent of 16- to 18-year-old women between 2014 and 2018. In a sample of 584 young women tested in 2018, no HPV16 or 18 infections were detected. This is a dramatic reduction from 2008, when over 15 per cent of young, sexually active women were found to have these infections. The prevalence of three other cancer-causing types, HPV31, 33 and 45, has also declined, suggesting the vaccine provides substantial cross-protection.

Five million women are invited to cervical screening each year in the UK, but due to Covid-19 cervical screening tests for hundreds of thousands of women have being cancelled and postponed. As well as this, one in 10 women feel less likely to attend cervical screening right now due to the pandemic, according to Jo's Cervical Cancer Trust.

Throughout Cervical Screening Awareness Week, which runs from 15-21 June 2020, the Trust will be helping to answer any questions and concerns women may have about changes to cervical screening, including what to expect from appointments. For more information go to Jo's Cervical Cancer Trust.