After years of campaigning and a lengthy debate over affordability, NHS England announced in October 2019 that three life-extending drugs for cystic fibrosis (CF) would become available for all patients with the condition after an agreement was made with manufacturer Vertex Pharmaceuticals. 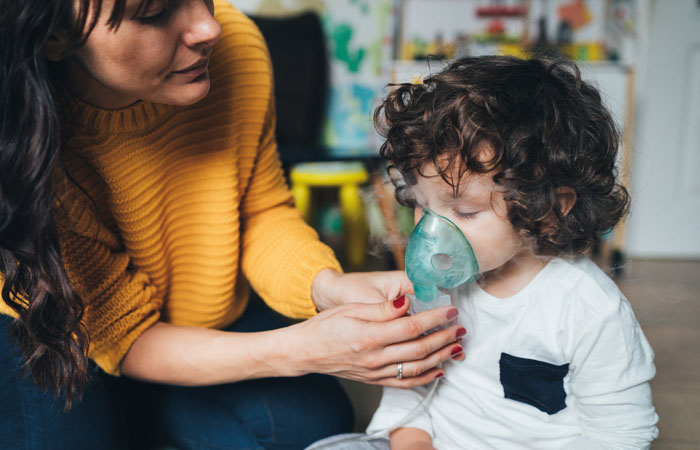 This means NHS patients in England now have full access to the CF drugs Orkambi, Symkevi and Kalydeco. The agreement provides access to each of these drugs for all current licensed indications, as well as future licence extensions, and with no cap on patient numbers.

“The UK has the second highest prevalence of cystic fibrosis of any country in the world, so today is an important and long hoped for moment for children and adults living with cystic fibrosis,” said NHS chief executive Simon Stevens when he announced the plans. “I’m pleased that Vertex has now agreed a deal that is good for our patients and fair to British taxpayers.”

The remaining three home nations have also reached similar agreements with Vertex Pharmaceuticals about the availability of the drugs Orkambi and Symkevi.

Orkambi, Symkevi and Kalydeco are known as precision medicines as they specifically treat the genetic mutations that cause cystic fibrosis to occur.

Patricia Kilpatrick, charity director of Cystic Fibrosis Care, says the charity is “delighted” that NHS England has agreed the Orkambi deal, but stresses that “it’s important to remember that it will only be effective in around 50 per cent of patients. This means that it can cause side effects within a couple of weeks in people it doesn’t suit – such as more coughing – so pharmacy staff need to be aware of this and refer customers back to their CF hospital team if they haven’t already gone back themselves.”

CF is one of the UK’s most common life-threatening inherited diseases, with around 10,500 cases

Over 2,000 identified mutations of the cystic fibrosis gene make CF a very complex condition that affects people in different ways. Some suffer more with their digestive system than the lungs.

Often in newborn babies there are no immediate signs of any problems, but when symptoms appear these may include a cough; chest infections; and a difficulty absorbing fat, which makes the baby struggle to gain weight.

Newborn screening for CF is routinely undertaken across the UK as part of the heel prick sample of blood that is taken in the first few days after birth.

Although CF is now mostly diagnosed through this screening process, there are some babies and older children, and even adults, who are diagnosed following unexplained illness. In these cases, the test used to confirm the diagnosis is either a sweat test, as those with CF have a greater than normal amount of salt in their sweat, or genetic testing with a blood sample or a swab from inside the cheek.

Human beings have around 30-40,000 different genes, each of which has a function in making a person individual. The genes are arranged in pairs, one of the pair from each parent, on 23 chromosomes. Perhaps inevitably, some of these genes are faulty. A normal gene can overcome a faulty one, but if both genes in the pair are faulty, the genetic instructions cannot work.

Cystic fibrosis (CF) is an inherited disease primarily affecting the lungs and digestive system. It occurs when the gene responsible for making a protein that regulates the amount of chloride and sodium going in and out of the cells is faulty. This makes the mucus that lines many internal organs, but in particular the lungs and digestive system, thick and sticky and therefore less able to clear secretions and protect against infection. This results in chronic infections and inflammation in the lungs, as well as difficulty digesting food.

Around one person in 25 carries the faulty CF gene, usually without knowing, and if two carriers have a baby, the child has a one-in-four chance of having cystic fibrosis. Approximately five babies are born with CF each week in the UK and CF is one of the UK’s most common life-threatening inherited diseases, with around 10,500 cases in total. At present, approximately half of those living with CF are likely to live past their late 30s.

CF affects everyone differently, but for many people it involves a rigorous daily regime of treatments to stay healthy. Pharmacy teams can help by encouraging and supporting patients and their families to keep up with their daily treatment routines, as this can make a big difference to their quality of life.

“People with CF need constant care to keep their organs as well as possible, so pharmacy teams have a vital role in monitoring customers with CF”, says Patricia. “For example, if they get an infection and it isn’t suppressed by antibiotics or Orkambi, it can get out of hand and they will get more infections which end up affecting their whole health, but if the lungs can stay well they will have a better life expectancy.”

Treatments include taking inhaled and injected drugs to clear mucus and fight infections, taking enzyme pills to digest food and having physiotherapy morning and night.

Physiotherapy is an important part of the management of CF. Regular physical activity helps to keep the body fit – especially the lungs and heart – the lungs clear, bones healthy and muscles strong. In addition, airway clearance techniques are used to help clear mucus from the airways.

Medication may also include antibiotics to help treat or to control chest infections; medicines to help clear mucus from the lungs; and medicines for the digestive system, including pancreatic enzymes, extra vitamins and nutritional supplements.

Dr Sarah Jarvis, GP and clinical director of digital healthcare and health information site patient.info, says something else for pharmacy teams to look out for is lack of concordance. “If you haven’t seen someone for a while, look when their medicines were last dispensed so next time they come in you can have a gentle, non-judgemental chat with them”, Sarah explains. “A simple way to start is by saying ‘Lots of the people I see with CF get fed up with taking their medicines; how are you feeling?’ and you may find they open up. This is your opportunity to remind them of the health risks of not keeping up their treatment, as well as answering any questions they have about how to take their medications, what to expect if they are taking new ones, and when they need to seek to help.”

For those who are very ill with cystic fibrosis and have particularly poor lung function, daily life can be a struggle as basic tasks can leave them breathless. Some need a wheelchair to get around and oxygen to help them breathe, while others will have a feeding tube overnight.

People with CF may also need an organ transplant. Lung transplants are the most common, but some people will have problems with their liver, kidneys or pancreas, and may need these organs transplanted. 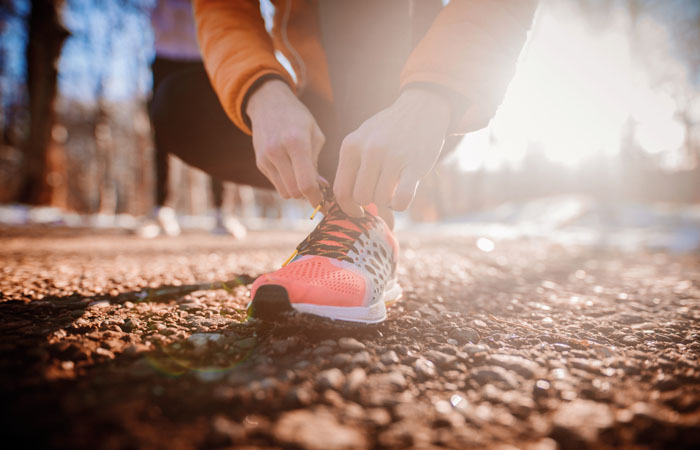 CF affects everyone differently, but for many people it involves a rigorous daily regime of treatments to stay healthy

People with CF are prone to weak bones and developing bone disease due to the nutritional and other problems involved with the disease. This often causes problems in early adulthood and it is therefore very important that careful attention is paid to good nutrition and exercise to keep the bones healthy and strong.

The disease is also associated with fertility problems, particularly in men where the tubes that carry sperm are blocked. Women with CF produce healthy, fertile eggs so effective contraception is necessary, if required.

CF can also cause blockage of small ducts in the liver. This only happens to approximately eight per cent of people who have CF, but it is serious and so people with the disease are regularly monitored for liver complications.

The new access to cystic fibrosis (CF) drugs announced by the NHS in late 2019 is a huge step forward and there is potentially more good news on the horizon as researchers are continuing to make advances in treatment.

The Cystic Fibrosis Trust has invested over £30 million to develop a gene therapy product with the potential to correct the faulty cystic fibrosis gene in the lungs. If successful, the charity says this could benefit most people with CF and work regardless of age, as it replaces the faulty gene mutation with a correct version. Although it cannot reverse lung damage, it would stop the lungs from deteriorating further.

Scientists are also hopeful that stem cell therapy could one day provide a way of beating CF. Stem cell therapy in the treatment of the condition has not been approved for use in either Europe or America, and the treatment has not successfully undergone clinical trials. According to The Cystic Fibrosis Trust it would have to be combined with genetic editing. A lot more research is needed to help experts understand how this would work to ensure its safety.