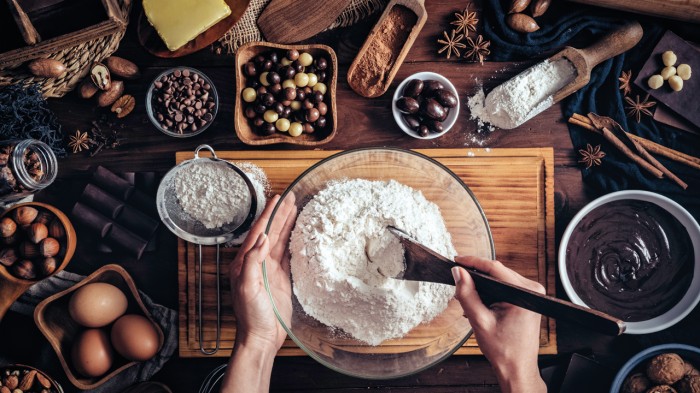 Get to grips with folic fortification

The Government has announced that folic acid will be added to non-wholemeal wheat flour. Here's what pharmacy teams need to know and why

The Government has announced that folic acid will be added to non-wholemeal wheat flour. Here's what pharmacy teams need to know and why

In September 2021, the UK Government announced that non-wholemeal wheat flour would be fortified with folic acid to prevent hundreds of life-threatening spinal conditions caused by neural tube defects in babies every year.

The benefits of folic acid supplementation around the time of conception and during early pregnancy were first reported around 30 years ago. The nutrient supports the healthy development of babies before they are born. Over the years, several other countries, including Australia, New Zealand and Canada, have introduced mandatory folic acid fortification of staple food items, such as flour, and this has led to a decline in the number of babies born with neural tube defects. These defects include spina bifida, hydrocephalus and anencephaly, a fatal condition that kills babies either before birth or very soon after.

When the Government announced it would fortify non-wholemeal flour, LloydsPharmacy saw a 127 per cent increase in searches for 'folic acid' products on its website, indicating that the public wants to know more about the vitamin’s benefits, not just in pregnancy but also in everyday health.

"There are inevitably going to be more questions to pharmacists about folic acid and fortification in the next few months," says Dr Michèle Sadler, scientific advisor to the Health Food Manufacturers’ Association (HFMA). "These may be around why bread and flour products are being fortified, and is eating bread and baked goods sufficient for folic acid needs."

Dr Sadler explains that in answer to this, Government advice remains that women should take a 400mcg supplement of folic acid daily for at least a month prior to conception and until 12 weeks of pregnancy. "While we welcome the folic acid boost from non-wholemeal bread and other flour products, women should still continue to take a supplement for maximum protection," she says.

Folic acid is an essential part of a healthy diet as it helps the body make healthy red blood cells. It helps nerves to work properly and is vital in the formation of DNA.

Its natural form, folate, is found in certain foods, such as leafy green vegetables. Folic acid is already voluntarily added by food manufacturers to breakfast cereals, including some gluten-free products.

A higher intake of folic acid is required around the time of conception and in the first 12 weeks of pregnancy because folic acid reduces the risk of serious birth defects of the brain, spine and spinal cord.

The neural tube forms the early part of the brain and spine within the first 12 weeks of pregnancy – usually before the mother even knows she’s pregnant. Around 1,000 neural tube defects are diagnosed each year in the UK. These may lead to termination, miscarriage, stillbirth, loss of the baby shortly after birth, or long-term disabilities.

Use of folic acid supplements is lowest in the most disadvantaged population groups. The National Diet and Nutrition Survey estimates that 89 per cent of women aged 16 to 49 have blood folate concentrations that may result in an increased risk of a pregnancy being affected by a neural tube defect.

"The message has been diluted over the years," says Gill Yaz, health development manager at the charity Shine, which focuses on spina bifida and hydrocephalus. "Most women realise taking folic acid supplements is something to do when pregnant, although not why or that they should be taking it from eight weeks before they plan a pregnancy. The whole area has become blurred – folic acid is associated with pregnancy, but not the timing of it. Around 50 per cent of women take folic acid once they know they are pregnant, but it’s too late by then. The problem is that young, healthy women are hard to educate as they don’t have much contact with healthcare professionals."

Clare Thornton-Wood, specialist dietitian (paediatric and adult) and spokesperson for the British Dietetic Association, says folic acid fortification will be of particular benefit to women who become pregnant without planning.

"Women planning a pregnancy are advised to take a daily supplement (400mcg) of folic acid prior to conception and for the first 12 weeks of pregnancy,” she says. “But this doesn’t happen in around 50 per cent of pregnancies, as these pregnancies are unplanned. Therefore, women can be four weeks or more into the pregnancy before they realise.

"Women with a family history of neural tube defects or those with diabetes are recommended to take a supplement of 5mg a day."

According to the Government, adding folic acid to foods such as non-wholemeal bread, will help to avoid around 200 neural tube defects each year – around 20 per cent of the annual UK total.

Non-wholemeal wheat flour is already fortified with calcium, iron, thiamine and niacin to restore nutrients lost during the milling process. More than 90 per cent of British households consume products containing this type of flour, making fortification a simple and cost-effective way of increasing folate levels for tens of millions of people.

"Adding a little to white or non-wholemeal bread means that women will get some benefit from folic acid before they’re pregnant," says Gill. "This is especially important for those living in food poverty or with low incomes who may not otherwise have a good intake."

"In our country, according to the National Diet and Nutrient survey, teenage girls are quite likely to be clinically deficient in folate – this isn’t even just about insufficiency as these are levels that could lead to ill-health.The Government is only putting in small amounts of folic acid as it doesn’t want the whole population to have too much."

What are neural tube defects?

Neural tube defects affect around one in 1,000 pregnancies in the UK every year, but only 190 babies survive. Exactly why these defects occur is unknown, but taking folic acid supplements before conception and in early pregnancy provides crucial protection. The most common neural tube defects are spina bifida and anencephaly.

In spina bifida, there is a gap in the baby’s spine, as the spinal cord hasn’t formed properly or may be damaged. This may be detected at a 20-week ultrasound scan. If a baby has spina bifida, they may need to have surgery soon after birth to close the gap. Affected babies may also have hydrocephalus – a build-up of fluid on the brain. Spina bifida can cause weakness or total paralysis of a baby’s legs. Nervous system damage may cause a loss of skin sensation on the lower half (leading to sores) as well as bladder and bowel issues. Some babies may have learning difficulties.

Anencephaly is the most severe type of neural tube defect, yet it occurs in around one in 2,000 pregnancies in the UK. It develops when the unborn baby’s brain doesn’t form properly in the first 28 days of pregnancy. Anencephaly is usually diagnosed during an ultrasound scan. Sadly, this condition is fatal. Most babies will be born prematurely and will die before, during or very soon after birth.

For more information on spina bifida and other spinal conditions, click here.

Getting the message across

Folic acid fortification of non-wholemeal bread isn’t going to happen straightaway. According to UK Flour Millers, the flour milling industry trade association, there are still practical issues to address, such as how much folic acid will be added and when.

The HFMA says that raising awareness of folic acid supplementation in pregnancy will become even more important once the fortification of flour does take place, to encourage compliance. Therefore, pharmacy teams should make sure they’re ready in advance to be able to offer clear advice.

Clare recommends that pharmacy teams describe the fortification of bread with folic acid as a ‘top up’ to customers, stressing that dietary supplements still play an important role. "Fortification will not provide the full requirements at a time when women need more, in order to fulfil increased needs and ensure a healthy pregnancy," she says.

According to the HFMA, the expected level of fortification will provide about 60mcg of folic acid per slice of bread. This means it will take about seven slices of fortified bread every day to provide the amount of folic acid recommended to reduce the risk of neural tube defects.

However, only food supplements can guarantee exact dosages of nutrients, and they are more cost effective than additional bread, not to mention far lower in calories.

A 400mcg folic acid supplement can be purchased for less than 1p a day. To consume the equivalent levels of folic acid through bread would cost an additional 35p a day.

Dr Sadler says that taking a 400mcg folic acid supplement when planning a pregnancy means women won’t need to calculate how much bread or other flour-based products they need to eat on a daily basis.

"It’s important to tell customers that non-wholemeal wheat flour is already an established vehicle for mandatory fortification with calcium, iron, niacin and thiamine, so it makes sense to include folic acid as well," she says. "The addition of folic acid will not be mandatory in wholemeal flour or gluten-free foods, but it can be added on a voluntary basis. This ensures consumer choice for people who want a non-fortified option. In any case, wholemeal flour already has more naturally occurring folate than other types of wheat flour."