The long and short of it

The long and short of it

Like any Government plan, the NHS Long Term Plan is largely aspirational — broad brush strokes, with fine detail to be decided or made up later. So, lack of this detail leaves plenty of room for interpretation and speculation; certainly where pharmacy is concerned. 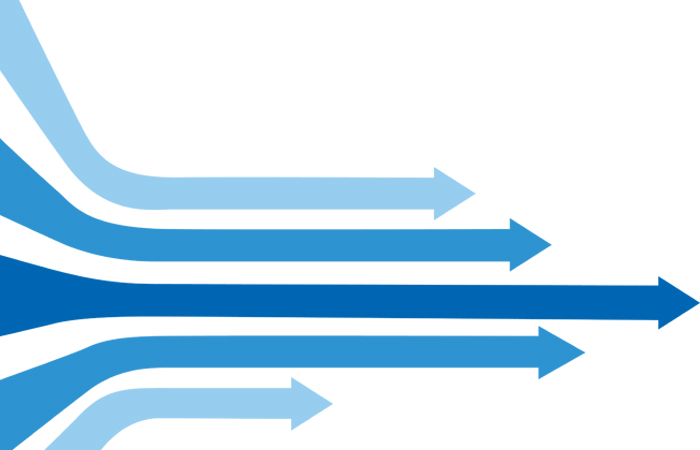 Taking a more holistic view, a common theme throughout the document, which many have called “ambitious”, is the need to save things: lives, time and money, and there is an obvious focus too on the use of digital technology to help achieve these aims.

The Government believes that the plan could save up to 500,000 lives over the next 10 years through prevention, early detection and treatment for a range of diseases, such as cancer, cardiovascular disease, stroke, diabetes, respiratory diseases, and mental health problems.

The plan was conceived in response to a government commitment to increase investment in NHS England by an average of 3.4 per cent a year in real terms over the next five years. This equates to an extra £20.5 billion by 2023/24. These sound like massive numbers, and they are, but only time will tell if that is sufficient enough to overcome the current substantial NHS deficit (believed to be close to £1 billion) while delivering on the promises contained within the plan.

The promised investment in primary medical and community services creates a ringfenced local fund worth at least an extra £4.5 billion a year in real terms by 2023/24. Within this, there is a commitment to the budget for mental health services to grow faster than the overall NHS budget, with a new ringfenced local investment fund worth at least £2.3 billion a year by 2023/24. The aim for the latter is to expand services and provide faster access to community and crisis mental health services — about time too.

In addition, there is a commitment to tackling health inequalities, which means a targeted approach to funding whereby a larger share of funding will be allocated to these areas — this is estimated to be worth over £1 billion by 2023/24. Again, great news.

There are some interesting organisational moves too — the aim of the primary care investment is to “fund expanded community multidisciplinary teams aligned with new primary care networks based on neighbouring GP practices”.

The plan is that individual practices within these ‘primary care networks’, which cover around 30-50,000 people, will enter into a network contract. Within these neighbourhood teams there will be GPs, pharmacists, district nurses, and other healthcare professionals working together to cover a larger area, sharing resources and budgets to provide services to the people within their area. According to the plan, this will create the first “fully integrated community-based healthcare” and will be supported through the ongoing training and development of multidisciplinary teams in primary and community hubs. However, initially the pharmacy involvement in these teams will be from what are referred to as “clinical pharmacists”, meaning pharmacists working in GP practices.

One ray of hope is that as part of this integration, from 2019, in addition to direct booking appointments with GP practices, NHS 111 will also refer on to community pharmacies.

Structural changes also include a move to Integrated Care Systems (ICS), which are central to delivery of the plan — these will develop from the current network of Sustainability and Transformation Partnerships (STPs). Each ICS will work with a single CCG and will be tasked with delivering “the ‘triple integration’ of primary and specialist care, physical and mental health services, and health with social care”. In reality, what this should mean is more joined-up working that helps to meet the needs of local populations.

Health secretary Matt Hancock is known to be a fan of digital technology and the plan certainly reflects that: “Technology will play a central role in realising the Long Term Plan, helping clinicians use the full range of their skills, reducing bureaucracy, stimulating research and enabling service transformation.”

The “digital NHS front door” will allow patients to access advice about symptoms, engage in video consultations, as well as access virtual services from smartphones.

In fact, digitally-enabled primary care over the next five years will give patients the option of having the choice of a telephone or online GP consultation with either their own practice or a new digital provider.

It is also expected that a redesign of outpatient services will allow for digital appointments. This means patients can avoid travelling, and it is thought this could save up to one-third of appointments — that’s 30 million a year.

Maternity digital care records are currently being offered to 20,000 women in 20 accelerator sites across England – this will rise to 100,000 by the end of 2019/20, and by 2023/24 all women will be able to access their maternity notes and information through their smartphones or other devices.

Personal digital technology will also be used to help monitor medical conditions, such as cardiovascular disease and diabetes, and support people with respiratory disease and mental health issues.

Amongst other things, use of digital technology is about empowering people, supporting healthcare professionals, supporting clinical care, and improving efficiency and safety.

Optimism or clutching at straws?

So, what does it all mean for community pharmacy? It’s difficult to say, as there is scant information on the role the Government sees community pharmacy playing and numerous mentions of the term “clinical pharmacist”.

They will be supported to “case find and treat people with high-risk conditions”, such as atrial fibrillation. They will also undertake medicine reviews, educate people on the correct use of inhalers and contribute to “multidisciplinary working”.

While the plan also says that “clinical pharmacists are now a key part of the general practice team in primary care networks”, there is no such mention for community colleagues. Indeed, while on the one hand the aim is to “make greater use of community pharmacists’ skills and opportunities to engage patients” the plan is also to “explore further efficiencies through reform of reimbursement and wider supply arrangements.” Pharmacy knows all about efficiencies.

Without a doubt there are many areas pharmacy can contribute to the plan, and while it has been broadly welcomed by pharmacy bodies, only time will tell if the Government really sees community pharmacy playing an integral role and if pharmacy negotiators can convince officials that they should be embraced at the threshold of the digital front door and welcomed into the primary care networks as equal members
of the multidisciplinary team.

The aim is to make greater use of community pharmacists’ skills