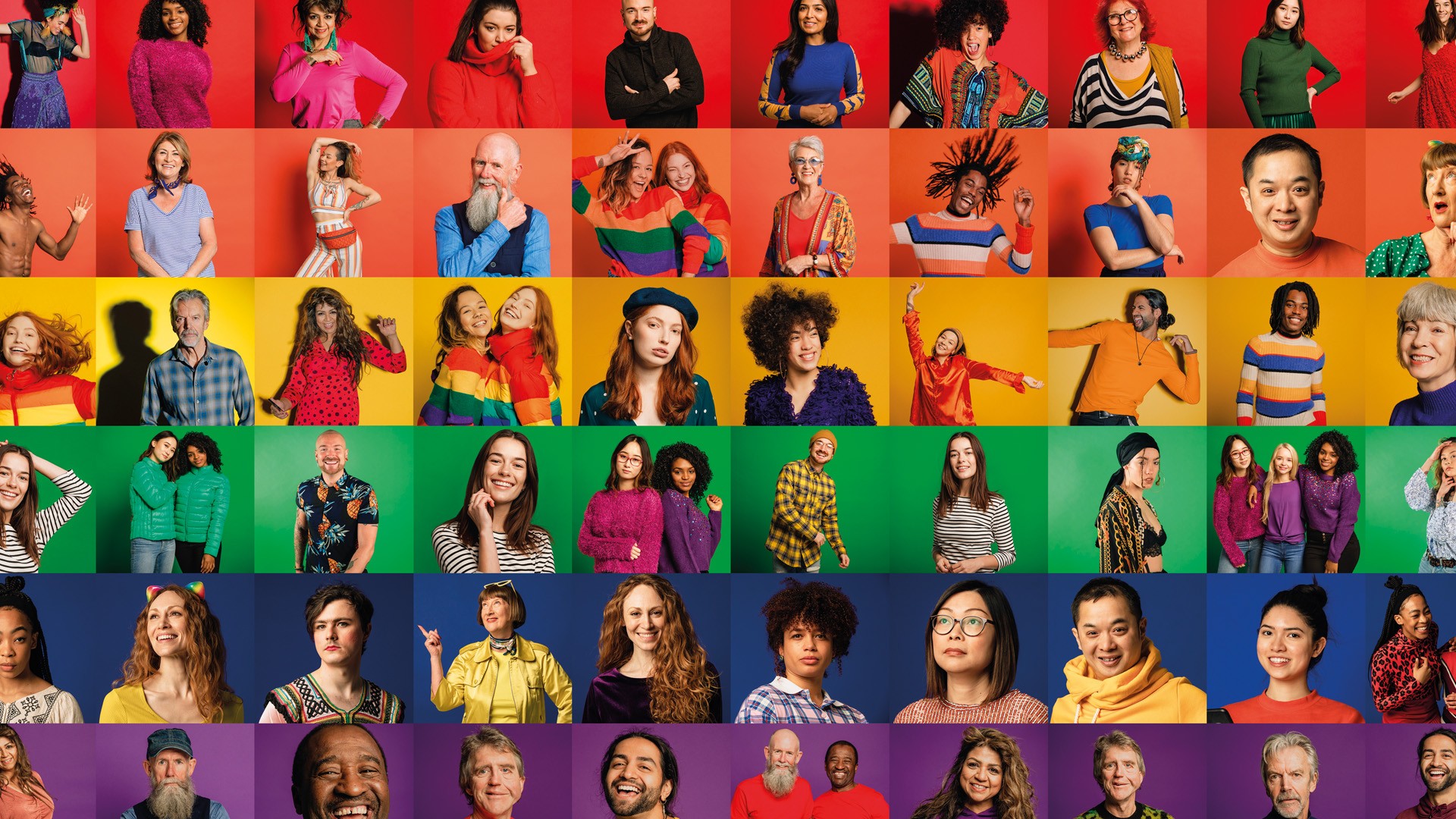 A new report highlights stark health inequalities for the LGB community. Can pharmacy help redress the balance for these individuals and others?

The Government’s ‘LGBT Action Plan 2018’ highlighted that a person’s sexual orientation or gender identity can have a significant impact on their physical, mental and sexual health and wellbeing. The policy paper noted that health outcomes were generally worse for LGBT people than the rest of the population, and that many LGBT people felt that their specific needs are not taken into account in their care.

Fast-forward to July 2021 and a new report from NHS Digital has drilled further into the health inequalities, behaviours and outcomes of lesbian, gay and bisexual (LGB) adults. Based on a representative sample of 1,132 adults aged 16 and over who participated in the Health Survey for England between 2011 and 2018, the data revealed that LGB adults were more likely to report having a limiting long-standing illness (26 per cent) than heterosexual adults (22 per cent). LGB adults also had lower average mental wellbeing scores on the Warwick-Edinburgh Mental Wellbeing Scale at 48.9 compared with heterosexual adults at 51.4. LGB women reported the lowest wellbeing scores at 47.3.

The NHS Digital report, like others before it, adds to a growing wealth of information that clearly shows that people within the LGBTQ+ community feel their specific needs are not being met, while reporting poorer experiences and often having major concerns about accessing healthcare. So why do these inequalities still exist?

Andrew Gilliver is a co-ordinator for community involvement at Pride in Practice – a program from the LGBT Foundation that works with GP practices, pharmacies, dental surgeries and optometrists to ensure all lesbian, gay, bisexual and transexual people have access to inclusive healthcare that understands and meets their needs. He says growing up LGBTQ+ in an intolerant society, and experiencing associated prejudice and rejection, can exacerbate health inequalities and have a negative impact on health outcomes.

"Stigma, discrimination, harassment and bullying on the streets, in education, health and in the workplace are still realities for many people in our communities, while both mainstream and social media perpetuate homophobic and biphobic views," Andrew says, "not to mention the increasing transphobia witnessed on a daily basis via social media."

Adding the Covid-19 pandemic to the situation has also had "profound effects" on the lives of LGBTQ+ people, according to Andrew. He highlights areas such as "isolation, substance misuse, eating disorders, living in unsafe environments, finances, homelessness, access to healthcare and access to support".

Experiences of medicines and pharmacies

But the pandemic cannot be solely blamed for these poor outcomes. A 2017 study by the LGBTQ charity Switchboard surveyed 82 LGBTQ people in the Brighton and Hove area on their experiences of medicines and pharmacies. Responses showed nine per cent had experienced challenges as an LGBTQ person accessing services and advice from a pharmacy.

In addition, some 29 per cent of respondents admitted they had taken prescription drugs outside of the NHS or private healthcare, and of those who specified what drugs they had taken, seven were mental health medications, six were sleeping tablets or other sleep preparations and three were hormones. Valium was the most frequently mentioned drug.

Among those who identified as trans, non-binary or gender variant, 70 per cent said they had used hormones/blockers. Over half (52 per cent) had obtained hormones prior to their first appointment with a Gender Identity Clinic (GIC), and four out of nine respondents were self-medicating their hormone treatment by buying hormones online or through an unregulated source.

Some 27 per cent of those taking hormones outside of the NHS said they had not received any support or tests from their GP about using it safely, with half of those using hormones/blockers saying their GP did not monitor their hormone levels and therefore did not offer guidance or adjust doses accordingly.

Richard McKay – former dispensing assistant and store manager at Boots St Patrick Street in Edinburgh, and a finalist in TM’s Recognition of Excellence Awards 2021 – was the membership lead on the Boots Pride Alliance leadership team, and engaged with the Pride in Practice scheme. He says community pharmacy teams have a key role to play in identifying and supporting people who are facing challenges in accessing the right care and medicines, but first there are barriers
to address.

Richard believes it’s not so much that there’s an inequality of service for LGBTQ+ people – although he says the waiting list for those wanting to transition is really long – but it’s more to do with the inequalities of conversations in healthcare settings. "People are worried they will offend a customer by using the wrong pronouns for them, for example," Richard explains. "There’s also still a lack of knowledge among pharmacy teams around what people are going through if they are transitioning – and there isn’t much training for that anywhere."

Communication may also prove to be a barrier to accessing much needed mental health services, according to Richard. "Mental health is worse in these communities, but if the person hasn’t ‘come out’ to their doctor yet, or isn’t comfortable talking about this, then that creates a barrier for them to be able to access those services," he says.

As all community pharmacies are now Healthy Living Pharmacies (HLPs) with qualified health champions on site, pharmacy teams are ideally placed to make positive steps to support the health of all LGBTQ+ people. This involves improving access to high quality, inclusive care, as well as promoting health and wellbeing interventions at every opportunity and signposting people to other relevant services.

"The kinds of things that matter to LGBTQ+ people when they are seeking health services are reassurance that they are in a safe place where assumptions will not be made about them simply because of who they are, and that they will be treated with respect, and without discrimination or judgement," says Andrew.

A key part of the Pride in Practice service are the small but meaningful changes that are easy for primary care providers to implement while having a positive impact on members of the LGBTQ+ community. For example, simple things like displaying a LGBT inclusive poster may make people feel more welcome and accepted in a pharmacy as they can see themselves represented.

"We know that many LGB people will not openly disclose their sexual orientation unless they feel safe," says Andrew. "Pride in Practice provides training and support to pharmacy staff so that they can demonstrate to customers how they offer a safe, inclusive service along with awareness for other members of our communities such as trans, non-binary, intersex, et cetera, and how pharmacy can support them."

Richard says Pride month is a great time for pharmacies to let customers know they support the LGBTQ+ community. "We had an initiative in Pride month about pronouns as people are really nervous about getting these wrong and it’s important to be able to talk about it openly," he says. "One aspect is realising that there are people on hormone treatment and they have an Mx on the prescriptions – rather than Mr, Miss or Mrs – so learn how to pronounce it and broach the subject. A good way to start is by saying what your own pronouns are first and that can encourage people to say theirs."

With Public Health England defining health inequalities as "unfair and avoidable differences in health across the population, and between different groups within society", pharmacy teams can create an inclusive starting point for LGBTQ+ customers to begin to address these unequal health outcomes.

"Every time they meet someone new, they have to ‘come out’ again and worry that the healthcare professional they are interacting with may not be accepting," says Richard. "But with training and insight, I have learnt to be confident, which has helped me better support even more of our customers."

Public Health England (PHE) has produced a briefing highlighting the unique role that pharmacy teams can play in helping to address health inequalities.

Entitled ‘Pharmacy teams seizing opportunities for addressing health inequalities’, the document sets out suggestions on how to make the most of pharmacy teams’ potential to work with local community and faith leaders, reach out to under-served communities and those with the poorest health outcomes, and to take on a health inequalities leadership role. It also sets out recommendations for system leaders, commissioners and community pharmacy teams themselves. Access the document via the PSNC.

To learn more about how Pride in Practice can support your pharmacy – or to order posters – get in touch with the organisation by emailing: pip@lgbt.foundation.