Ear complaints are a common reason for a pharmacy visit, with problems ranging from earwax blockage and infection to vertigo and hearing loss. This guide will ensure pharmacy teams are well equipped to help

In the UK, 11 million people are affected by hearing loss to some degree. “We estimate that, by 2035, there will be more than 15.6 million people with hearing loss in the UK – a fifth of the population,” says audiologist Vaitheki Maheswaran at Action on Hearing Loss. And many more of us – especially children – suffer with common ear problems. 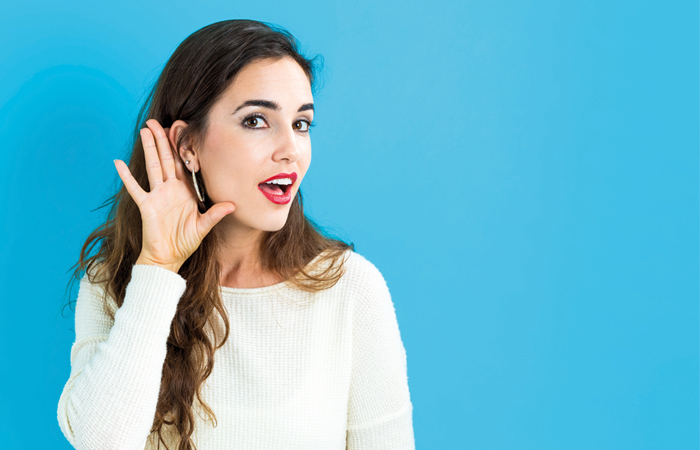 Wax is produced to keep ears clean and healthy. Normally, it naturally works its way out of the ear but in some people it builds up and causes a blockage, which can result in temporary hearing loss in one or both ears.

Some people naturally produce excess, dry or hard earwax, while others have narrow ear canals that increase the risk of blockage. Symptoms to watch for include hearing loss, ear ache, tinnitus, itchiness inside the ear and sometimes vertigo.

Customers should never try to remove wax with a cotton bud or fingers, as this further impacts the wax and can damage the ear canal. Instead, it can be treated using OTC ear drops such as olive oil or sodium bicarbonate. These soften the wax so it can be easily removed. If drops don’t help after several days, customers should speak to the pharmacist as they may need to have their ear(s) syringed.

Any customer who is concerned about their hearing should be referred for a hearing test.

“Having a regular hearing test as we get older is advised. Evidence shows that if hearing aids are fitted soon after an individual starts to experience hearing loss, they adapt much more readily to them,” says Vaithteki.

A hearing test takes about 20 minutes and tests one ear at a time. If diagnosed with hearing loss, the audiologist can recommend hearing aids or discuss other treatment options.

Tinnitus is a condition where patients hear ringing, hissing, buzzing, roaring or humming sounds from inside their ears when there is no external sound. For many it may disappear or improve with time, but in severe cases it can cause insomnia, depression and concentration problems.

“There is help available with managing the condition and pharmacists can direct individuals to their GP. This is crucial because tinnitus may be caused by a temporary condition that the GP can treat, such as infection, excess earwax, hypertension or medication,” advises Vaitheki. “If this isn’t the case, they are usually referred for suitable support and tinnitus therapies.”

An Action on Hearing Loss survey found that 85 per cent of people are unaware of help available for tinnitus. There isn’t a cure, but various treatments can help. These include sound therapy, hearing aids, counselling, cognitive behavioural therapy (CBT), relaxation therapy and tinnitus retraining therapy, which changes the brain’s response to tinnitus so the sound can be tuned out better. 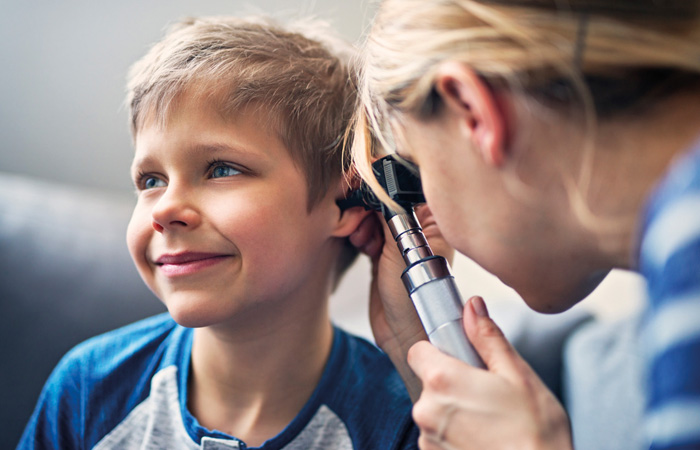 This is a hole in the ear drum, which lies between the outer and middle ear, and can affect hearing. The perforation puts the ear at increased risk of infection.

The main causes include injury to the ear, a middle ear infection, a sudden loud noise, or a sudden change in air pressure, such as when flying. Signs to watch for include sudden hearing loss, ear ache, fluid leaking from the ear, tinnitus and a fever.

In most cases, a perforated ear drum will heal itself in six to eight weeks without treatment. If there is an infection, antibiotics may be prescribed. If the tear does not heal, a small operation to repair it may be required. Customers should be advised to avoid getting water in the affected ear while it heals and use analgesics to relieve any associated ear ache.

Ménière’s disease is a condition that affects the inner ear. It causes sudden attacks of vertigo, hearing loss, tinnitus and ear pressure. These symptoms usually happen all together and commonly last two or three hours.

The condition affects one in 1,000 people, typically between the ages of 40 and 60. It usually starts in one ear, but can affect both.

Ménière’s disease is thought to be caused by a fluid build-up in the inner ear which may be triggered by a virus, salt imbalance in labyrinth fluid, diet or poor immune system. Customers should be advised to see their GP for a diagnosis.

Patients may be prescribed anti-sickness drugs to ease symptoms during an attack. For those who suffer repeated attacks, betahistine may be helpful. A low-salt diet, regular exercise, not smoking and avoiding food triggers may also help.

Drivers must report the condition to the DVLA and stop driving until there is good control of symptoms.

Glue ear – also known as otitis media with effusion – causes the middle ear to fill with glue-like fluid instead of air, which dulls hearing. It mainly affects children, with eight in 10 affected at least once by the age of 10. It’s most common in under-fives, and most cases occur in winter.

The build-up of fluid is thought to be due to problems with the Eustachian tube, which connects the middle ear to the back of the throat. This may be due to a respiratory virus, an ear infection, allergy or smoke irritation. The main symptoms are dulled hearing and ear ache which comes and goes, but is usually mild.

Most cases will clear up within three months without treatment. If it lasts longer and hearing loss is significant, it can be treated with surgery to place tiny tubes (grommets) in the ear to drain the fluid. Balloon treatment can help some older children and may avoid the need for surgery. It involves inflating a special balloon using the nose and is available over the counter.

The risk of babies and young children developing glue ear can be reduced by mothers breastfeeding their baby if they can and parents bringing their child up in a smoke-free environment and stopping smoking if necessary. If a child develops glue ear, it can be helpful to talk clearly and louder than usual while they are affected, and encourage parents to make the child’s teacher aware so they don’t fall behind.

Vertigo is commonly caused by a problem with the way balance works in the inner ear. It’s the sensation that the environment is moving or spinning and can also be associated with loss of balance, dizziness and feeling or being sick.

Benign paroxysmal positional vertigo (BPPV) is the commonest cause of balance problems. This is where certain head movements such as turning the head, bending over, standing up or turning over in bed trigger vertigo. It’s thought to occur when small calcium crystals inside the ear dislodge and get into the ear’s fluid filled canals. Attacks are usually short and cause nausea, with loss of balance lasting hours afterwards.

Labyrinthitis is an inner ear infection that can also cause vertigo. It is usually caused by a virus and can cause other symptoms such as hearing loss and ear pain.

Customers may be prescribed a short course of anti-sickness medication. Their GP may also teach them a series of head movements and exercises that will help recovery.

To help relieve or avoid symptoms, sufferers can get up slowly from lying down, sleep with their head raised on two or more pillows, avoid looking upwards or extending the neck. Customers should also be advised to avoid driving after an attack.

The main cause of hearing loss is getting older, with over 70 per cent of over 70s affected. This is because the tiny sensory cells in the cochlea, which conduct sound, get worn down over time.

Noise induced hearing loss resulting from exposure to high levels of noise or loud bursts of sound is the second most common cause. “Prolonged exposure to any sound at high volume – more than 85 decibels – can cause permanent hearing loss, tinnitus or both,” says Vaitheki. Sudden hearing loss needs swift referral to a GP to find out the cause.

A hearing aid won’t reverse damage, but it can improve hearing and minimise the impact on daily life.

This is common in children and may be a sharp or a dull pain either constant or intermittent. It may be in one or both ears. In young children it can be difficult to spot – signs might include pulling or rubbing their ear, irritability, poor appetite and disturbed sleep.

Mild ear ache is most often caused by a build up of mucus in the middle ear following a cold and usually clears up by itself in a few days. A build up of earwax can also cause pain, as can an ear infection, glue ear, throat infection or something stuck in the ear.

Analgesics can be recommended to relieve any pain. A warm flannel on the affected ear can also soothe pain. If wax build-up is a cause, OTC ear drops can soften and remove wax. Referral to a GP is required for a suspected infection, glue ear or if an object is stuck in the child’s ear. 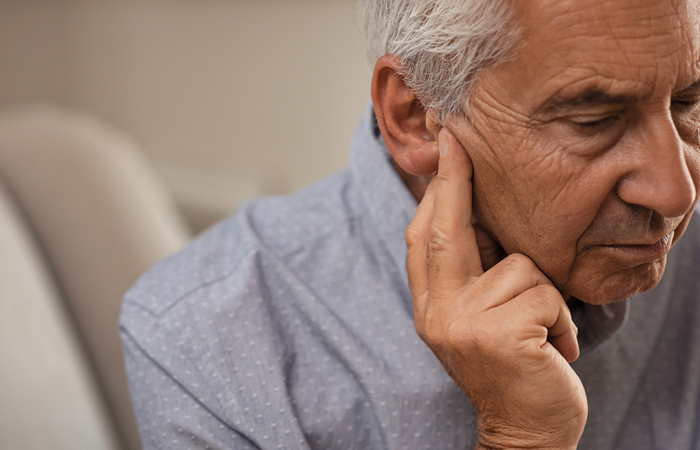 An infection in the middle ear – also known as otitis media – causes ear ache due to inflammation and fluid build-up behind the ear drum. One in four children has at least one middle ear infection by the age of 10.

The main symptoms are pain, dulled hearing, a fever, feeling sick and a lack of energy.

Most middle ear infections are caused by a cold virus, which leads to a build-up of mucus in the ear. If mucus doesn’t drain away, an infection can occur.

While most infections resolve in a few days without treatment, pharmacy staff can recommend analgesics to relieve pain and reduce fever. Antibiotics are not usually prescribed (as most infections are caused by a virus rather than bacteria) and so they would not be effective.

Breastfeeding infants rather than formula feeding can help to reduce the risk of infection and babies over six months of age should not be given a dummy as this may increase infection risk. Parents should also be advised not to expose children to smoke as passive smoking increases the risk of infection.

Otitis externa is an inflammation of the ear canal, usually caused by infection but sometimes due to allergy or irritation. It is commonly known as swimmer’s ear because swimming can make the ear canal more vulnerable to infection.

Signs to watch for include ear pain, itchiness inside the ear, discharge from the ear, a feeling of pressure in the ear and hearing loss. Normally only one ear is affected.

Mild cases of otitis externa can be treated with OTC products. For more severe cases, or if the condition doesn’t respond to these treatments, referral to a GP is necessary as the inflammation may develop into an ear infection. Several types of ear drops can be prescribed: antibiotic drops, corticosteroid drops, antifungal drops and acidic drops.

Customers should be advised to: 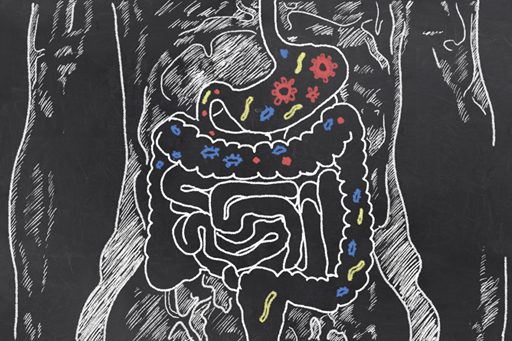