Gwen Yale has seen it all, from community pharmacy to hospital pharmacy and care homes to APTUK. Find out how Gwen’s passion for learning has helped her get to places she didn’t know were possible

It’s clear that a burning desire for knowledge and to support those in the community around her are what have prompted Gwen Yale to pursue a career in pharmacy. She’s living proof that hard work can get you anywhere and that community pharmacy can open many doors. 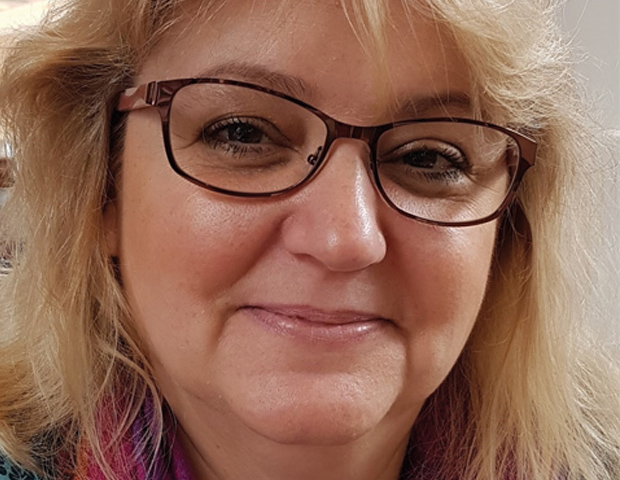 Gwen began her career working as a shop girl at a small independent pharmacy in Bradford in 1992. Two years later she qualified as a counter assistant and since then has continued to make progress, driven by a desire to learn and push herself, as well as helping customers as much as she can.

“It was just something I fell into really, my passion for it has just grown from strength to strength,” Gwen explains. “I did my training, anything that came in that I could get my hands on I basically did.”

Gwen completed her BTEC level 3 to become a pharmacy technician, as well as completing her smoking cessation training in the early days of the service. She says: “I was supported to be a smoking cessation advisor which was really new then, it was one of the first in the area where I lived which was really empowering”. This gave Gwen the opportunity to really feel like she made a difference. “I helped people stop smoking and that’s really rewarding. Sometimes people just pop in to the [pharmacy] for a couple of minutes, but sometimes you become a part of their life when they’re going through different issues, so you feel part of their journey”.

After working in three different community pharmacies, Gwen decided to broaden her horizons and look outside the sector for a new challenge in hospital pharmacy. She says: “It was completely different, I was used to working with people for all this time with customers – patients face to face, but I developed new skills”.

Although she benefitted from this opportunity, Gwen says she didn’t realise how much she missed working directly with patients until her role as medicines management technician on the wards. As such, she has since pursued more people-facing roles.

Gwen started working for Sheffield Clinical Commissioning Group (CCG) three years ago and, in January 2019, started a new post working in the CCG’s medicines optimisation in care homes team. She loves her new role, but says she has surprised herself as she initially avoided choosing care homes, thinking it wouldn’t be her strong suit.

“I had made so much noise saying I don’t want to do care homes. It couldn’t have been further from the truth,” Gwen explains. “My fantastic line manager, who obviously knows me better than I know myself, said your lead area is care homes and [once I got started] I was blown away and I haven’t looked back.”

Gwen’s passion has only continued to grow and she has since gone on to win joint first prize at the Primary Care Pharmacy Association Care Home Symposium.

You don’t realise how much difference you’re making

Both sides of the coin

From Gwen’s position she can appreciate everybody’s role in the sector, she says she feels like those who work in pharmacy often don’t realise the excellent work they do. “After seeing the work done at the Recognition of Excellence Awards 2019, the work is mind blowing – there was none of that possibility when I worked in community pharmacy. Listening to some of the tremendous amount of hard work and dedication of the staff and the thing that comes across is, ‘it’s just my job’ and a couple of them said that, when you’re in it it’s just what you think and you don’t realise how much difference you’re making”.

Gwen says she is very lucky to have seen both sides of the industry and that this has helped her have compassion and more understanding for those in pharmacy. She says: “When I worked in community pharmacy I used to prepare all the medicines for care homes, you don’t realise how much work goes on in community pharmacy for that. Some pharmacies have whole departments for it. Now I’m at the other end of it but I have the understanding and respect for the people that start off the process because I’ve seen both sides and now I can work both sides, which is really satisfying”.

A pillar of support

Moving forward, Gwen says she wants to continue to support those in the profession, carry on learning and continue making a difference.
Gwen is currently undergoing her BTEC level 4 pharmacy clinical services professional diploma and completing the medicines optimisation in care homes training pathway. She is also a national officer for events for the Association of Pharmacy Technicians UK (APTUK), a role which sees her presenting and managing events and conferences for APTUK, as well as representing and promoting the Association at external conferences and events. Gwen says this supportive role is “about being an advocate for the professional leadership bodyand the work that is carried out by APTUK to advance the role and education of Pharmacy Technicians to support person-centred care."

"I have many opportunities to meetand bring together pharmacy technicians from all sectors (and other people in pharmacy), encouraging them to become members of APTUK so that we can continue to do the valuable work that we do and ensure that pharmacy technicians are represented and have a voiceand to enable them to showcase the fabulous work they do."