A year on from taking up the office of president of the Association of Pharmacy Technicians UK, Liz Fidler speaks to TM about what she’s achieved, the challenges she’s faced and her future ambitions

When you sit down to interview the president of the Association of Pharmacy Technicians UK (APTUK), the last thing you expect to hear is “actually, I didn’t aspire to be president”. It’s a rather bold statement. But rather than casting a shadow over her first year – Liz Fidler received the chain of office on 9 February 2019 – it highlights her gutsiness, strength of character and, ultimately, desire to do anything and everything in her power to support her profession; the profession she’s dedicated the last 25 years of her life to. 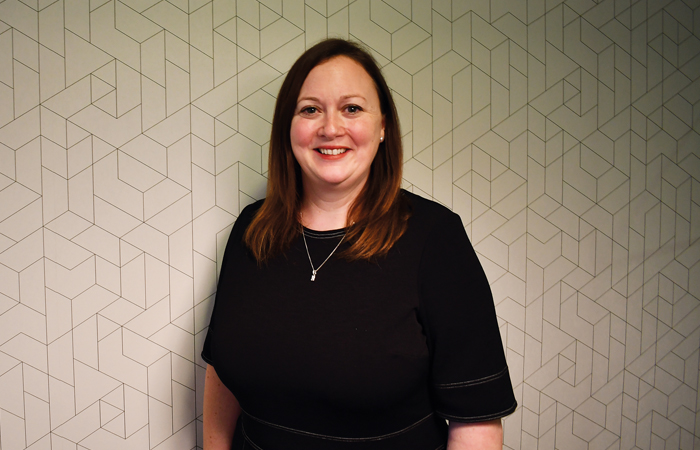 Liz admits that there was a point during the election process where the Association may have had to fold due to the lack of a potential successor. “At the first round I thought it through and I thought, actually, it wasn’t about becoming president. What it was for me was about ensuring the future and sustainability of the Association,” Liz explains.

A pillar of support

For Liz, who has been a member of APTUK since 1999, the Association offers a network of support and a sense of belonging in a profession that can often feel quite isolated. Yes, pharmacy technicians work alongside pharmacists, dispensing assistants, medicines counter assistants and other members of the pharmacy team, and Liz acknowledges that those relationships are important. But when more than one pharmacy technician in a community pharmacy is a rarity, “where do you get your professional development discussions and opportunities, how are you aware of what the rest of the profession are doing, how do you equate that to your practice, and also how do you have the opportunity to showcase what you’ve done?”

Where the pharmacy technician profession would end up without a professional leadership body wasn’t something Liz wanted to contemplate, and so she put herself forward for the APTUK presidency in the hope that she could ensure her fellow pharmacy technicians would continue to have access to this invaluable source of support and encouragement.

It takes a strong person to step out of their comfort zone and into the kind of pressurised limelight that comes with a presidency, especially when the post is voluntary and there’s a full-time job in the mix as well. It may not be a wholly comfortable position to be in, and Liz admits that the limelight is still something she struggles with, but that doesn’t mean she doesn’t get the job done. Far from it.

Liz’s first task, working with her vice president Ellen Williams, was to take stock of all the programmes of work APTUK was involved in, work out their top priorities and engage with members in order to set a very focused business and operating model for the year. This included delivering a national education framework for final accuracy checking; leading a UK-wide role analysis for foundation pharmacy technicians, which Liz sees as her proudest achievement; acknowledging the increasing importance of primary care and developing a national education framework for pharmacy technicians in that area; and working to understand the priorities of the four UK home nations so as to not be so London- or England-centric in the Association’s future projects.

But Liz’s overall ambition was to further establish the pharmacy technician position within the healthcare environment and maintain key relationships with policy makers, ensuring the profession’s voice continues to be heard at the highest level. Without this, APTUK’s programmes of work could look the part but achieve very little. “It’s like anything, you can develop something that you feel is very useful and the profession tells you it’s going to help them, but actually if it’s not recognised in terms of job descriptions or supported in terms of career pathways, it very quickly becomes a dusty framework on a shelf,” explains Liz. “I’ve been using the phrase that it’s about educating not alienating and that’s my position constantly. It’s about raising the voice and representing.”

It’s fair to say that the knowledge and skills of community pharmacy technicians are not always utilised in the best way and there are some areas in which they could really step up and make a significant contribution. One such example is in patient group directions (PGDs), which Liz feels very strongly about, especially as she has pharmacy technician colleagues who are involved in writing PGDs but aren’t authorised to carry them out.

“Some pharmacy technicians are absolutely well placed in terms of delivering some PGDs, such as vaccination programmes, and easing some of that system’s pressure – having the knowledge, skills and competence to do that. That’s something I’m really keen to do in terms of lobbying and building on – and I know past presidents had begun that work. So for me, I’m really keen and I think it’s a good time now because of the shift in primary care. I’m definitely trying to keep my eye on where all of the enablers are and where that can feed in,” Liz explains. “I think it’s something that we need to work with in terms of policy makers and employers about capitalising on the potential of what pharmacy technicians can bring their organisation rather than the historic dispensing and checking routes, and I’m saying historic for checking because it is historic now. It’s not advanced practice.”

Not all plain sailing

While Liz is pleased with the progress being made by APTUK in some areas, that’s not to say that she hasn’t faced some challenges and setbacks along the way. A drive around increasing membership of the Association was another important priority, but this has been “one of my most disappointing areas” as numbers have remained largely static.

It’s a difficult question, with pros and cons for each side, but Liz and the Association are thinking to the future. While they will continue to encourage those grandparented pharmacy technicians to become members with ongoing work on bespoke offers (see box), there is a recognised strategy to engage the future profession. “It’s absolutely about our pre-registration trainee pharmacy technicians and about how we work with organisations outside of the NHS and employers to ensure that pre-registration pharmacy technicians (PTPT) are aware of the professional leadership body that they have free membership to as a PTPT. It’s then about encouraging them in feeling the value of becoming a full member throughout their career,” Liz explains.

She also highlights that if you equate the number of people who have joined the register since mandatory registration with the number of members, it’s a fairer assessment and indicates a much better balance. In addition, when APTUK held its annual conference last September, they actually saw their highest attendance for a number of years. Many were non-members, with an encouraging number from community pharmacy. So the future seems bright.

It would be very easy to take a defensive stance, but that will not move things forward and will not be progressive

Having met Liz on a few occasions, she comes across as a very determined and passionate individual. There’s no doubt that she’s in a strong position to take APTUK forward and has the ideas, support and resolve to do so.

“I’ve always pushed boundaries and I’ve always challenged. Is it as difficult as it feels or, actually, can we have a really open and honest conversation about what the issues are and then move forwards from that?” Liz explains. “I think the balance is trying to not be too defensive, particularly if it’s something you feel very passionate about – obviously I feel very passionate about the role of pharmacy technicians – and it would be very easy to take a defensive stance, but that will not move things forward and will not be progressive.”

There are some high-profile issues currently on the table: the challenges that come with a predominantly grandparented – or legacy – workforce and the perpetual elephant in the room of supervision being just two examples. But these don’t seem to phase Liz and she says that her approach to these issues is that “there are solutions and this is about advocacy. I see a lot of my role in actually reflecting on the positions of different organisations and understanding that, but also educating them. I think there’s a lot of misunderstanding around the role of pharmacy technicians and we need to start talking about things in a very direct way. Often things are based on broad statements and actually, the devil’s in the detail.”

This desire for direct conversation and progress on the big issues aligns perfectly with one of APTUK’s key aspirations. “It’s kind of a tagline in some ways because, for me, any conversation about pharmacy technicians’ contribution should include APTUK as the professional leadership body,” explains Liz. “I think some of the legacy issues that we’re dealing with are based on those conversations not happening and that’s a challenge for us as an organisation to deliver against that, but that’s the ultimate aspiration.” 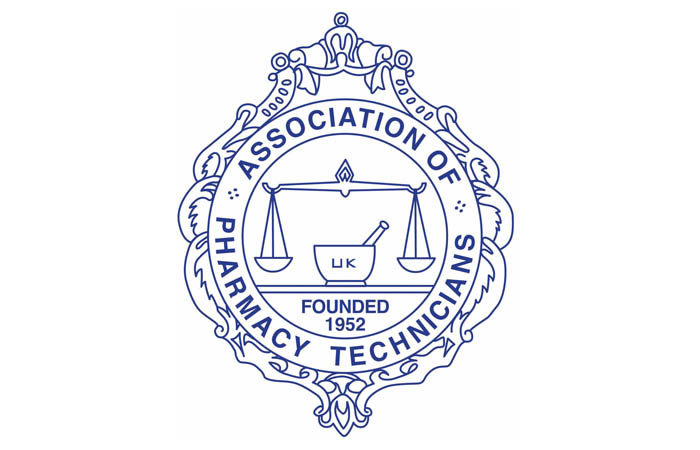 Liz’s next focus is the consultation on understanding the role of foundation pharmacy technicians – the final report of which is due to be published in the spring. “For us as a professional leadership body, we’ll then need to look at what the tools are that we will provide to our members around helping them with their professional development and then what tools will we offer to the system so that they can understand and utilise on the role of the pharmacy technician in whatever sector,” she explains.

The Association is also looking forwards to three national events: the Membership Business Meeting (MBM) and Showcase on 4 April; running the pharmacy technician theatre at Clinical Pharmacy Congress on 5-6 June, where Liz is keen to ensure “the programme has something for everyone” and “showcases community pharmacy technicians’ clinical contribution“; and the APTUK Annual Conference in November.

APTUK branches – local, national and virtual – are another project for the coming year, so as to provide support for members in the most convenient way for them. Branches are run by volunteer APTUK registered pharmacy technicians who incorporate the core aims, objectives and values of the Association into their individually run activities. Being part of a branch means pharmacy technician members can gain access to support, education and networking opportunities with other pharmacy technicians across all sectors, as well as being able to share best practice and gain revalidation support, among other benefits.

2019 saw the development of a technical services virtual branch and Liz has her sights set on launching a national virtual branch in 2020. “It’s about recognising that the hours that people working across all sectors – nobody is really nine to five anymore, because patients aren’t nine to five so that’s right – how do we deliver so that there is access?“ says Liz.

Expanding their offering of branches in this way is “about [APTUK] not having a generic offer or a one size fits all for pharmacy technicians. It’s about starting to think about bespoke offers,” Liz explains. “I am really, really keen, and it’s always challenging, but I’m keen to get that message to the community pharmacy sector in order to break that myth that [APTUK] is a hospital pharmacy technician environment.”