Immunisations are thought to save millions of lives annually and they are recognised as one of the world’s most successful health interventions. 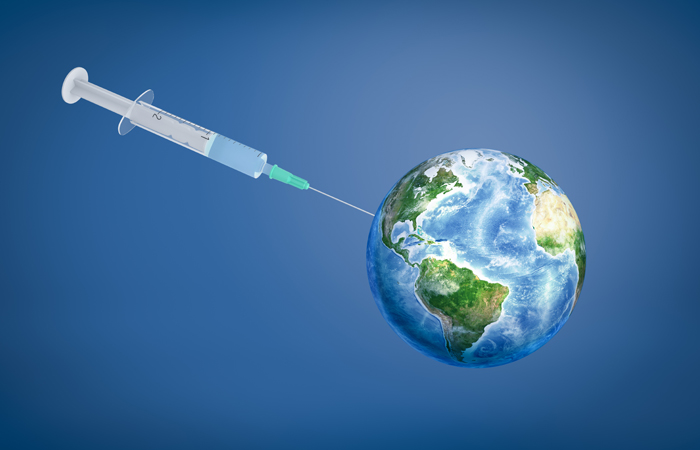 However, according to the World Health Organization (WHO), there are nearly 20 million children in the world today who are not getting the vaccines they need, and there are people from all age groups, including teens, adults and the elderly, too, who continue to miss out on this vital lifesaving intervention.

Every year, World Immunization Week, run by the WHO, aims to promote the role of vaccines in protecting people of all ages against disease. And in 2021, when Covid-19 vaccinations are top of the global healthcare agenda, this awareness-raising initiative is arguably more important than ever.

The theme for World Immunization Week 2021, which will take place from 24-30 April, is ‘Vaccines bring us closer’. It is hoped that as vaccinations continue to advance each year, they will create a safer and healthier world that is closer to having populations free from illnesses such as cervical cancer and bring an end to diseases such as tetanus and measles.

“With the theme ‘Vaccines bring us closer’, World Immunization Week 2021 will show how vaccination connects us to the people, goals and moments that matter to us most, bringing us closer to family, friends and a healthier safer world,” says Laura Keenan, communications officer at the WHO. “With all eyes on vaccines, this year's campaign offers an unprecedented opportunity to build public trust in the value of vaccines for health, for economic recovery and prosperity, and for social connectivity and wellbeing.”

This aims to build on the theme adopted for the 2020 campaign, ‘Vaccines Work for All’, which focused on how vaccines – and the people who develop, deliver and receive them – are heroes, working to protect the health of everyone, everywhere. The main goal of this 2020 campaign was to encourage greater engagement around immunisation globally and highlight the importance of vaccines in improving the health and wellbeing of the world’s population.

Community pharmacy teams vaccinated over one million more people against influenza in the 2020/21 flu season than in the previous year, according to the Pharmaceutical Services Negotiating Committee (PSNC). This means that pharmacies have accounted for around 25 per cent of the overall growth in the flu vaccination programme this year, “far more than our usual share of around 10-12 per cent of the total programme,” commented PSNC chief Simon Dukes in a recent blog post.

Already demonstrating the importance of their role in delivering all kinds of vaccinations, pharmacy teams can make the most of this World Immunization Week to bring home the WHO’s positive messages about vaccinations right into the heart of their communities, including the message that vaccines are the intervention that has had the greatest impact on the world’s health, alongside clean water.

“Pharmacy teams, like other sectors of the health workforce, have a valued role in talking to people about the benefits of immunisation for people at all ages to help protect our health and keep all of us safe from vaccine-preventable diseases,” says Laura.

Providing information about the Covid-19 vaccine will continue to be important, especially to debunk myths and reassure those with apprehensions and vaccine hesitancy, but it is also important for pharmacy teams to remind their communities of the importance of other vital vaccinations that may have been pushed to the back of people’s minds at the moment. Lockdown limitations may also mean that many routine jabs have been missed. See TM’s ‘The importance of immunisations’ article for more.

Allergy Awareness Week: 26-30 April
Allergy Awareness Week 2021 will focus on hayfever, which is thought to affect millions of people across the UK – around a fifth of the population. The combination of warmer months ahead and the easing of lockdown restrictions means that more people will be spending time outside, facing higher exposure to pollen. Allergy UK will be running a national survey from the end of March to find out more about the challenges of living with hayfever, the results of which will be published during Allergy Awareness Week. Allergy UK will be providing tips and information about the condition based on the results of the test that pharmacy teams can pass onto customers.

Stress Awareness Month: April
Since 1992, Stress Awareness Month has aimed to tackle stress and raise awareness about its causes, management and prevention. Some 74 per cent of UK adults have felt so stressed at some point over the last year they have felt overwhelmed or unable to cope, according to the Mental Health Foundation. Not only does stress impact pre-existing mental health conditions, such as depression and anxiety, but it can have a physical impact too, even being related to digestive issues, heart disease and problems with the immune system. Pharmacy teams can raise awareness of the physical and mental impacts of stress throughout Stress Awareness Month and signposting people to further support and resources, including the Stress Management Society’s online Test your stress test.