Over half of all mental health conditions start before the age of 14. Pharmacies are ideally placed to inform parents and families about mental wellness and swiftly signpost them to expert support

Mental health was one of the most pressing topics discussed by world leaders at the Davos World Economic Forum this January. Persisting stigma around mental health problems must be removed, said the Duke of Cambridge, who has been actively campaigning on the issue for several years. He commented: “We’ve got to start tackling it now because there are still so many people that are suffering in silence.” 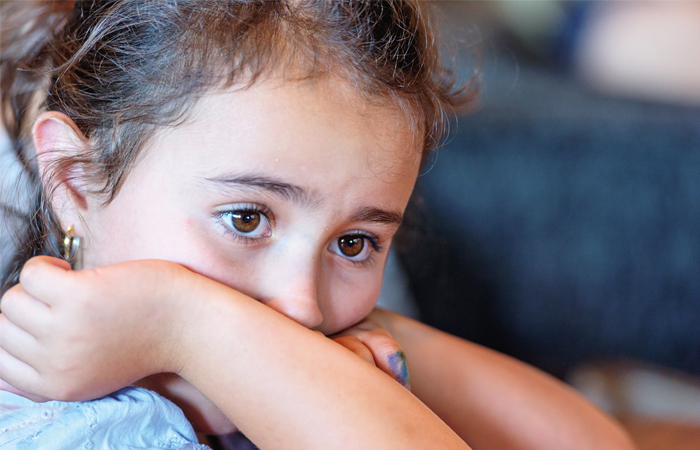 Mental health, particularly services for children and young people, has been defined as a priority for the NHS in its Long Term Plan. Support and advice for young people is especially important, as problems can begin at a younger age than many may realise. “We know that half of all mental health conditions start before the age of 14,” says Tom Madders, director of communications and campaigns at the charity YoungMinds. “But young people often find it hard to talk when they’re struggling to cope. Our message is that if you’re finding life difficult, you’re not alone. Talk to someone you can trust – it could be a friend, a family member, a teacher, a doctor, a counsellor or a helpline,” he adds.

A range of informed and accessible sources of support are needed for young people to easily access when they need it – and that someone to talk to may, of course, be a member of the local community pharmacy team. Pharmacy staff can help by being equipped with information about local services, making sure that their knowledge is up to date on what can be a difficult topic to discuss and offering a listening ear to anyone who needs it.

Some groups of young people are more likely to be affected by mental health disorders, according to Mark Rowland, chief executive of the Mental Health Foundation. There are inequalities that need to be tackled, he says. “Those most at risk of mental disorders are children from low-income households, children whose parents have poor mental health or are in receipt of a disability payment, and 14- to 19-year-olds who identified as LGBTQ,” Mark explains. “Until we address inequalities and ensure a consistent culture of prevention for all children, young people and their families, we will keep failing the next generation right at the start of their lives.” Giving young people’s mental health consistently high priority is “everyone’s business”, he stresses.

Responding to NHS Digital’s statistics, Peter Fonagy, chief executive of the Anna Freud National Centre for Children and Families said: “We need to develop a more comprehensive approach to young people’s mental health from the community to the clinic, with schools as a key part of this picture. We need a kinder society that doesn’t impose unrealistic and destructive expectations on young people to live up to an unrealisable goal. We need to make it clear that people are valued in themselves, not for their appearance and not judged on their sexuality and have a right to be confident in their identity.”

Childline – the online and telephone counselling service for children and young people – has seen an increasing demand for its services from children with mental health conditions.

Alana Ryan, NSPCC senior policy and public affairs officer commented: “Last year, our counsellors carried out 100,000 sessions with young people worried about their mental and emotional health and wellbeing – five per cent more than the previous year. It is imperative that children and young people experiencing mental health problems know where to turn so they can get help early, before reaching crisis point.”

Almost half of children aged 12 in England feel sad or anxious at least once a week, according to a survey released by Barnardo’s in 2018. By the age of 16 this rises to 70 per cent.

“Although these can be normal emotions experienced while growing up, children need support to deal with the pressures of everyday life,” commented Javed Khan, Barnardo’s chief executive.

• Anxiety disorders: These are characterised by feeling anxious, worried or fearful most of the time, with racing thoughts and feelings of panic. Physical symptoms include a fast heartbeat, sweating, shaking, or even hair loss. Research suggests that as many as one in six young people will experience an anxiety condition at some point in their lives.

• Depression: A long-lasting low mood disorder, that affects the ability to do everyday things, feel pleasure or take an interest in activities, depression affects one in 10 people. It can affect people of any age, including children. Medication, self care techniques, peer support groups, exercise and a healthy diet can all help.

• Eating disorders: These often start during teenage years or early adulthood. Someone may eat too little or too much food, restrict the types of food they eat or have an unhealthy relationship with food and weight. Eating disorders, such as anorexia nervosa and bulimia can lead to serious physical health problems such as fits and muscle spasms; heart, kidney or bowel problems, including permanent constipation; osteoporosis and fertility problems.

• Bipolar disorder: Previously termed manic depression, bipolar is characterised by mood swings from extreme highs to extreme lows. The condition is usually diagnosed before the age of 20 and may have a genetic cause. One to two per cent of the population suffer from bipolar and up to five per cent of the population may be “on the bipolar spectrum”, according to charity Bipolar UK.

• Self harm: Between one in 12 and one in 15 children and young people in the UK self harm to help deal with feelings of distress, according to YoungMinds, which has resource packs on the subject for young people, parents and professionals available through their ‘No Harm Done’ project.

• Cannabis use: A link has been identified between cannabis use and developing schizophrenia, bipolar disorders and psychosis. Young people are twice as likely than adults to use cannabis, and people are more likely to develop depression and anxiety in young adulthood if they smoke cannabis from an early age, according to Rethink Mental Illness. Much stronger varieties of cannabis, such as skunk, are circulating today with more potential for harm.

Training for all health professionals in mental health would go some way to bridging the gap between mental and physical health, said a report from the All-Party Parliamentary Group (APPG) on Mental Health in October 2018. In addition, more investment in children and young people’s mental health services is needed to support prevention and to improve chances of recovery from mental illness, the APPG concluded. “Overall, there should be an approach that focuses on what we can do to keep people well, rather than only on what we can do when they are already sick,” said the report, which added that “a preventative approach to children’s mental health improves chances of recovery, meaning fewer years spent suffering as a young person”.

People suffering with mental illness may not be receiving the treatment they need as core services are underfunded and under pressure. “We have found that those who are sickest often wait the longest to get help,” said the APPG.

While there is now a greater awareness of mental health generally, “there are still a significant number of NHS professionals who do not have a sufficient understanding of mental illness… All members of staff need to be aware of their patient’s mental health regardless of whether they are being treated for physical or mental health problems. An undetected mental health problem can have fatal consequences,” warned
the MP-led group.

As a starting point, pharmacy teams can offer a non-judgemental listening ear and reassure children and young people that there is help available that can make a big difference, however alone they might feel. 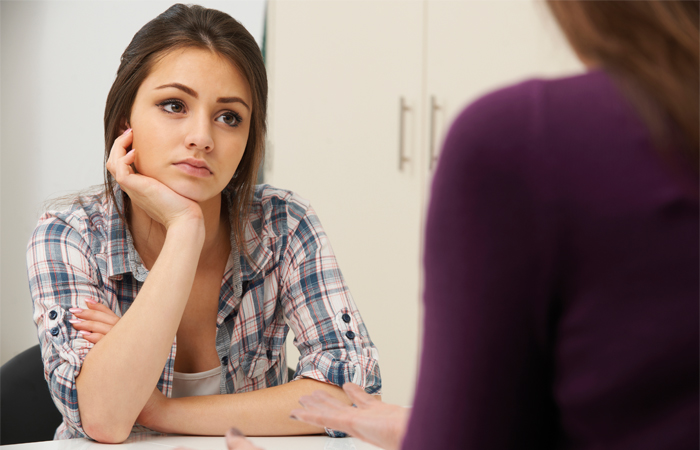 As well as having a role to play in supporting the mental health of children and young people, community pharmacies are often the first port of call for parents and children for other common childhood conditions. So what are the key things pharmacy teams need to know?

There are several things to remember when considering colic – an infant must display all of the following symptoms from birth to four months of age:

Persistent diarrhoea may be caused by a viral infection, especially if it is accompanied by vomiting. If babies and young children are suffering from diarrhoea or vomiting, it is important to give them extra fluids (e.g. oral rehydration therapy) to prevent dehydration. Parents should seek medical help if the diarrhoea and/or vomiting lasts for more than a couple of days or if the child has other symptoms, such as stomach ache or blood in the stools.

As a general rule, a fever in a child is a temperature over 37.5°C (99.5°F). This is often a sign of an infection or illness, but may also occur after vaccinations, during teething or when overly hot.

Junior paracetamol or ibuprofen liquid, at a dose suitable for the child’s age, should help lower a fever. It is also important to keep the child hydrated with plenty of water-based drinks and to keep them cool with light clothing.

If a child seems otherwise well, and is playing and eating normally, the fever is unlikely to be a sign of a serious illness. Parents should seek urgent medical advice if their child has other signs of illness, such as floppiness and drowsiness, a red or purple rash, discoloured skin, cold hands or feet or leg pains, or if the fever is 39°C or more in babies under six months. Fever in babies under three months must be referred to a GP immediately.

Head lice live on the scalp and are spread by head-to-head contact. They can cause itching and occasionally a rash on the back of the neck. An active infection can only be confirmed if a live louse is found, usually with a specially designed fine-toothed detection comb. Most lotions and sprays designed to kill head lice are silicone or oil-based products with a physical action on the lice. Wet combing can effectively remove lice and should be done every few days. Head lice infection is difficult to avoid, although preventative sprays are available.