Being less active during the day has been linked to a variety of health problems, but with more and more jobs demanding desk work, pharmacy teams can be available to help with tips to ensure customers are getting enough daily activity

Modern sedentary lifestyles seem to be taking their toll on people’s health. Spending a large amount of time sitting during the day has been linked to almost 70,000 deaths per year in the UK, according to new research published in the Journal of Epidemiology & Community Health. The researchers from Queen’s University Belfast and Ulster University couldn’t prove that being sedentary directly caused this many deaths. But they estimated that the overall impact of sedentary behaviour costs the NHS around £700 million a year. 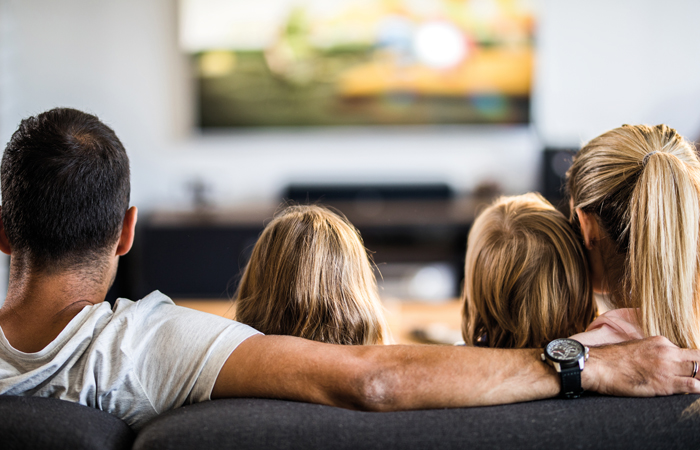 Experts stress that it’s important to put these findings into wider context. “Part of the issue with studies, including this one, is that those with illness or sub-clinical illness tend to sit more because they feel tired,” says Professor Naveed Sattar, professor of metabolic medicine at the University of Glasgow. “In other words, being unwell makes people sit more rather than the other way around. So much of the research this report is based on fails to consider what is called ‘reverse causality’, whereby the bad outcomes cause more sitting rather than – or much more than – the reverse. That said, helping people become more active is a better message. This could include short walks or anything that involves moving around or using some muscles. Activity equals better bodies and minds, and helps people stop putting on weight.”

According to A Healthier Workplace: How employers can reduce physical inactivity, a 2018 Nuffield Health White Paper commissioned by Sport England, increasing physical activity is one of the most powerful health interventions, as up to 80 per cent of a typical working day can be spent in a seated position. Standing all day isn’t the same as physical activity, and many retail or manual workers aren’t meeting the recommended targets for physical exercise either.

Even when people aren’t at work, many leisure activities are largely sedentary. In the Health Survey for England 2016, 40 per cent of men reported that they spent six or more hours totally sedentary at the weekend – watching TV, reading and using a computer other than for paid work – compared with 35 per cent of women. During weekdays, the percentage was the same for men and women at 29 per cent.

“Physical activity is defined as any activity that requires a significant level of energy and raises your heart rate, like running, cycling or swimming,” says Dr Davina Deniszczyc, primary care medical director and charity director at Nuffield Health. “In contrast, sedentary behaviour is defined as long periods of sitting or lying down, like working at a desk all day and then watching TV in the evening. It may come as a surprise but someone can be classed as leading a sedentary lifestyle while meeting the recommended aerobic guidelines of 150 minutes per week. In other words, it’s not enough to go to the gym every evening if you spend the rest of the day stationary.”

The UK chief medical officers’ current guidelines recommend that everyone should be active daily, as well as following specific age-specific guidelines.

Mark Pinches, head of coaching at Westfield Health, says that exercise for adults ideally needs to be tailored specifically for different age groups. “For people in their 20s and 30s, consider an integrated approach to exercise that includes cardio, strength training and stretching,” he says. “Finding the form of exercise that fits these guidelines but is also enjoyable will make it much easier to incorporate into increasingly busy lives. In people in their 30s to 50s, the body no longer recovers as effectively so it can take longer to recuperate after a workout. Keep fit with resistance training and interval-based cardio, such as spinning to increase bone density and keep weight gain at bay,” Mark explains. “From 60s onwards, consistent exercise is vital to increase energy levels and make a noticeable difference. Strength training will help to strengthen bones and muscles, but this should be done with assistance. Workouts such as yoga, which involve balance but aren’t high impact, are also a great way to keep moving without putting the body at risk of injury.”

Current guidelines recommend that everyone should be active daily

The decline in manual jobs and active commuting in recent decades has played a significant role in reducing most people’s daily activity levels and, for many people, cutting down on the amount of time spent sitting during the day may not be easy to achieve.

“Sitting has been described as the new smoking,” says Richard Holmes, director of wellbeing at Westfield Health. “Even if you take regular exercise, sitting down for hours increases the risk of heart disease and diabetes. In a recent review of scientific studies, it was found that the more hours people sat, the higher the number of negative health outcomes. ‘Heavy sitters’, defined as those who sat down for seven to nine hours per day, showed a 90 per cent greater risk of developing diabetes and an 18 per cent higher chance of dying of heart disease or cancer than those who sat less. Fit people who exercised regularly weren’t immune; risks rose at the same rate for every hour spent seated.”

Professor Sattar stresses that there’s nothing bad about sitting down per se, so people shouldn’t worry about sitting down at work if that’s what they have to do. But, he says, people should aim to be more active while commuting to work or during the evening – even adding an extra 1,000 steps every day is a reachable target for most, if they feel they’re not getting enough activity.

There are plenty of ways for people to get more active during the day whenever they can, whether they are in an office, home or other environment. Some companies recommend that employees download reminder software on to their computer, or use a smartphone app, encouraging them to get up and move during the day. Tiina Hoffman, exercise physiologist and master trainer for Firstbeat – a leading provider of physiological analytics for sports and wellbeing – says using fitness trackers can also help people become more aware of how active or inactive they are.

The Moving Medicine tool has been produced by the Faculty of Sport and Exercise Medicine (FSEM) in partnership with Public Health England (PHE) and Sport England. This helps healthcare professionals advise patients on how physical activity can help to manage their conditions, prevent disease and aid recovery.

According to PHE, people with disabilities or long-term conditions are twice as likely not to be active enough for good health. However, one in four people would be more active if advised by a healthcare professional. To encourage more people to be active, pharmacy staff could speak to customers about the benefits of physical activity and risks of inactivity, find out about local resources and services, including exercise and activity referral schemes and be aware of local physical activity options for all age groups.

Becoming more physically active doesn’t have to involve formal exercise, however. Dr Deniszczyc recommends these tips to pass on to pharmacy customers to help them move around more during the day:

Spending a large amount of time sitting during the day has been linked to almost 70,000 deaths per year

These common injuries usually cause pain, swelling and/or bruising around a joint or muscle. Most strains and sprains can be managed at home by following the PRICE procedure:

• PROTECT using a support, such as a bandage or fabric tape

• Apply ICE, such as frozen peas wrapped in a towel, an ice pack or ice pad or spray, to reduce pain and swelling. Apply for no longer than 20 minutes, every two to three hours for the first 48 to 72 hours after the injury. Don’t allow ice to come into direct contact with the skin, as it can cause a cold burn

• Apply COMPRESSION. Apply an elastic bandage to the injured area during the day to limit swelling or movement. The bandage should be snug, but not so tight that it restricts blood flow

• ELEVATE the affected area on a pillow to reduce swelling.

Customers can take paracetamol or ibuprofen, if suitable, to ease any pain – although UK guidelines recommend not taking oral NSAIDs in the first 48 hours after an injury. They can also use topical NSAIDs.

Customers should also be advised to avoid HARM (Heat, Alcohol, Running, Massage) for the first 72 hours. If the symptoms

aren’t getting any better, or are getting worse, they should speak to their GP or consult a physiotherapist. Persistent joint or muscle pain may have an underlying cause, such as arthritis.

Regular exercise has many benefits, but does carry some risks if customers don’t take precautions and use the right equipment and techniques to reduce the risk of injuries. “Minor injuries such as sprains and strains, aches and pains, are almost inevitable when people take part in sport and exercise,” says Jillian Watt, director of marketing and new product development (NPD) at Mentholatum. “So it’s important for them to know how to treat less serious injuries themselves and stay on track.”

Blisters are usually caused by friction and/or pressure on the skin. Customers should be advised not to pop blisters, as this can damage the healing skin underneath and increase the risk of infection. Blisters should be treated by:

If the blister does pop, wash it with soap and water, apply an antiseptic cream or gel and cover with a plaster or bandage. Most blisters should heal well on their own, but customers should see their practice nurse or GP if they have increasing pain, swelling or redness; pus on or around the blister; or a fever. To prevent further blisters, customers should wear well-fitting shoes and sports socks that absorb sweat.

A cramp occurs when a muscle contracts and won’t relax. This can last for up to 10 minutes and the muscle may feel tender afterwards for up to 24 hours. Muscle cramps during exercise may be caused by not warming up before starting the exercise, dehydration or an electrolyte imbalance such as magnesium or potassium.

If cramp sets in, customers should be advised to stretch and massage the affected area, walk around to get their blood circulation flowing and drink plenty of water to help them rehydrate. They could also use sports drinks to replenish their electrolyte levels. If the muscle is sore once the cramp eases, oral painkillers may help.