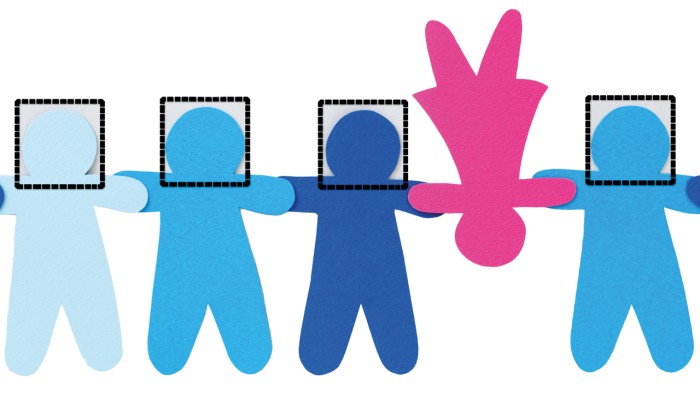 The gender gap in neurodevelopmental diagnoses

More women than ever are testing themselves for ADHD. So, why is there a gender gap in diagnoses for the neurodevelopmental condition?

The number of women, girls and people assigned female at birth testing themselves for attention deficit hyperactivity disorder (ADHD) has increased from 7,700 to 254,400 over the past two years, according to new research conducted by Clinical Partners, one of the UK’s leading mental health care providers. The researchers also found that there has been a rise in women being diagnosed with the disorder, warning there is evidence that those suffering may be consistently under identified.

Around one in 20 adults have the condition and currently, boys are four times more likely to receive a diagnosis than girls. This disparity, professionals argue, is not because girls are less susceptible to the disorder. In fact, women are actually just as likely as men to suffer from the condition, according to publication ADDitude, the leading media network for parents and adults living with ADHD. So why is this not being reflected?

ADHD is a condition that affects the way people behave. The exact cause of the disorder is unknown, but it tends to run in families and can occur in people of any intellectual ability – although it is more common in those with learning difficulties.

Typically, the disorder presents itself in two different ways:

These symptoms can cause problems in a child’s life, such as underachievement at school, problems with discipline and poor social interaction with other children and adults.

Signs of ADD include:

Around two to three in 10 people with the condition have problems with concentrating and focusing but not with hyperactivity or impulsiveness. This can mean the problem often goes unnoticed because symptoms may be far less obvious.

The difference in symptoms

Despite widespread improvement in the understanding of ADHD, the myth persists amongst many professionals that the disorder primarily affects boys, men and people assigned male at birth.

This can have a particular effect on an all-important early diagnosis. Symptoms of ADHD tend to become more apparent when a child starts school, putting teachers in the unique position to spot initial signs. As the disorder is often associated with male behaviour, however, boys are more commonly suspected of exhibiting symptoms.

Indeed, Dr Tony Lloyd, chief executive officer of the ADHD Foundation – who has ADHD himself – highlights and condemns the stigmatising and inaccurate stereotypes of ADHD being pigeonholed as “hyperactive fidgety boys who are naughty”, explaining that girls with the disorder are “more likely to be labelled daydreamers, chatterboxes and low ability”.

Some healthcare experts put this preconceived idea down to a difference in symptom presentation across the genders. “ADHD is under-recognised in girls and women because the symptoms of ADHD we associate with hyperactivity and impulsivity present differently or are absent in females,” argues Dr Pablo Jeczmien, consultant psychiatrist at Clinical Partners.

Experts also highlight the fact that girls with ADHD tend to put more effort into offsetting and even concealing their symptoms than their male peers. To maintain their grades, for example, girls are often far more eager to put in extra hours of revision or ask their parents and teachers for help.

This tendency to minimise symptoms is a problem that is extremely common in women of all ages across the world, according to Dr Fiona Gupta, a neurologist and director of wellness and health in the Icahn School of Medicine’s department of neurosurgery. “As women, we’ve been taught from an early age to rationalise warning signs of physical or mental health problems,” she explains.

Research suggests this sentiment works both ways as women often find their physical or mental symptoms diminished. Indeed, a recent Government survey ‘Women’s Health – Let’s Talk About It’, found that many women’s “symptoms were not taken seriously or dismissed upon first contact with GPs and other health professionals”.

This problem is “a huge issue in medicine” according to Dr Tia Powell, a bioethicist and professor of clinical epidemiology and population health. “Healthcare providers may have implicit biases that affect the way women are heard, understood and treated,” she adds.

Over the past few years, research into gender bias in healthcare (focusing on men and women) has gained more and more traction. Overall, it indicates that gender bias diminishes the speed, accuracy and efficacy of medical diagnoses. Whilst this has an impact on both genders, it is most severe for women.

When it comes to ADHD, gender differences are poorly understood, partly because previous research included a limited proportion of girls, leading to symptoms typically presented by men and boys informing stereotypes.

A boy with certain ADHD symptoms, for example, could be seen as more representative of the ‘typical ADHD child’ than a girl with the same symptoms and therefore could receive a diagnosis more easily, according to research published in the Journal of Consulting and Clinical Psychology.

Additionally, there is strong evidence that therapists’ clinical judgment is affected by biases regardless of different external symptoms. Research suggests that “females with ADHD may be more easily missed in the diagnostic process unless they have prominent externalising problems”.

Furthermore, the research uncovered that even if only a few ADHD symptoms are present, but some diagnostic criteria is missing, boys are much more likely than girls to be diagnosed with the disorder.

This implies that even if symptoms are presented in the exact same way, they will still be evaluated differently due to a patient’s gender, highlighting the important role healthcare providers have in challenging outdated assumptions.

Missing out on an ADHD diagnosis in the early stages of life can cause multiple problems for an individual growing up. “Many women whose symptoms are missed as children find their struggle to receive a diagnosis at a young age can affect their whole lives,” says Dr Jeczmien. “Undiagnosed ADHD can lead to serious mental health problems such as anxiety, depression, self-harm, eating disorders, difficult relationships and traumatic experiences.”

Women who do describe ADHD symptoms to their GP are routinely handed antidepressants due to the disorder being misdiagnosed as a mental health condition. This is largely because “the criteria doctors use to diagnose ADHD are outdated,” explains clinical psychologist Kathleen Nadeau. “[It indicates] that ADHD is to be considered as a potential diagnosis for adults only if a patient has experienced significant symptoms from an early age. Yet, many girls with ADHD fly under the radar during early years with the disorder.”

In fact, it is thought that some women only recognise the condition within themselves after their own child has been diagnosed with ADHD.

Disparities do not end at diagnosis as women and girls usually require a different treatment strategy to their male counterparts. Whilst both genders benefit from stimulant medication, for example, girls often also require treatment for anxiety, and some cannot tolerate stimulants without extra support from other medications.

How can pharmacy teams help?

Working in a customer facing role, pharmacy teams are in prime position to look out for less obvious symptoms of ADHD. Staff should pay attention to symptoms in their female customers such as appearing forgetful, having a short attention span and a tendency to make careless mistakes.

Having the relevant information and being able to suggest parents speak to a GP makes all the difference and allows pharmacy teams to play their important part in reducing bias surrounding female diagnosis from a young age.

Pharmacy teams should also be aware of the treatments used to manage ADHD, including the five listed treatments: methylphenidate, lisdexamfetamine, dexamfetamine, atomoxetine and guanfacine. Therapy is also highly recommended alongside treatment, which can be beneficial to additional conditions that can arise, such as anxiety disorders.

The pharmacy could also signpost parents and adults to resources for ADHD such as:

The good news is that slowly but surely biases are being broken down. As Dr Lloyd explains: "We are realising ADHD is much more prevalent in girls than thought" confirming that more women are being diagnosed with the disorder than ever before.

This in turn is having a positive effect on their mental wellbeing. "When finally receiving an ADHD diagnosis and the right support, many women report they feel much happier," says Dr Jeczmien. "They are more productive, have happier relationships and finally feel more ‘in control’ of their own habits."