Obesity has been moving up the Government’s agenda in recent years, but the UK population is still piling on the pounds. So how can community pharmacy teams help?

Tackling obesity is one of the greatest long-term health challenges faced in the UK. Some 25 per cent of UK adults are obese – the highest prevalence in Europe – and type 2 diabetes has risen by 65 per cent in the past 10 years, according to the charity Public Health Collaboration. Together these two conditions cost the NHS £16 billion a year. Worryingly, one in three children leaving primary school are already overweight or living with obesity, paving the way for a lifetime of ill health. 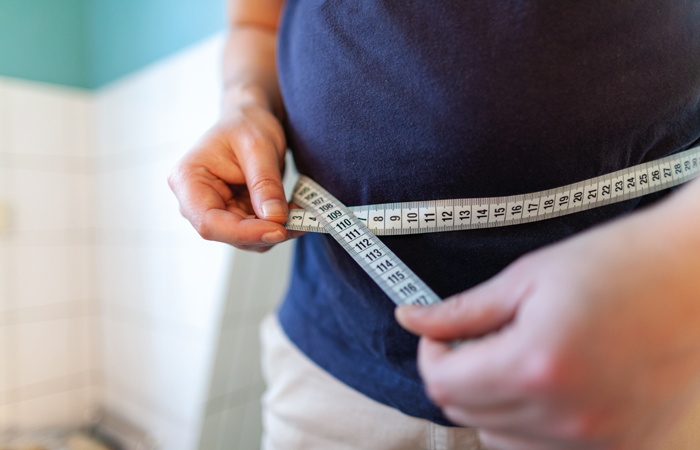 Obesity is associated with reduced life expectancy because it is a risk factor for a range of chronic diseases including cardiovascular disease, type 2 diabetes, liver disease, respiratory disease and at least 12 kinds of cancer, as well as having an impact on mental health.

There is also evidence that people who are overweight or living with obesity and contract Covid-19 are more likely to be admitted to hospital, to an intensive care unit, and to die from Covid-19 compared to those of a healthy weight.

All of these factors have prompted the Government to bring forward a new national health strategy entitled ‘Tackling obesity: empowering adults and children to live healthier lives’.

The measures outlined in the strategy include:

The strategy has also promised to expand weight management services to help more people get the support they need to lose weight. This includes accelerating the NHS Diabetes Prevention Programme to support those people who are most at risk (see panel below). This programme has already provided support to over half a million people, with this expansion aiming to give tens of thousands more the access to these services than was originally included in the Long Term Plan.

In addition, all Primary Care Networks (PCNs) will be able to equip their staff to become healthy weight coaches though training delivered by Public Health England (PHE).

This plan has been launched alongside PHE’s new Better Health campaign, which encourages people to look at how they live in the wake of the Covid-19 pandemic, promoting evidence-based tools and apps with advice on how to lose weight and keep it off. People who are living with obesity can use the Better Health 12-week weight loss plan app to develop healthier eating habits, get more active and lose weight by setting weight loss goals, customising their own meal and exercise plans, and recording their activity and progress.

The Government’s strategy aims to reach millions of people who need to lose weight, encouraging them to make behaviour changes to eat better and move more so as to prevent or delay the onset of serious diseases.

It is also holding businesses to account, with PHE committing to introduce legislation that requires restaurants, cafes and takeaways with more than 250 employees, to provide calorie labels on the food they sell and, for now, encouraging smaller businesses to do this voluntarily.

Expert bodies have broadly welcomed the strategy. “Reducing obesity in the UK is a complex issue that cannot rely on exercise and willpower alone,” says Dr Charmaine Griffiths, chief executive of the British Heart Foundation. “We are particularly pleased to see the Government embrace measures to curb the marketing and promotion of unhealthy foods, like the proposed 9pm watershed on online and TV junk food adverts. Studies have shown that this measure could lead to 40,000 fewer children living with obesity, and 120,000 fewer with a weight classed as overweight.”

However, there are some caveats. “The Government’s new strategy on obesity is a positive first step, but obesity is a complex disease”, says a spokesperson for the Association for the Study of Obesity (ASO), calling for a “multi-level whole-system approach… to support people”.

A multi-system strategy is also key because the problems of obesity are so widespread. The latest NHS statistics on obesity show the majority of adults in England were overweight or obese in 2018/19 – 67 per cent of men and 60 per cent of women – with 20 per cent of Year 6 children classified as obese.

Prevalence was over twice as high in the most deprived areas than the least deprived areas, with overconsumption of calories one of the most significant contributing factors in becoming overweight. The data shows many adults are consuming 200 to 300 extra calories a day above recommended daily guidelines, with children who are already overweight consuming up to 500 calories more than they need every day.

Being obese puts people at risk of a long list of health problems. Day-to-day issues related to obesity include breathlessness, difficulty doing physical activity, fatigue, joint and back pain, low confidence and self-esteem, isolation, and depression.

It also increases the risk of potentially serious health conditions such as type 2 diabetes, high blood pressure, high cholesterol and atherosclerosis (where fatty deposits narrow the arteries) which can lead to coronary heart disease and stroke, asthma, metabolic syndrome (a combination of diabetes, high blood pressure and obesity), several types of cancer, fertility problems and complications in pregnancy.

Obesity reduces life expectancy by an average of three to 10 years, and it is estimated that obesity and being overweight contribute to at least one in every 13 deaths in Europe.

Many people who are overweight or living with obesity want to lose weight, but find it hard. One reason is the food choices they have access to, and the information they are given to make those choices.

So while any action on obesity is welcome, will the Government’s latest strategy really help? The ASO warns that “the anticipated policies do not go far enough to address biological and environmental drivers that oppose sustainable changes in behaviour”, and they are not alone in this viewpoint.

Graham Phillips, director and superintendent pharmacist of iHeart Pharmacy Group, and founder of the ProLongevity health management programme, says that although he has “no arguments” with the aim of the strategy, some individual points need work.

“It’s good that the traffic light [food labelling] system is being overhauled as I think that’s a complete disaster,” says Graham. He also takes issue with the Government’s “so-called Eatwell guide”, which he says is “written by experts who all work for the processed food industry and they don’t declare it, yet this is what healthcare professionals are supposed to use to advise people”.

The strategy has also promised to expand weight management services

Although not directly mentioned in the Government’s new obesity strategy, community pharmacy teams are in pole position when it comes to supporting people to make the necessary changes.

“As the third largest [healthcare] profession, pharmacy should be at the centre of any plan for the prevention agenda, supporting weight management and reducing the risk of serious illness such as cardiovascular disease and type 2 diabetes,” says Claire Anderson, chair of the Royal Pharmaceutical Society’s English Pharmacy Board. “As Healthy Living Pharmacies, community pharmacies are best placed as accessible health centres, particularly for those in deprived areas, and already play a huge role in reducing the health inequalities.”

A good way to start engaging customers in conversations about weight and health is by promoting relevant campaigns and awareness days – such as World Diabetes Day on 14 November 2020. Pharmacy teams can take the opportunity to join forces with local gyms and/or fruit and vegetable retailers and share information by advertising offers or promotions they are running and signposting people to the weight management and diabetes services that pharmacies and other organisations in the community provide.

“We need to make a social movement for change,” says Graham. “You can’t outrun a bad diet, so the fundamental answer is to eat ‘real food’. What’s also missed and not discussed is the importance of sleep – for mental and physical health and immunity – which is why I’m campaigning for training on nutrition, exercise and sleep to become an integral part of pharmacy professionals’ training.”

In the meantime, if pharmacy teams want to brush up on their own knowledge, as well as cementing their reputation in the community as the experts in health, Graham recommends joining The Public Health Collaboration as local ambassadors to get involved in informing and implementing healthier decisions in local communities.

Focus on ‘Healthier You’

It has recently been announced that people who are found to be at high risk of developing type 2 diabetes will be fast-tracked into the ‘Healthier You: NHS Diabetes Prevention Programme’, following research that showed a third of people who have died in hospital from Covid-19 had diabetes.

The programme supports people to lose weight and adopt healthier habits. Using an online tool hosted by Diabetes UK, individuals answer a series of basic questions to calculate their risk of developing type 2 diabetes. If their score is moderate or high, they can refer themselves to a local Healthier You service for support, without having to go through a healthcare professional. So far, over half a million people have been referred into the programme, and those completing it lost on average 3.6kg. 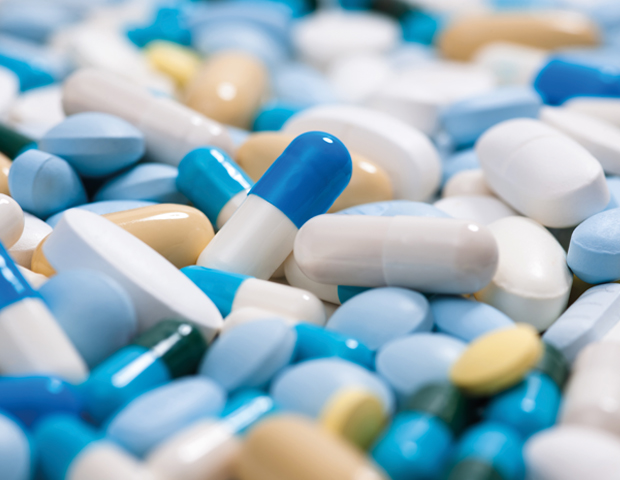 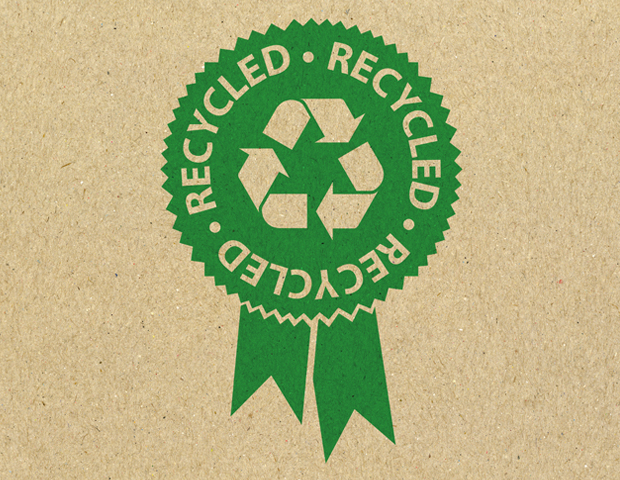